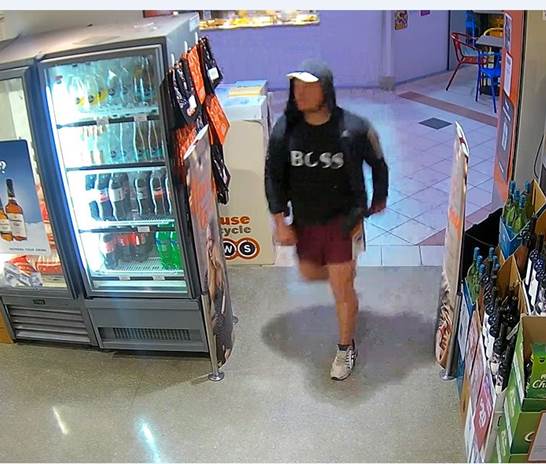 ACT Policing has issued a CCTV image of a man who is believed to have robbed an Erindale bottle shop last Friday, 27 April.

Police said that during the robbery, which occurred at BWS Erindale on Comrie Street about 5.40 pm, an employee was knocked to the ground and injured.

The offender was wearing maroon Broncos football shorts, a BOSS T-shirt, a dark hooded jumper and a white cap.

Kacey Butterworth - 10 seconds ago
Tim, let’s move. View
Jodie Kerec - 1 hour ago
Lisa Van Schieveen we could live here together. View
Gabrielle Driver - 2 hours ago
Lauren Edney look how nice it is. I'd have the cottage View
Food & Wine 12

Peter Hatfield - 34 minutes ago
Or just go to the Jollimont and catch a comfortable coach and be in Sydney an hour faster, and at a fraction of the real cost... View
Greg Myat - 3 hours ago
Ross McConchie I agree with you entirely about using rail more to get trucks off our main routes. But trains are the most eff... View
Gail Annette Tregear - 4 hours ago
Canberra Airport has mow come of age but the Railway Station is much as it has always been. Most visitors don't know it exist... View
Opinion 47

Kathie Nash - 35 minutes ago
Canberra will never get its own AFL team while we only have a 'stadium' that holds 13,000 at maximum. Need a bigger stadium t... View
Olaf Moon - 4 hours ago
Tasmania First, NT second View
Sport 7

Donna Hofmeier - 37 minutes ago
Why ? NSW Rugby have never been kind to us. View
Jay Annabel - 4 hours ago
If the emus don't mind travelling, why not? View
Matt Fallon - 5 hours ago
Dunx Fallon i rckn both View
Food & Wine 4

Futureproof - 6 hours ago
One thing that these lockdowns have taught me - if you were ever going to start a business, make sure you can sell all your p... View
News 2

Tom Worthington - 7 hours ago
The ACT Library ‘mystery boxes’ look a good idea. However, I was confused by the eligibility requirement "unable to acces... View
show more show less
*Results are based on activity within last 7 days

Police investigating after reports of gunshot in Bruce

@The_RiotACT @The_RiotACT
The new #VaxTheNation campaign is urging Australians to get the jab for COVID-19 so music venues can return to hosting gigs and delivering live #entertainment https://t.co/lo3ejx179F (56 minutes ago)