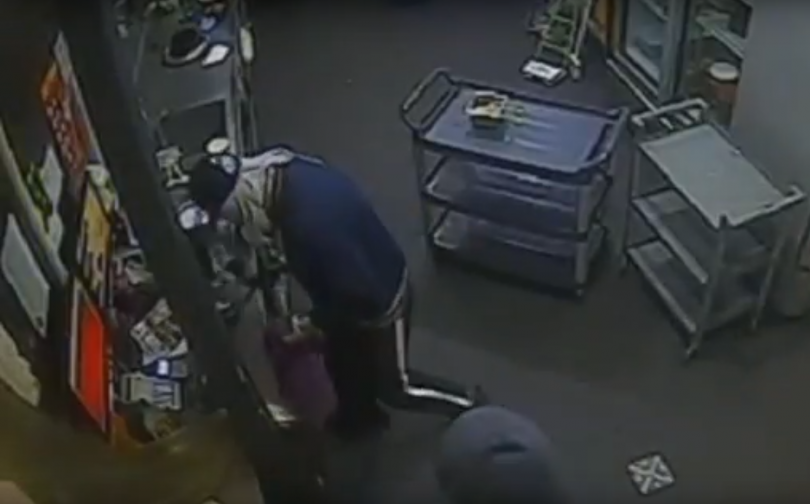 A still from the CCTV footage.

ACT Policing has released CCTV footage of an aggravated burglary at the Crust pizza store on Liardet Street in Weston last Thursday night (Thursday, 11 January 2018), and appealed to witnesses to come forward.

Two masked male offenders carrying knives can be seen entering the empty store, then removing the days takings from the till and a number of pizza delivery bags, as well as what appears to be a laptop computer. 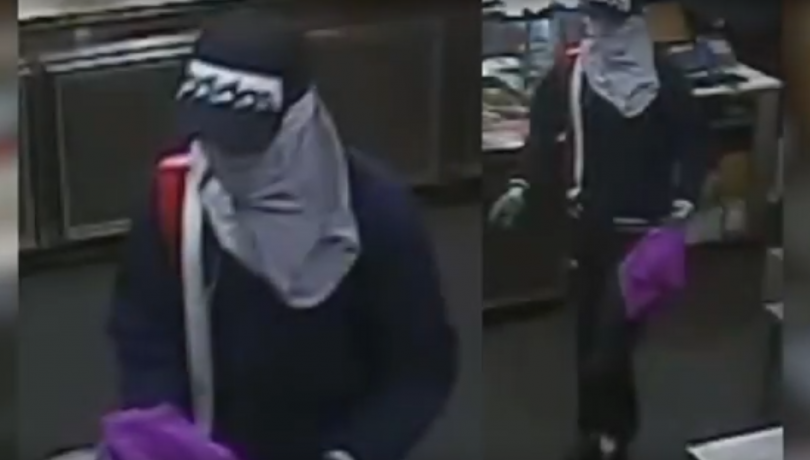 Police said the pair entered the store at about 10.15 pm, fleeing soon afterward in a blue sedan, possibly similar to a Nissan Pulsar or a Mitsubitshi Lancer. The vehicle was last seen driving along Parkinson Street, towards Namatjira Drive, Weston.

The first offender is described as approximately 180cm (6’) tall and of a slim build. He was wearing a mask, gloves, a grey coloured hooded jumper, black coloured pants and white coloured shoes. He was also carrying a knife in his right hand. 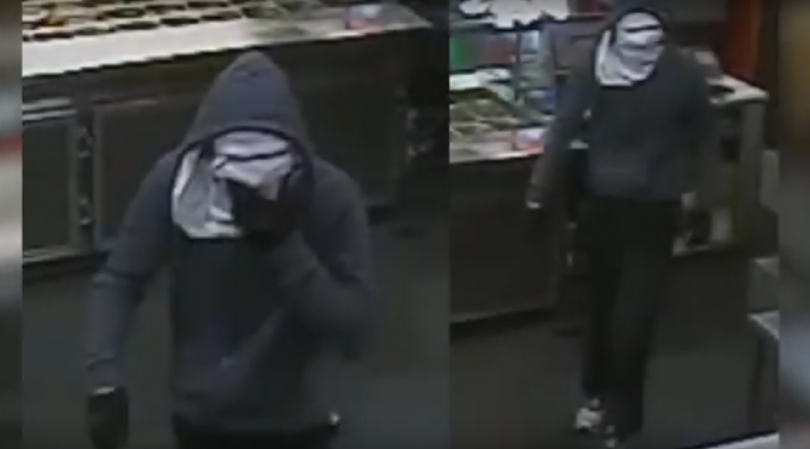 The second offender is described as approximately 180cm (6’) tall and of a slim build. He was was wearing gloves, a black coloured baseball cap, a black coloured jumper and dark coloured pants. He was also wearing a mask and carrying a knife.

Police urge anyone who may have witnessed the burglary or who may have any information to contact police on 131 444.