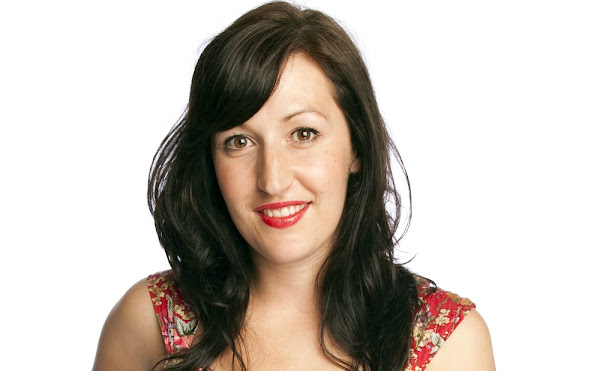 Not actually delayed. That’s the name of her show. Celia Pacquola is performing at the Canberra Comedy Festival on the 20th and 21st of March according to her media release.

One of the best comedians on the Australian circuit, and now making waves
internationally, Celia won the Age Critics Award at the 2011 Melbourne
International Comedy Festival and appeared on Good News Week, Spicks
and Specks, Adam Hills in Gordon Street Tonight, The 7pm Project, and
Chelsea Lately. She also plays EJ on ABC’s hit TV show Laid.
Celia has just finished performing Delayed at the Adelaide Fringe Festival,
where it received 4 and a half stars in The Advertiser. Last year she received
4 stars from the Herald Sun and 4 stars in The Age at the Melbourne
International Comedy Festival.

Tickets can be booked through the Canberra Comedy Festival website.

Perry Matthew - 3 hours ago
Great opinion piece, the drivers are being extremely greedy. Shame that Suez can't can them (pun intended) and hire folks who... View
Matt Donnelly - 7 hours ago
ok commie View
Shaun Coash - 8 hours ago
Michelle Ntz and now there is an article. Lol View
Food & Wine 8

Nicole Kopplemann - 8 hours ago
These guys catered an event I was at today. Fantastic food. View
Opinion 3

Lee McDowall - 11 hours ago
Nurses should be paid so much more. Garbos think they have a tough job, swap for a day then ask for 12% over 3 years. Nurses... View
Roberta Lynne Anning - 12 hours ago
Give them the same pay that the garbos get, and give the garbos the same pay that the nurses get. They just might shut the he... View
Rodney Thompson - 22 hours ago
Someone who actually deserves a payrise. View
Community 22

Clare Jones - 19 hours ago
Why say these are open when the two we've been to still have temporary fencing and one even still had a tractor inside the fe... View
Business 5

Ashley Wright - 22 hours ago
Chris Olsen actually Clinton was right. William Hovell drive had the limit lowered between Coulter Dr and Bindubi street beca... View
Tolga Altinbas - 1 day ago
Because one is a roadwork sign. And the other one is always there on the pole View
Wang Chow - 1 day ago
My guess is that they changed the speed limit in Chisholm/Richardson because its cheaper than putting in more speedbumps that... View
News 21

@The_RiotACT @The_RiotACT
A slice of Canberra's history will be on display in Civic tomorrow. Here's what makes it so unique ... https://t.co/lVtEtheBJK (8 hours ago)

@The_RiotACT @The_RiotACT
Hot in the City: Herbert’s at Evatt is quickly becoming a beloved new local https://t.co/ArFVZO3LZN (9 hours ago)

@The_RiotACT @The_RiotACT
Buyers are flooding the Canberra housing market, pushing prices to record highs. Find out why and what's hot https://t.co/PqxXutRy0V (11 hours ago)