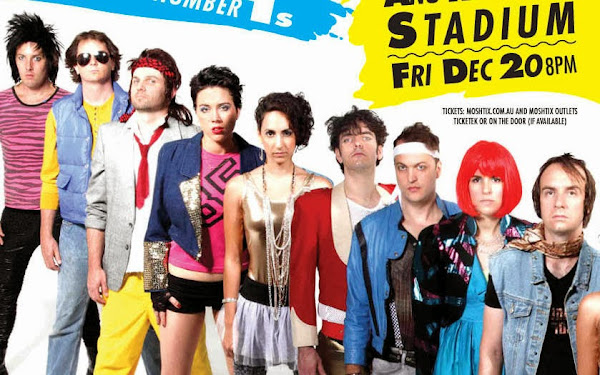 Have you finished your Xmas present shopping ? Have you even started ? It’s the year two thousand and nineteen eighty thirteen and Cell Block 69 have the perfect gift for you. The gift that just keeps gifting. And that gift is Rock n Roll (and to a lesser extent, synth pop).

Corey is returning to Canberry. It’s been a quite a year and what better way to celebrate it than to spend a night with the 9 Corey’s of Rock (and to a lesser extent, synth pop). Don’t just celebrate it. Cellablockarate it !

“We tell our tour management to book us in for our stadium spectacular in Sydney, your nation’s capital. We love it there”, exclaims guitarist and lead keytarist Corey Axelrod. “Especially with your world famous Bonsai Beach and your Rock Opera House. So when we see Canberry pop up in our extensive but very well disguised tour schedule we can’t even imagine concealing the amount of glee that would normally exude from a collaborate force that was exuding an undisclosed but very largely proportioned amount of glee.

We love that little place in the hills. Our fans in Canberry know we are number one in Rock (and to a lesser extent, synth pop). Our friend Bruce used to own a stadium there but I think he sold it to the Australian Institute of Sport. So although Duanne Le Corey-Michaels is a world celebrity sporting champion (particularly in croquet) we thought it would be more fitting these days for the ANU Bar and Stadium to host our annual Rock (and to a lesser extent, synth pop) Spectacular.

Canberrians understand the 80’s. When Nik Kershaw stole our song and sang the words “Wouldn’t it be good to be on your side”, he was talking about the western side of the Monaro highway. Sure Nik didn’t actually know what he was singing about because he doesn’t have a PHD in Geography or Town Planning like Duanne Le Corey-Michaels does but I’m sure you get the picture.

Canberrians have touched us in a very special way. We love you loving us and we’ll be back for more. Last time we were there, in March, the Canberrian mayor put on a fireworks display over the Canberry lake in our honor. This time they are extending a special bus service to take our Canberrian fans (the Blockheads) home at the end of the night from the Canberry City Interchange. Rock Action Buses !

Oh, I should mention that an awesome bunch of Canberrians called “Prom” will be our support band on the night. Obviously it’s impossible to be as awesome as us but these guys are very awesome indeed”.
What: Cell Block 69
When: Friday 20th December
Where: ANU Bar and Stadium
Why: Obey Corey. Just do it.
How: Tix available through:
Moshtix:
http://admin.moshtix.com.au/v2/event/cell-block-69/68961?&skin
or Ticketek :
http://premier.ticketek.com.au/shows/show.aspx?sh=CELLBLOC13

or at the door if not sold out ! 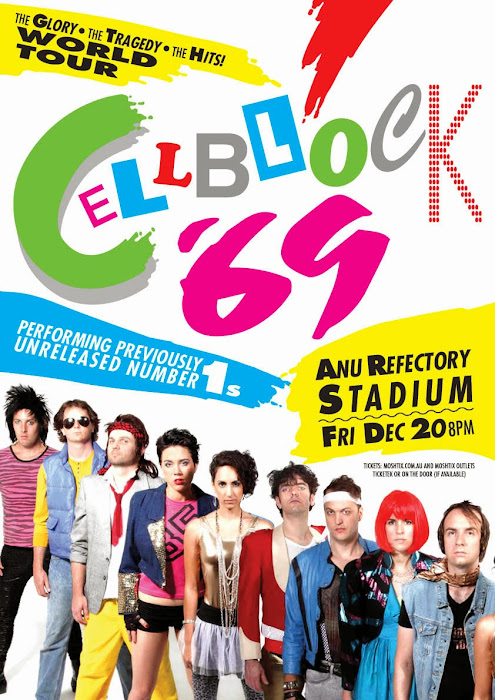 A taste of Corey :
http://www.youtube.com/watch?v=KnKxs_wd9xc

I should probably add this. How to get home from the Cell Block show. For free:

Yes, I’ll be needing an additional budget for hairspray alone. Bring it on !

Awesome. Just bought mine – Moshtix seemed a fair bit cheaper than Ticketek after Ticketek’s booking fees, transaction fees, fees for the sake of fees. Just sayin’…..
Now to start on my outfit!

Christopher Cuba Rabanal - 11 minutes ago
Make me an offer I can’t refuse 😝😝😝 View
Kir Rin - 1 day ago
WHS Act is able to trump Discrimination law in certain circumstances. So presumably it’s possible. View
HiddenDragon - 2 days ago
A very interesting related legal question will be businesses which promote themselves as "safe" because their staff have been... View
Food & Wine 108

Bob Jones - 7 hours ago
Deb Wheare And Lynne Meredith... I've heard because of the more right someone who identifys as being an Aboriginal or Torres... View
Kev Martin - 16 hours ago
I find If you stop breaking the law, you don't get locked up View
Deb Wheare - 1 day ago
Jacob Torresan face palm View
Property 14

Pari Gilmour - 18 hours ago
I support a burnout pad. Zero interest myself but obviously these guys need a social space to do their thing. Happy to suppor... View
Opinion 33

@The_RiotACT @The_RiotACT
The victim of an attempted robbery at Belconnen says her impression of the city has changed forever after a thief tried to steal her bag https://t.co/3SlXYFKuaL (45 minutes ago)

@The_RiotACT @The_RiotACT
For the fourth year in a row, the Toyota Corolla has taken out first place in the top ten vehicles bought in Canberra. Did your car make the list? https://t.co/rsV9yLItXn (4 hours ago)