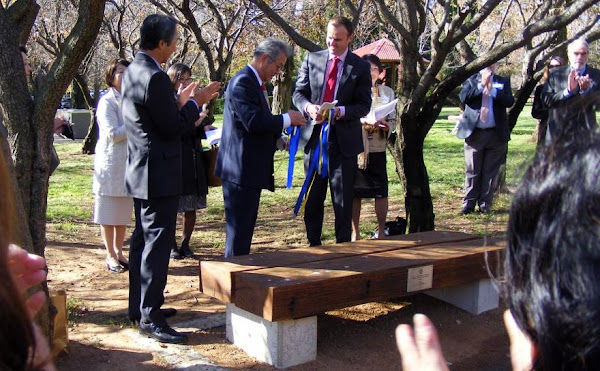 This just in from the Rotary Club of Canberra:

A centenary gift of two seats at Nara Park from the Rotary Clubs of Canberra and of Nara (in Japan) was presented today to Deputy Chief Minister Andrew Barr by the Presidents of the two Rotary Clubs – Natalie Vandepeer-Bradley of Canberra and Keisuke Sawai of Nara – watched by HE Mr Yoshitaka Akimoto, the Ambassador of Japan, and Rotary District Governor Phil Armstrong.

The two Rotary Clubs have been twinned since the city of Canberra was twinned with the city of Nara, the ancient capital of Japan, in the mid-1990s.