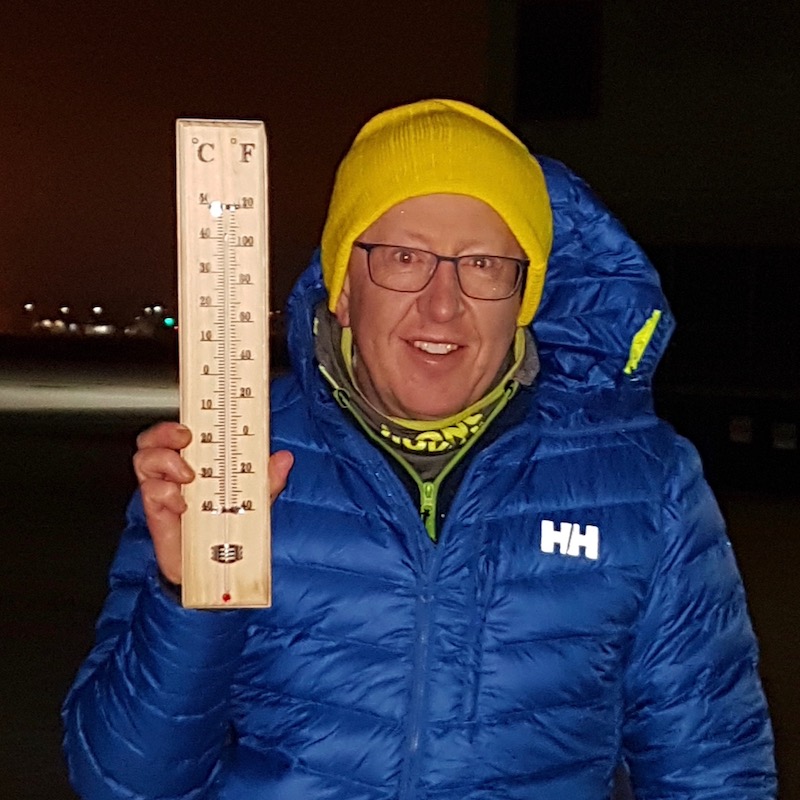 Shaking frost from their sleeping bags and straightening out their stiff joints after sleeping overnight on three sheets of cardboard, business chiefs have called on the Australian Government to raise the fortnightly allowance for jobless young people.

Canberra Airport Managing Director Stephen Byron, who raised a record $70,000-plus for the annual St Vincent De Paul Sleepout, says economists believe a higher Newstart rate would be fairer and a much-needed economic stimulus. “If you are not at university, marginalised, in poverty, battling for a place to live, it is basically a complete joke,” he said.

Mr Byron says the ACT Council of Social Services suggests a $75- a- week increase. He says the Reserve Bank, KPMG, Grattan Institute and Deloitte Access Economics say the increase will stimulate the economy and create jobs. 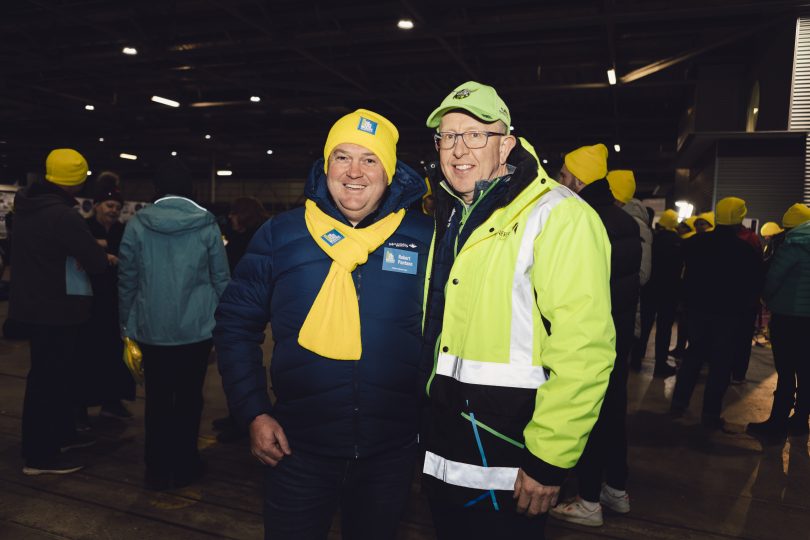 O’Neill & Brown Group Managing Director Robert Pantano, who raised $43,000, acknowledged the generosity of his supporters within the construction industry. He says he got through the freezing ordeal in the knowledge it was for one night only.

“Some people have to go through this every night,” Mr Pantano says. He thought of the volunteers and St Vinnies helping other people, night in, night out, 365 days of the year. “I was blessed to go home to a warm house, whereas others are not so lucky,” he says.

In thermal clothing, a jacket and $70 sleeping bag, Mr Pantano nodded off to sleep several times throughout the night at the Canberra Airport. “A plane parked right outside where I was sleeping about 11:30 pm. After that I dozed off,” he says. He was sent a screenshot of a thermometer showing minus 4.7. His sleeping bag was frosted over at the end of the night.

St Vinnies engaged chief executives in role playing the disadvantage. Mr Pantano played Mike, a father of an eight-year-old son, unable to afford to register his car. Mr Pantano says the allowance of less than $300 a week is not enough to survive.

Mr Byron’s role was Mike too. He went to Access Canberra who, unable to help with rego, referred him to Centrelink to attempt obtaining a loan. “At Centrelink, what became clear was the anonymity, sense of helplessness and impenetrable wall designed to keep you out and marginalised, rather than to help you,” he says.

Mike’s loan application was rejected because he had not repaid his previous one – probably a not uncommon situation – and he risked losing his Newstart allowance of $560 a fortnight.

Financial counselling revealed his income of $560 a fortnight was well short of rent, groceries and other expenses totalling between $800 and $900 a fortnight.

This year in Canberra 170 business and community leaders together raised more than $770,000 for Vinnies programs and services by sleeping out. As well as raising funds, the annual event, held at capital cities all around Australia, aims to educate participants about the realities of homelessness, and living life below the poverty line. 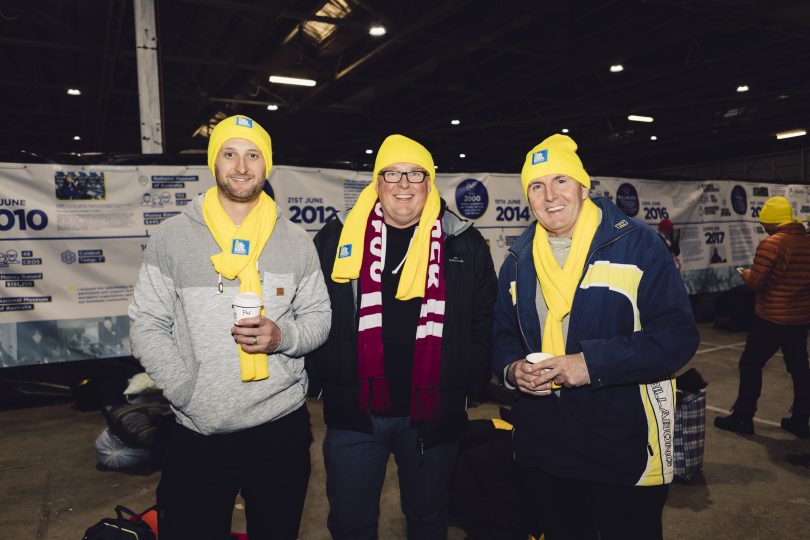 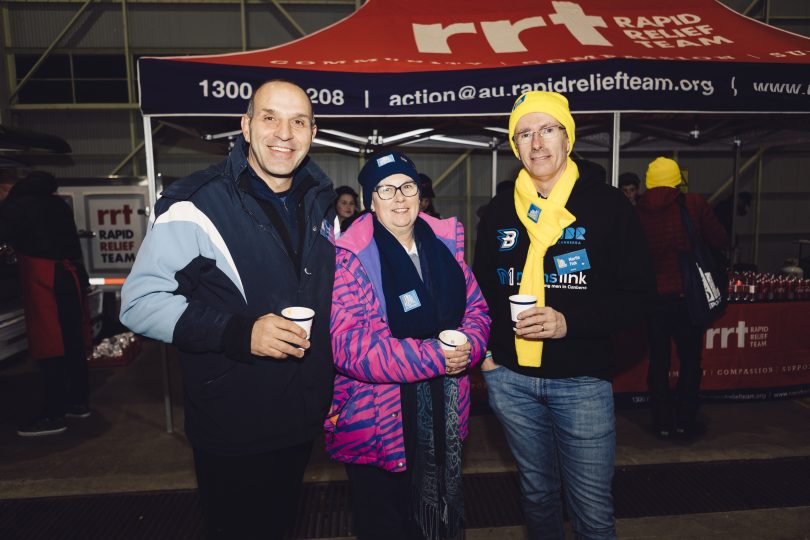 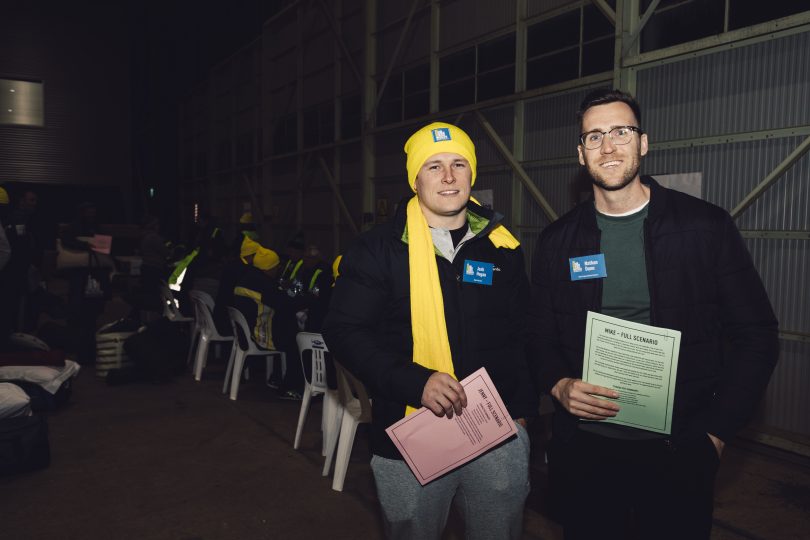 The role-playing allowed CEOs to better understand the multiple factors contributing to homelessness, and the complexities associated with breaking the cycle of poverty.

Some feedback from CEOs included:

“Brilliant! Brings it all home and makes it real! Well done Vinnies!”’

“Eye-opening. Well done Vinnies for all the great work you do!”

“Referral fatigue makes one angry about the system.”

“Frustrating, humiliating, demeaning. Having to retell your story again. It was a relief to end up at Vinnies.”

It’s not too late to donate – fundraising will continue until the end of July. www.ceosleepout.org.au 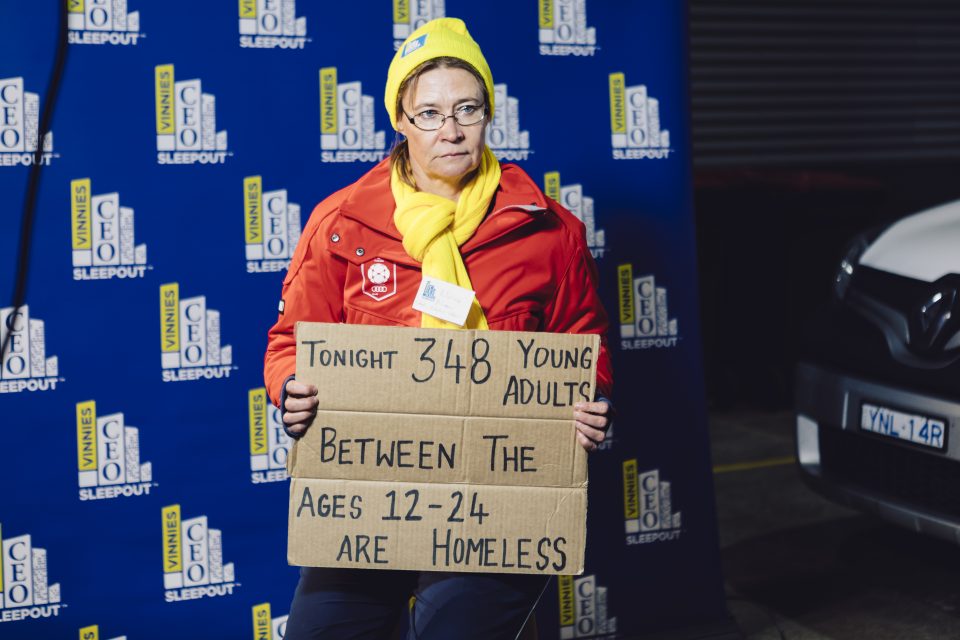 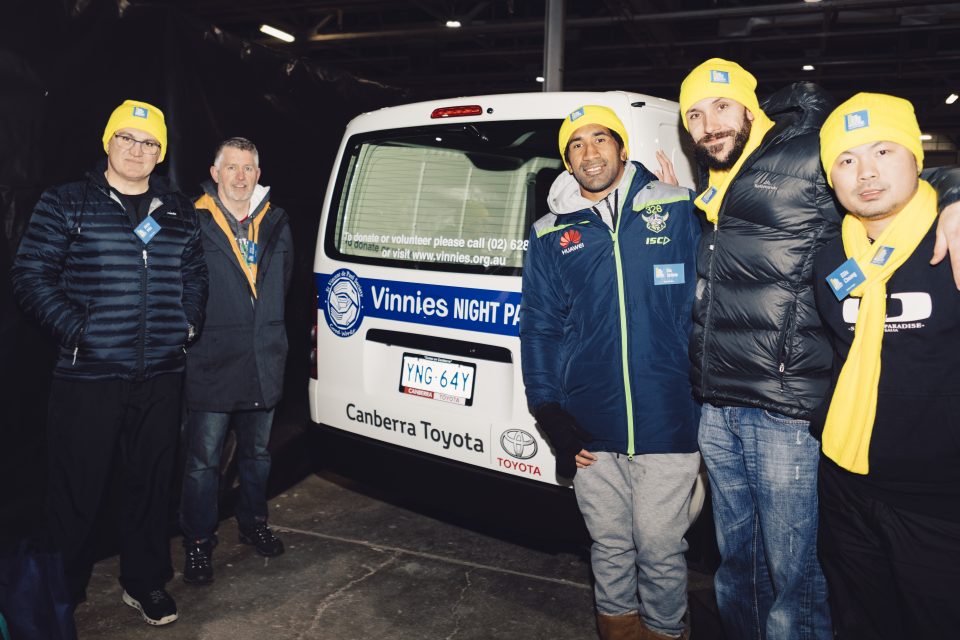 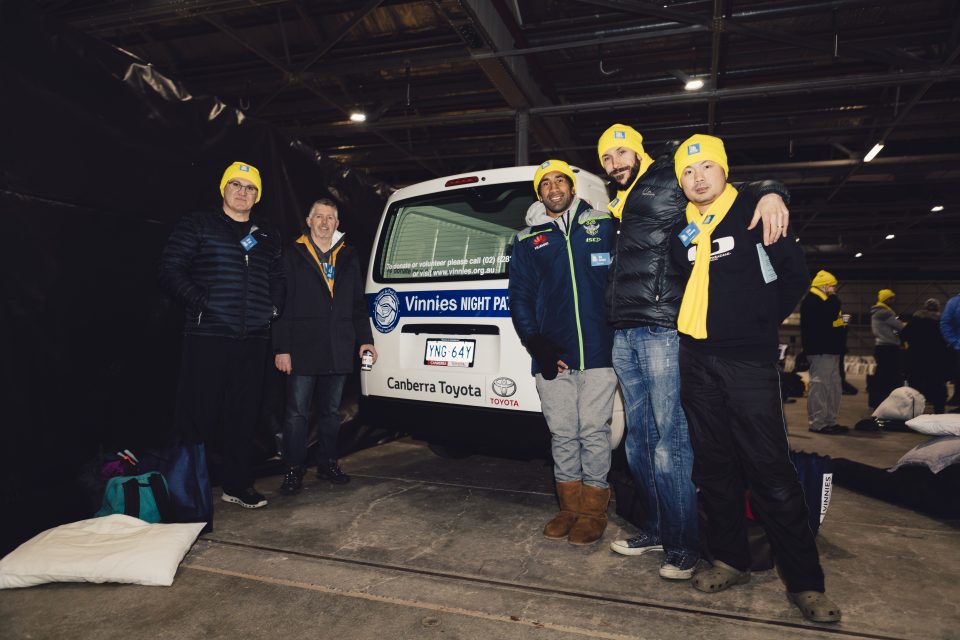 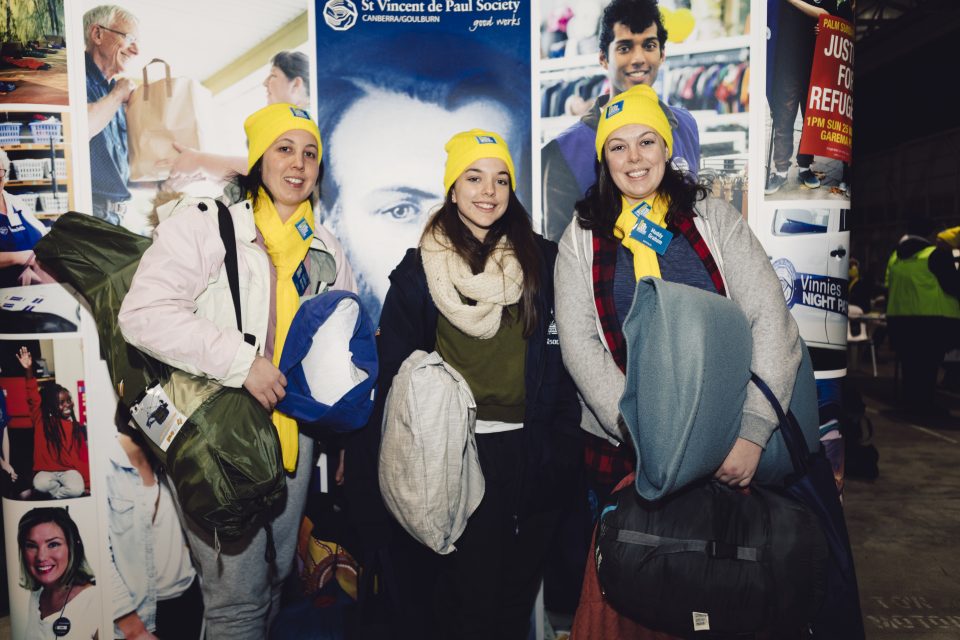 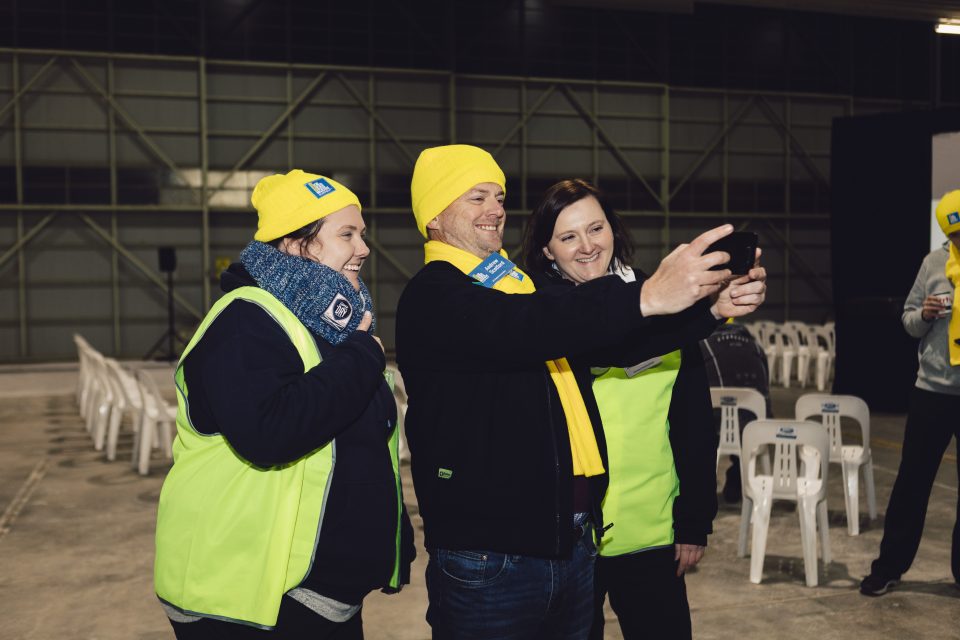 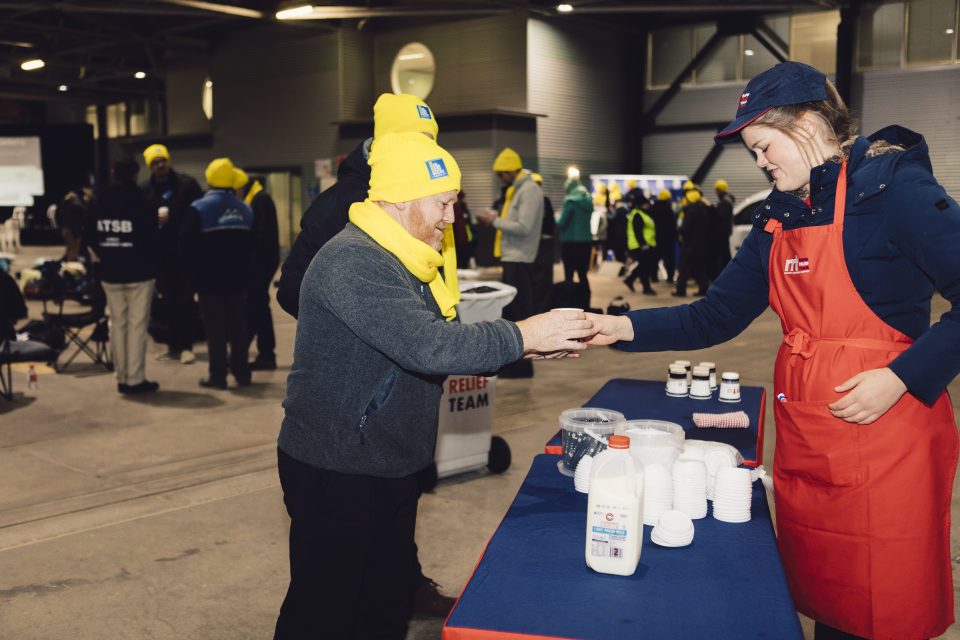 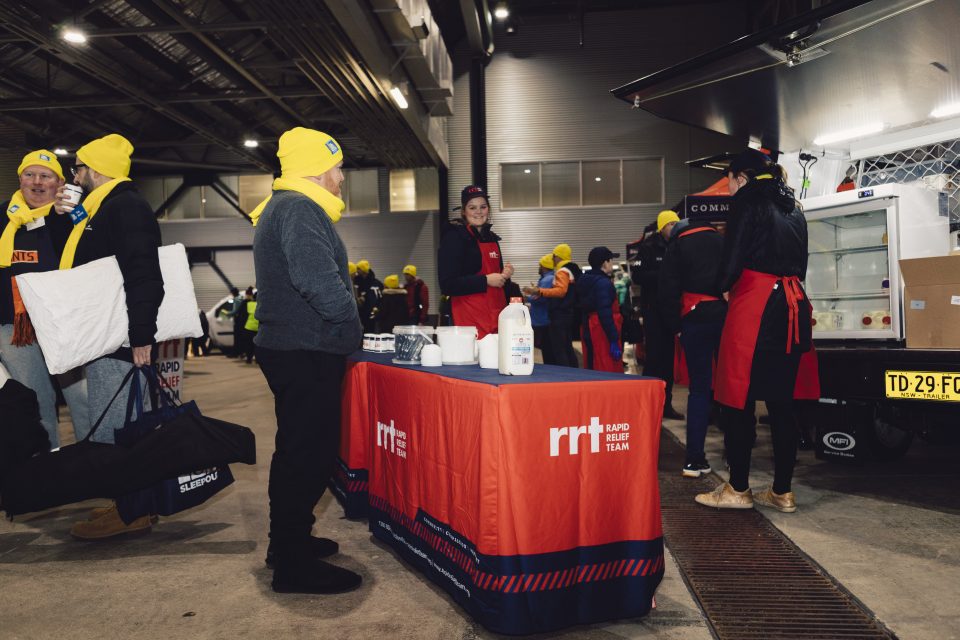 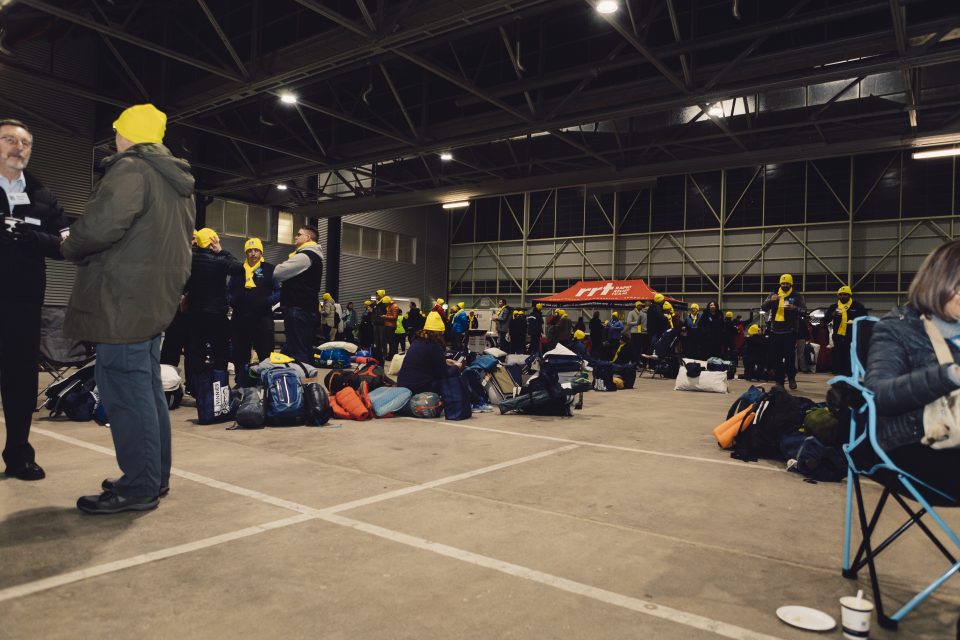 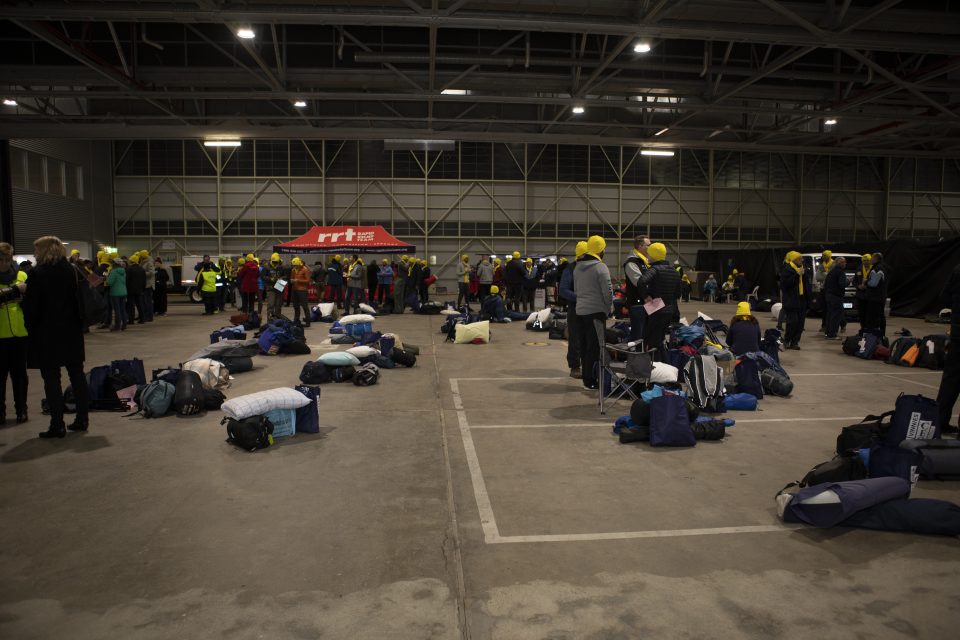 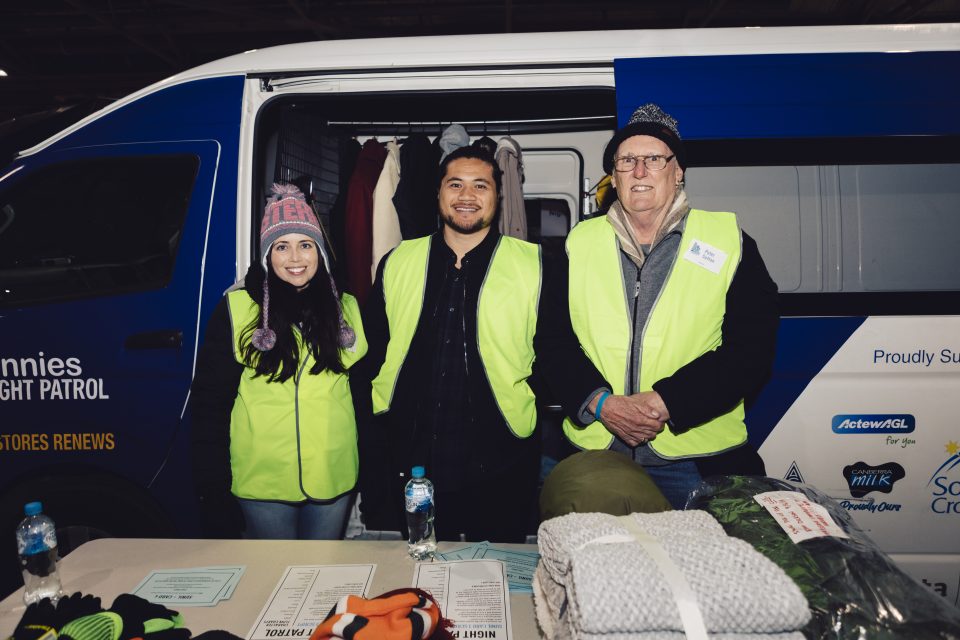 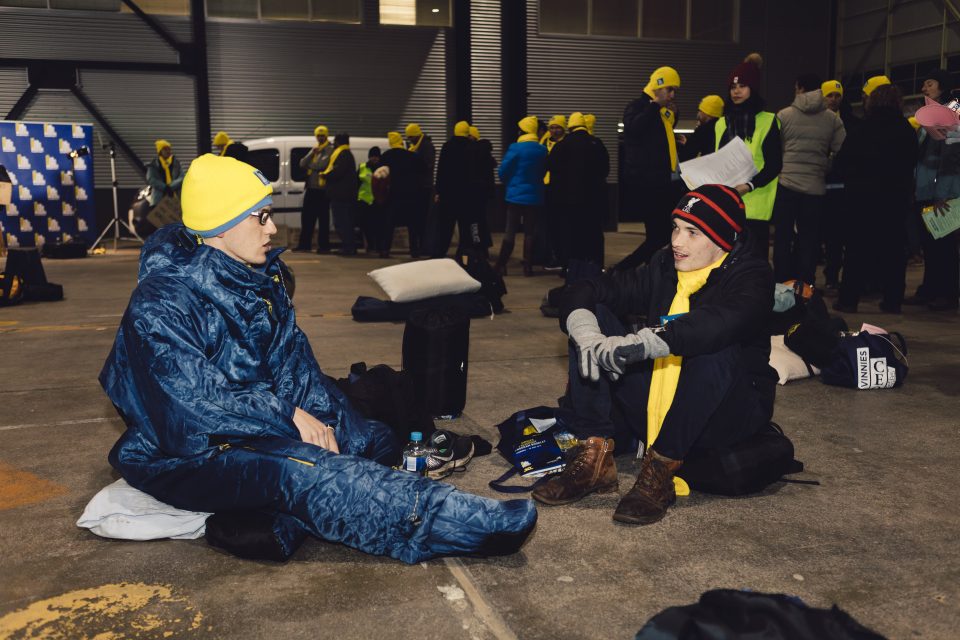 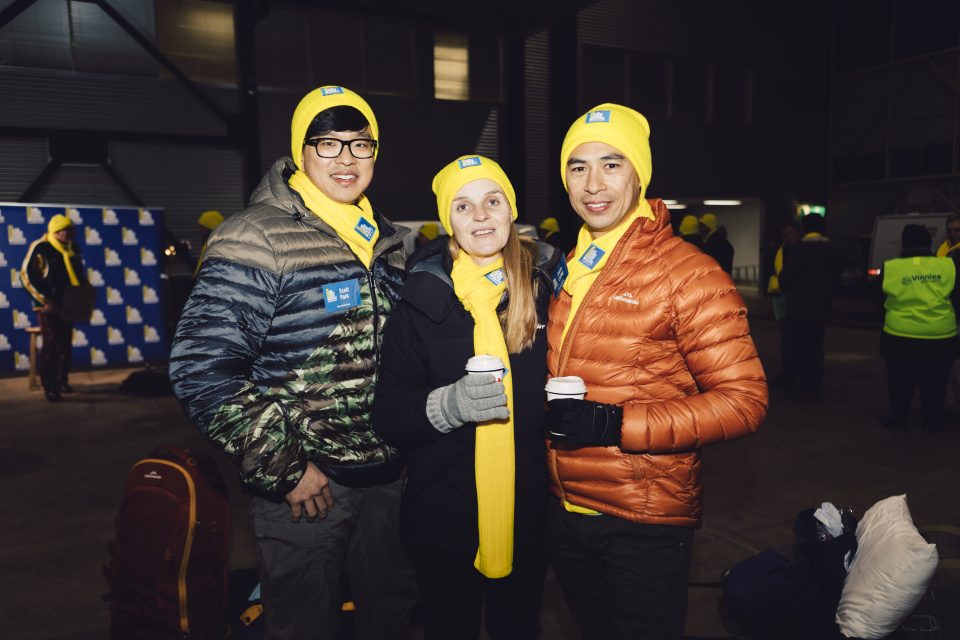 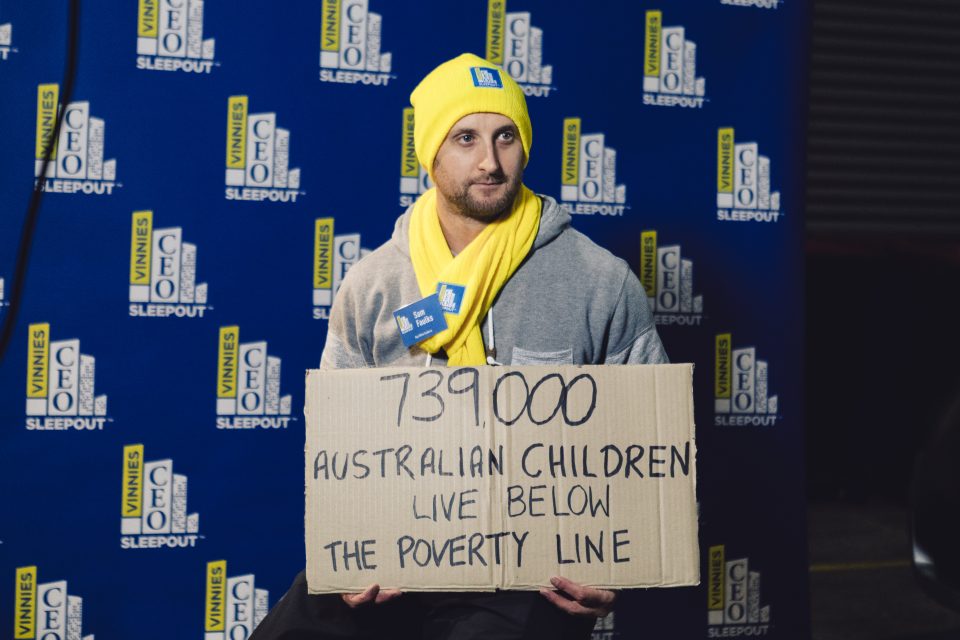 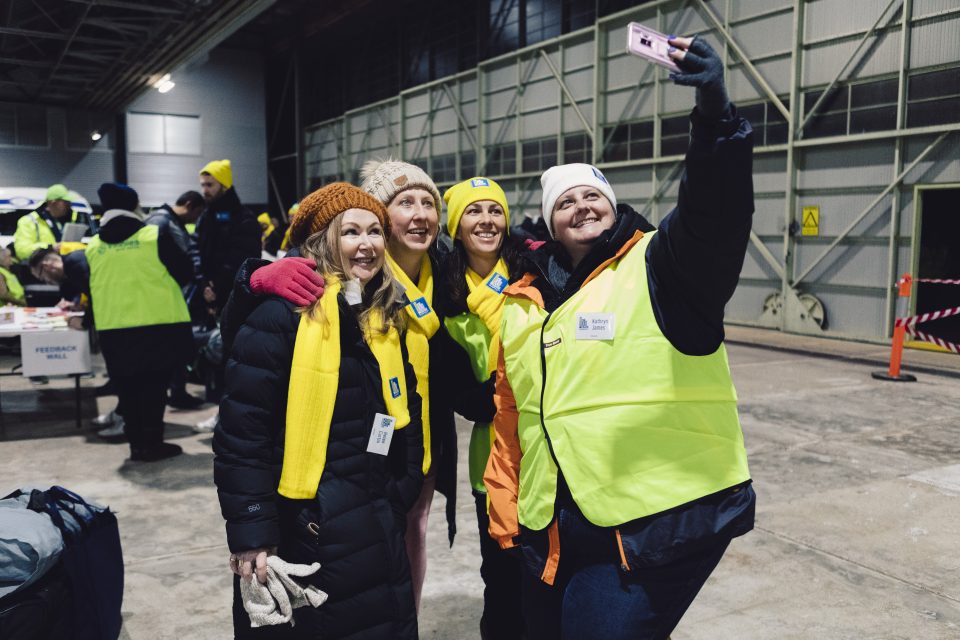 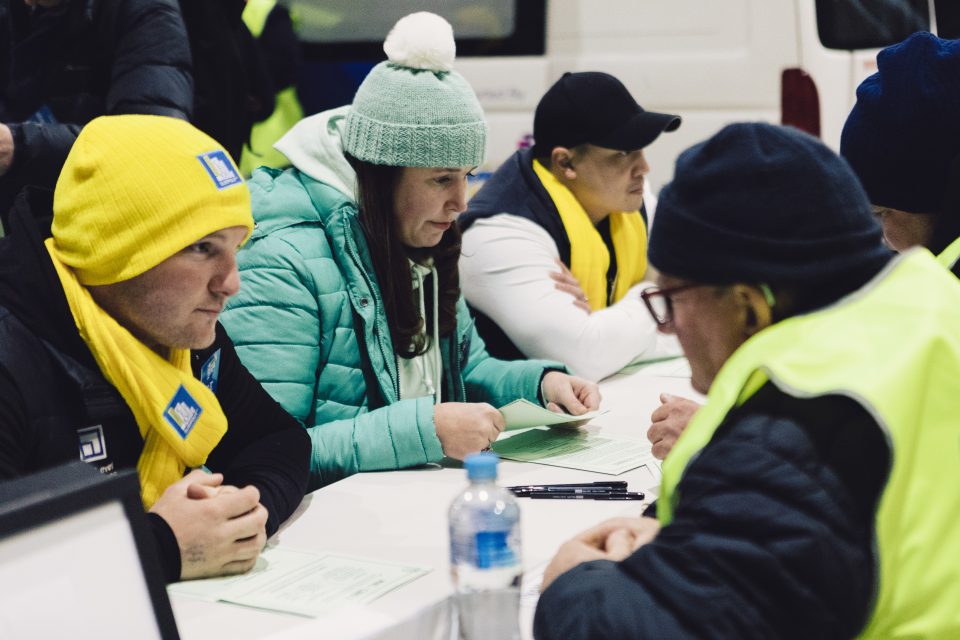 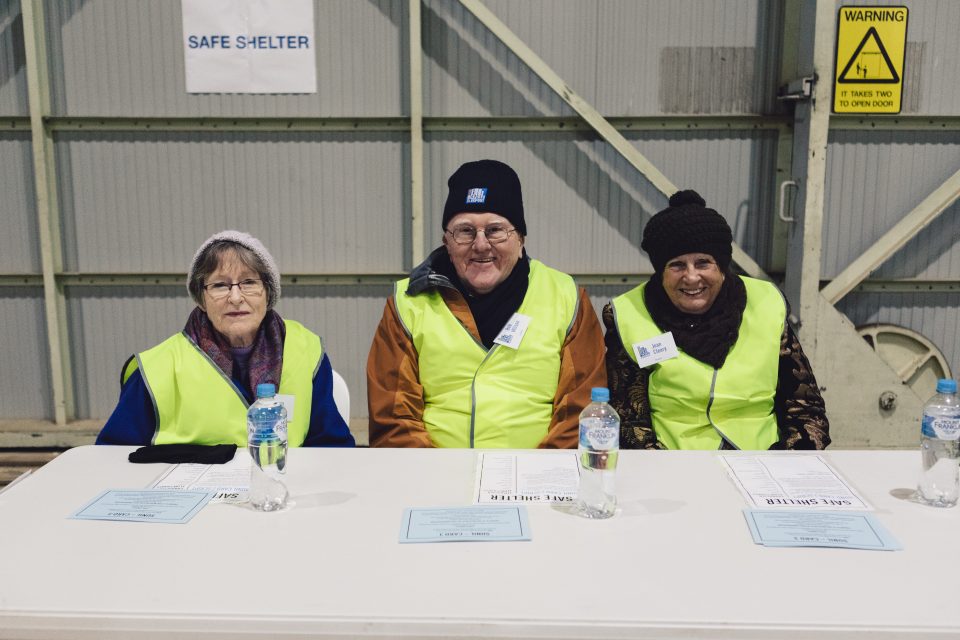 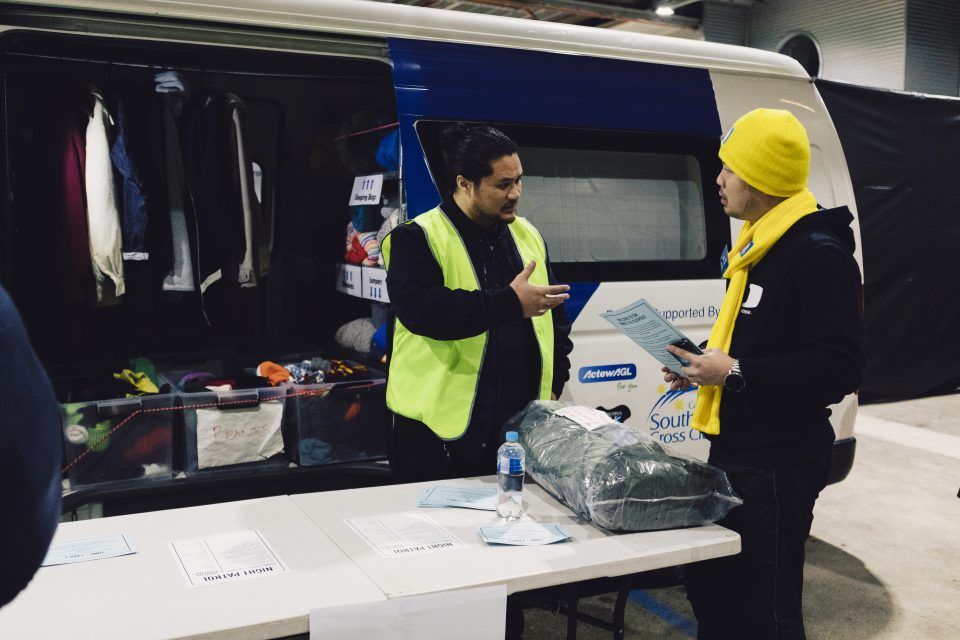