Experts in buying, selling & renting
Your property, your future
26 September 2013

Charity bins to be consolidated, clamping down on filthy bogans

Mayor Rattenbury has made known the success of the charity bin trial (consolidating the bins to areas they can be better policed), and plans to extend it Territory-wide:

“Charity bins allow the community to support charities with donations of clothing, footwear and blankets, but unfortunately they also tend to attract illegal dumping. This dumping is not only unsightly, but also poses a problem for charity groups and ACT Government staff who are called on to remove it.

“The ACT Government has worked with local charity groups over the past 18 months to develop and test solutions to the problems caused by illegal dumping.

“A six-month trial where charity bins were consolidated into group centre locations showed benefits in significantly reducing the spread of illegal dumping and allowing more targeted enforcement activities, while not causing any significant decrease in the amount of usable donated items – despite the reduction in charity bins.

“The Code of Practice proposes the extension of this approach throughout Canberra with bins consolidated into larger regional areas where they can be better monitored by passers-by and also by City Rangers.

“The new Code outlines requirements for charity groups to closely manage their locations by emptying the bins and removing accumulated material within 24 hours of it being reported.”

A tragedy a return of the stocks was not given the chance it so richly deserved.

Re the Garema Place stocks – farmers could donate their over-ripe eggs, fruits and vegetables for sale by the good folks who currently derive their extra income from begging. The beggars would earn an honest living as well as providing a useful service; the rest of us would be endlessly entertained (children’s competitions could be held for the most accurate or most creative throwing) while at the same time providing food for the stockees, saving the gubmint the cost of feeding them. The stocks would be a significant tourist attraction, benefiting the local eateries and innkeepers as well as the Territory budget.

As in the old recipe for rabbit pie, first catch you rabbit.

The stocks will be pretty useless if no-one is ever caught.

I’ll add that we should have a wooden platform built above the stocks, so we can climb the stairs, look these scumbags in the eye then take a piss on their face. That’ll teach ’em.

It’d be interesting to see if it was legal, and if so, how many votes it gained.

An ideal place for the charity muggers! :p

Good idea. Though the stocks would’ve been a nice touch! 😀

Went out to Dickson tonight and saw what a filthy mess dumpers had left in the woolies carpark. Worse still, it looked as if some scumbags tried to pry one of the doors open on one of the bins. Yeah, stock ’em! 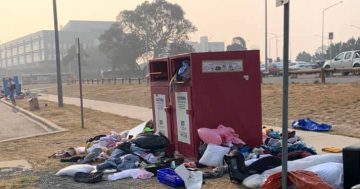 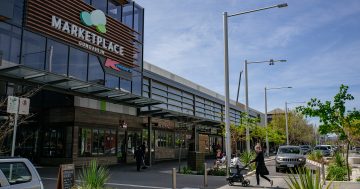