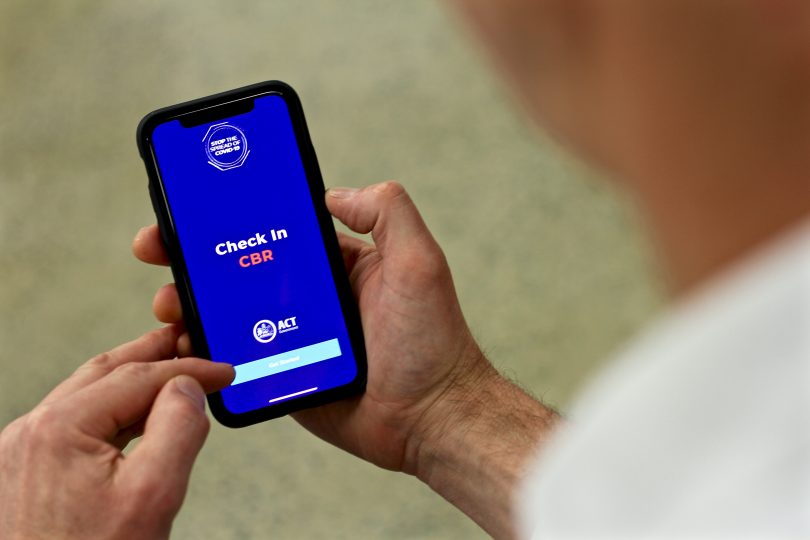 Changes to check-in requirements in the ACT mean the app is only mandatory in high-risk settings from today. Photo: Michelle Kroll.

From today, Canberrans will only be required to use the Check In CBR app to check-in at high-risk settings.

The changes came into effect at 11:59 pm last night (11 February), but businesses are encouraged to continue displaying their QR codes so patrons can use them for their own contact tracing records.

Check In CBR is now only mandatory at licensed bars, pubs, registered clubs, strip clubs and brothels, as well as organised events that are not ticketed or pre-registered, such as conferences and markets.

Checking in will also still be required at schools and early childhood settings.

She unequivocally rejected earlier calls from Opposition Leader Elizabeth Lee to ‘scrap the app’, arguing instead the Territory must be prepared to manage future waves.

Most healthcare or aged care facilities have their own contact tracing systems in place, Ms Stephen-Smith said recently.

She’s also said Canberrans should expect more changes to the app in the next few weeks, with automated exposure notifications likely to be introduced.

It’s still unclear how this will work as the app doesn’t yet have a check out functionality like the Service NSW app.

Low-level public health directions such as the requirement to remain seated while eating and drinking, the dancing ban and an indoor mask mandate remain in place until Friday, 25 February.

At a review earlier this week, Chief Health Officer Dr Kerryn Coleman decided to leave them in place due to concerns about people returning from holidays and increased movement in the community thanks to school and work going back in person for many.

Daily caseloads numbers have increased slightly in the last few days as authorities had foreshadowed.

It’s still the ACT Government’s recommendation that people work from home where possible and practicable throughout February.

The public health emergency declaration – and its associated limited vaccine mandates – was also extended for an extra 90 days earlier this week.

The government is continuing to work on COVID-19-specific pandemic management legislation which will likely pass the Assembly in the coming months.

Under the proposed legislation, the government will have fewer emergency powers at its disposal. It’s also hoped the bill will allow for additional safeguards and oversight powers.

Chief Minister Andrew Barr told reporters yesterday it’s still too early for the ACT to consider moving to the next phase of the National Plan.

A priority for the Territory will now be preparing for a predicted winter Omicron wave to coincide with flu season, Mr Barr said.

With international borders closed and some form of public health measures in place, the last two flu seasons were mild.

I stopped using it while ago – that and the NSW app. I got COVID from the workplace and not some random in a 3000 square foot store 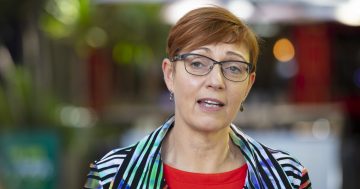