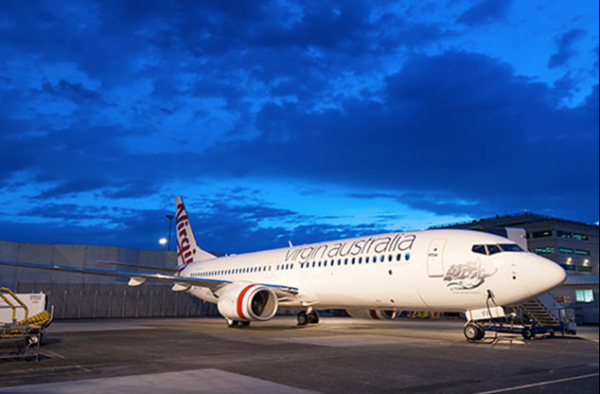 Virgin Australia dropped direct flights to Hobart in 2013 but the booming Tasmanian tourism market could provide an opportunity for it or other airlines to re-establish the link, the Chief Minister believes. Photo: File photo.

Fresh from landing daily flight services to Canberra from Singapore Airlines and Qatar Airways, Chief Minister Andrew Barr has turned his sights on renewing direct links to the booming tourism destination of Hobart.

Virgin Australia scrapped direct flights in between the capitals in 2013, in part due to limited demand, but Mr Barr feels the weather is changing.

He recently told the Legislative Assembly during Question Time that he had written to the Tasmanian Premier, Will Hodgman, suggesting they work together on re-establishing the direct Hobart link.

“We will continue to work with the tourism sector, particularly those in the transport sector, to make it cheaper and easier to get to Canberra. Members would be aware of the significant work that has been undertaken in partnership with Canberra Airport,” Mr Barr said.

“It is terrific that from May we will have two international airlines flying daily into Canberra, arguably two of the best airlines in the world. We will continue our focus on low-cost domestic aviation and on working with Virgin and Qantas on improving in particular capital city services.

“I have written to the re-elected Tasmanian Premier seeking to work with him on re-establishing a Canberra-Hobart direct service and, with Tasmanian tourism booming in the same way that ACT tourism is booming, I think we have a positive case to put to the airlines in that regard.”

A spokesperson for the Chief Minister said the ACT and Tasmania were two of Australia’s fastest growing tourism regions.

“According to Tourism Research Australia data for the year ending September 2017, Tasmania and the ACT experienced growth in domestic overnight visitors of more than 12 per cent. Tasmania and the ACT experienced similar growth for international visitors of 18 per cent and 16 per cent respectively for the year ending December 2017. Canberra was also named as the third best global city in Lonely Planet’s 2018 ‘Best in Travel,” the spokesperson said.

The opportunity had been briefly raised with the Qantas Chairman Leigh Clifford and Qantas Domestic senior management but it was early days, with detailed analysis and further consultation with airlines to be conducted.

“The connection would service both cities while more efficiently providing opportunities for short breaks and easy business travel. It would remove the need to transit through the busy major airports of Melbourne and Sydney and deliver time savings that help visitors spend more time in each destination,” the spokesperson said.

The spokesperson said the success of Tigerair’s entry into the Canberra market also demonstrated opportunity for new services, particularly those that offer a leisure-focused product.

“Both Canberra and Hobart offer a diverse range of experiences that will appeal to the communities of each city. Combined with business and government travel, the route should be able to operate effectively in each direction,” the spokesperson said.

Canberra Airport said it would love to see a Canberra to Hobart flight and was working collaboratively with the ACT Government, Hobart Airport and the airlines to work toward that outcome.

“So much of the travel to Tasmania is leisure travel which is the perfect fit for a low-cost carrier. We think it’s a route that would suit Jetstar. We would welcome them flying into Canberra Airport since they are not in this market yet,” an Airport spokesperson said.

But Qantas, Virgin and Tiger all said they did not have any plans for a connection with Hobart.

Qantas said that while it was always looking for new route opportunities, it did not have any current plans for Canberra-Hobart.

Virgin Australia said it is committed to its Canberra services between Sydney, Melbourne, Brisbane, the Gold Coast, Adelaide and Perth.

“We regularly review our network for opportunities, however, we do not have any current plans to operate Canberra-Hobart services,” a spokesperson said.

Tigerair Australia said it continually reviewed its network and talked to many tourism and airport partners about potential future opportunities.

“However there is nothing further to announce at this time. Any future network developments will be announced in due course,” a spokesperson said.

That was all looking good until I got to the sentence near the end: “But Qantas, Virgin and Tiger all said they did not have any plans for a connection with Hobart.”

What Barr really needs is a “pop-up airline”.

Fortress Epiphany - 52 seconds ago
This dress code seems to be influenced by Muslim dress codes….suspicious given that many of the Departments clients are of... View
Mark Johanson - 8 hours ago
WOW, home affairs obviously have a lot on their plate! Talk about the big issues! View
Julie Maynard - 9 hours ago
Why? Too sexy? Can’t the old white men control themselves? From what happens in Parliament, I think I’ve just answered my... View
News 3

Blake Anthony Cross - 2 minutes ago
If you counted every government job as a tax taker instead of ... a job, there really isn't very many jobs here at all. View
Community 11

John Jock Croker - 28 minutes ago
Lewis P Owlay people always say to me is that with a c. So these days I spell it for them C R O ,pause a bit then K E R. HEHE... View
Jill Slaven - 9 hours ago
Steph Jane great story Steph 😘 View
Paula Simcocks - 10 hours ago
In reviewing my own family history in 1850s - there was more religious tolerance than later on. In Angaston, SA all of the co... View
News 19

Aaron Perryman - 7 hours ago
Dont worry you won’t be able to hear the planes over the whinging. View
Kylie Prescott - 9 hours ago
The whole of Sydney is under Sydney’s flight path. Comparing Canberra to Sydney is a beat up. The new high school will be r... View
jwinston - 10 hours ago
Plenty of $1M plus houses in Jerra. Flight path doesn’t seem to affect the price of housing out there…... View
News 105

Katherine Boland - 8 hours ago
What an amazing building. Why can't it be saved and rnovated? View
Courtney Kenny - 9 hours ago
That's so heartbreaking 😪 View
Greg Myat - 10 hours ago
Emma Myatt I would love to. View
Opinion 7

Brianna - 11 hours ago
Oh so true. The selfish actions of a few are greatly impacting the many. I am compromised, my husband is under going chemo. T... View
HiddenDragon - 13 hours ago
The re-purposing of the "we're all in this together" slogan for this pandemic is a perfect illustration of the saying that "i... View
Bernard Miller - 16 hours ago
At last a report that is well thought out, balanced and logical. It was a very pleasant read for a change, such a difference... View
Community 10

HiddenDragon - 13 hours ago
In the afterglow of the Sydney Games, Roy and HG had an amusing conversation about future host "city" candidates, including Q... View
Sport 19

Peter John McBride - 14 hours ago
I can remember doing a sports award night with Phil Lynch. With me at 5' 3", standing next to Phil it was quite the sight. View
Breaking 14

Brisal - 15 hours ago
Save your opprobrium for the federal government, not the states. The feds are the ones that created the vaccine bottleneck wi... View
Public Sector 13

sneddo - 16 hours ago
I am appalled by the possibility of several hundred possibly infectious pollies & offsiders coming to the ACT for next week's... View
show more show less
*Results are based on activity within last 7 days

@The_RiotACT @The_RiotACT
Selected works from some of the ACT's youngest talented artists are now on display. Catch Step into the Limelight at the M16 Artspace until 8 August https://t.co/jX32ulAAlz (10 hours ago)

@The_RiotACT @The_RiotACT
Sue Dobinson's family have been baking traditional Australian bakery food for more than 125 years and she's still operating a successful business in Canberra after more than 25 years https://t.co/KSGiCphPXN (11 hours ago)