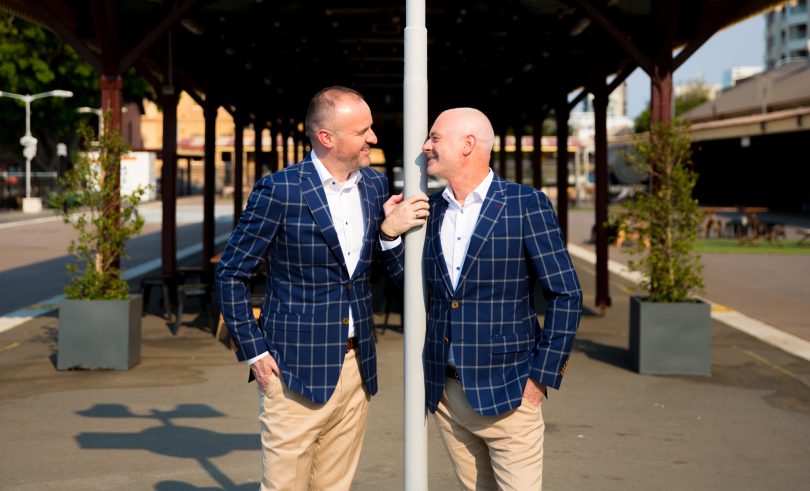 Mr Barr posted on social media that the couple wanted to thank their family and friends for their love and support.

“We also thank the 7.8 million Australians who voted yes to marriage equality,” he said.

Mr Barr has been a fierce advocate for marriage equality and the ACT recorded the highest yes vote (74 per cent) in the country in the 2017 postal survey which paved the way for federal legislation to make the practice legal in Australia.

The ACT celebrated the Yes vote with a street party in Braddon, and the Government closing off Lonsdale Street.

Mr Barr will be back at work for the next sitting week on 26 November.

Congratulations to both, a wonderful occasion.

Kacey Butterworth - 4 hours ago
Tim, let’s move. View
Jodie Kerec - 6 hours ago
Lisa Van Schieveen we could live here together. View
Gabrielle Driver - 7 hours ago
Lauren Edney look how nice it is. I'd have the cottage View
Sport 7

Morven Isla - 5 hours ago
Trees are wonderful and I’m all for making things green. However the thing that we need more is public rubbish bins! The AC... View
accessdenied - 5 hours ago
Pretty cheap really. I find that the people that whinge about the cost are the people that expect the labourers to work for $... View
kenbehrens - 6 hours ago
I walked along a footpath behind a townhouse complex today. On both sides of the footpath were gum trees. The thing that caug... View
Lifestyle 1

Democracy sausages a clear winner as ACT heads to the polls