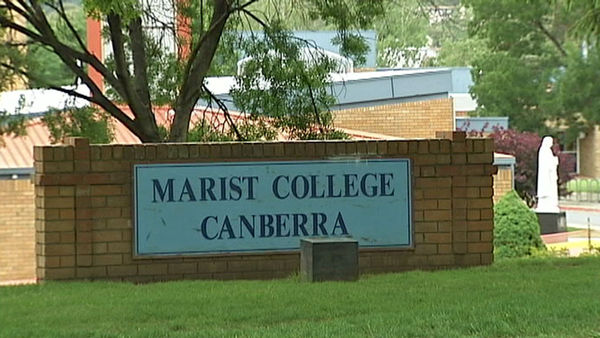 Marist College has been accused of doing too little to reach out to abuse survivors. Photo: Facebook.

The ACT will introduce law reforms so courts can set aside “unjust and unreasonable” settlements for survivors of historical child abuse, aligning the ACT with other Australian jurisdictions.

But while the move has been cautiously welcomed, advocates say many victims have not received even the most preliminary assistance they require, let alone the support to persist through a court case.

The bill was tabled in the Assembly last week but is yet to be debated.

Under the reforms, a survivor of institutional child abuse will be able to apply to the courts to have an unjust and unreasonable historical damages settlement for personal injury set aside, but this applies only to those who have already received settlements.

Damian De Marco AM is a survivor of sexual abuse at Marist College, where 63 claims of abuse have been made to date, more than any Catholic school in Australia. He testified at the Royal Commission into Institutional Responses to Child Sexual Abuse, waiving his right to anonymity in order to provide a face and voice for victims.

“l’ve always steered somewhat clear from the compensation discussions, but it’s clear that some people experience an extraordinary level of damage”, he says.

“Given its 14 years since these crimes were first publicly uncovered, it’s an extraordinary failure that many children who were victims of sexual assault crimes at Marist College are still first disclosing.”

READ ALSO We need to be better at understanding chronic pain

He points out that when people are struggling to survive, the courts process is often well beyond them, citing deaths from stress related causes, a number of suicides and the extensive impact on family members.

He believes the school’s board, which included former senator Zed Seselja at the time when the abuse crisis was unfolding, managed damage to the school’s reputation rather than look for victims or caring to uncover the truth.

Damian and fellow past pupil Mike Desmond both continue to be approached by victims and Damian says there have been three new first disclosures this year alone.

“In my view, Marist have made no efforts to track down children they know were harmed by the crimes at the school. They have waited for traumatised students to come forward by chance rather than seek them out.

“I believe this disregard for ex-students welfare has fallen far short of their duty of care. They don’t seem to see the harm. They think it’s history, but the consequences are happening as we speak”, he says.

Victims Rights Commissioner Heidi Yates says the legislation is “a really important piece of work that complements a broad range of measures that have been implemented following the Royal Commission”.

However, the changes will affect a relatively small proportion of survivors.

“I welcome the changes for those affected whilst recognising that for the vast majority of survivors, very few have come forward to negotiate or bring proceedings against the institutions responsible for their abuse”, she says, adding that the process itself can be significantly re-traumatising.

“We know that, on average, it can take a couple of decades for child sexual abuse survivors to be able to come forward and talk about what happened, which means evidence can be scarce.

“We also know that it requires legal representation and filing fees can act as a barrier along with the cost of legal representation, unless you can find a no-win-no-fee solicitor. You’re then up against what is often year upon year of extended civil proceedings.

“The additional toll that that takes can be extraordinary, such that people may well drop out along the way. And then, of course, there’s the question of whether the court’s order is reasonable and matches the gravity of harm that child sexual abuse imposes.”

Civil claims are likely to be the most satisfactory in terms of financial compensation.

The National Redress Scheme, with payments capped at$150,000, has a lower burden of proof for claimants and Heidi Yates sees it more as a recognition payment than genuine compensation.

Each state or territory has a victims of crime financial assistance or compensation scheme. Commissioner Yates says this is a last resort for survivors who can’t recover funds in any other way. The scheme is easier to access without legal representation but has faced a 360 per cent increase in applications since it began, creating huge backlogs for relatively small sums of money.