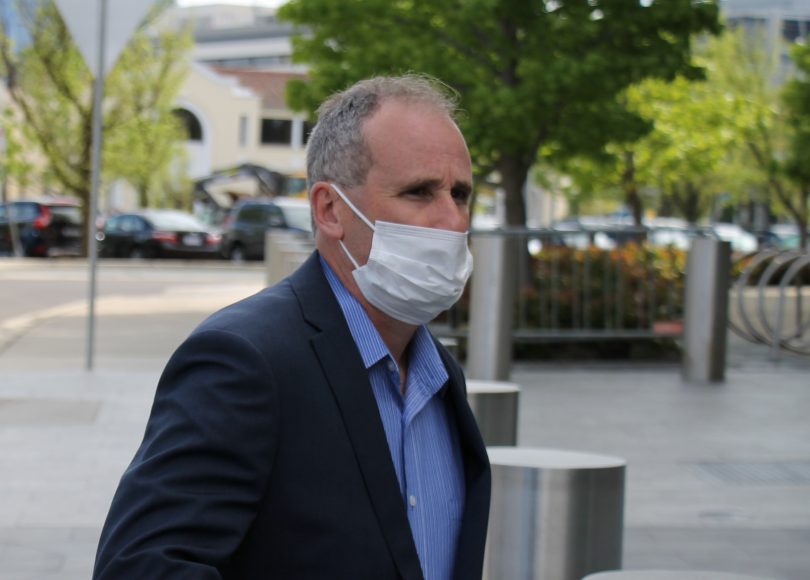 A child rapist who remained in the community for months after pleading guilty to sex crimes against children has taken the unusual step of asking to be locked up ahead of his sentencing.

Stephen James Porter, 51, applied for his bail to be revoked when he appeared in the ACT Supreme Court on Monday (6 December) as the court heard he accepted a jail sentence was inevitable.

“He’s seeking to end his own bail to begin the clock, as it were,” his lawyer Adrian McKenna of Hugo Law Group said.

Justice Chrissa Loukas-Karlsson said it was correct that Porter would be going to jail.

“It is inevitable that a sentence of full-time imprisonment will be imposed for these matters,” she said.

“Revoking his bail is the right thing to do.”

He was taken into custody and his sentencing will begin on 14 February 2022.

Porter has faced a disputed facts hearing in the court over the last few months, arguing there had been sexual activity between himself and one of his victims 12 or 15 times, not the 35 to 40 times that the boy had alleged.

The court heard the boy’s story in October, including how Porter had been working as a coach at the Ainslie Football Club when he approached him and his parents with a proposition to train him in AFL. Porter eventually became friends with both him and his parents.

The boy said the first time he was sexually assaulted was at Porter’s house. He said Porter had put his arm around his shoulders, walked him to the bedroom and told him, “you’re not going to regret this”.

Porter then gave his version to the court in November, admitting he enjoyed the sexual activity between them and claiming that at the time thought the boy enjoyed it as well.

The court also heard he had described the boy as “most definitely one in a hundred million”.

“It was the first time I ever had a sexual experience with a young man,” he said.

In September, Porter admitted he used the first of his three victims to produce child exploitation material from 2009 to 2011 when the child was under 12.