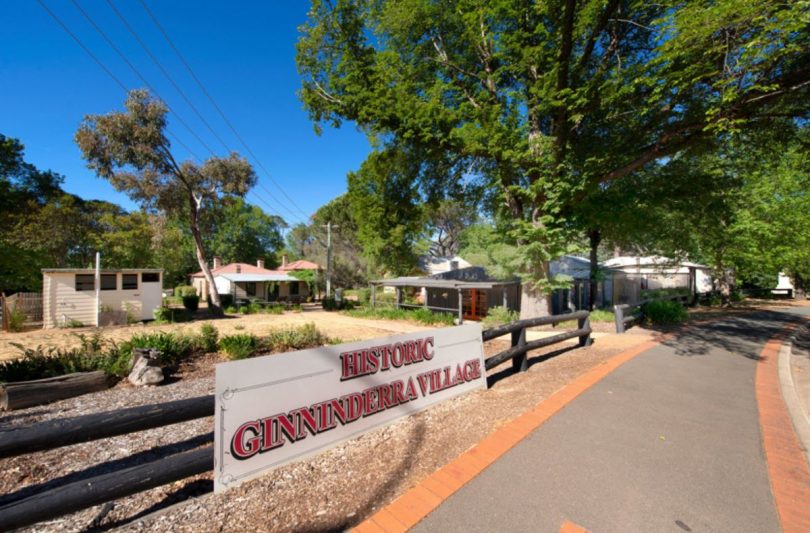 The owner of the Ginninderra Village in Nicholls wants to open a 90-place childcare centre in the heritage precinct, saying there is unmet and growing demand in the area.

Stan Waldren’s Ginninderra Village Pty Limited has applied for a lease variation to add ‘child care centre’ to the purpose clause and 500 square metres gross floor area for that use.

The company says a childcare centre would enhance the region’s economic diversity, activate an area that is otherwise under-utilised during the weekdays and increase employment prospects in the Gold Creek surrounds.

Ginninderra Village spans 11,984 square metres and comprises six single-storey buildings with a history of specialty arts and crafts, hospitality and other retail offerings, but has struggled in recent times.

It sits amid the tourist hub of Gold Creek Village – home to popular attractions including Cockington Green, the Australian Reptile Centre, the Bird Walk, Federation Square, the George Harcourt Inn and the National Dinosaur Museum.

Last year the site was put on the market, so adding a childcare centre to its current uses could possibly make it easier to sell.

The village was also home to the Green Herring Restaurant until it closed in 2018 after not being able to come to agreeable terms with the landlord.

The childcare centre would occupy a number of buildings that were previously used for retail, including the school house buildings and residence. Different age groups would occupy separate buildings with the administration in another building.

The application says there are 12 long-day care centres in the major catchment supplying a total of 1177 places to 3538 children under the age of five, a high ratio of 3.01 children per childcare place compared to the 2.2:1 average for the ACT.

The average occupancy rate is estimated at 86.49 per cent which suggests a tight market and families either looking elsewhere for care or not using it, the application says.

It says nearby greenfield residential development will mean growing demand for childcare in the area and that there are only two other proposals in the works – in Belconnen and Casey.

“At current forecasts, it’s estimated that between 250 to 350 additional places are supportable in Nicholls,” the application says.

Heritage requirements mean none of the buildings can be demolished but they can be modified with minor internal and external alterations as long as they do not adversely affect the heritage values. 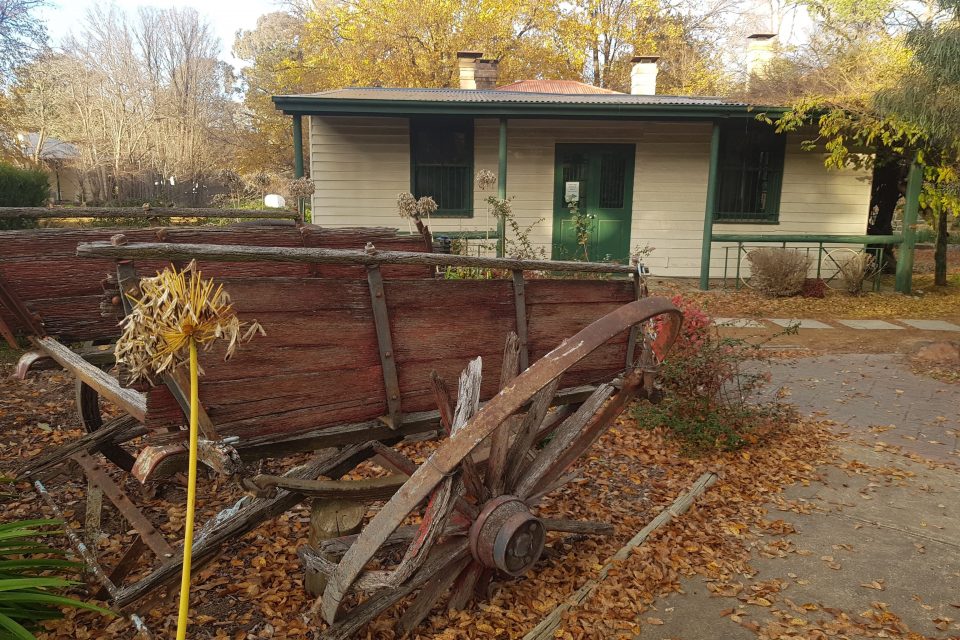 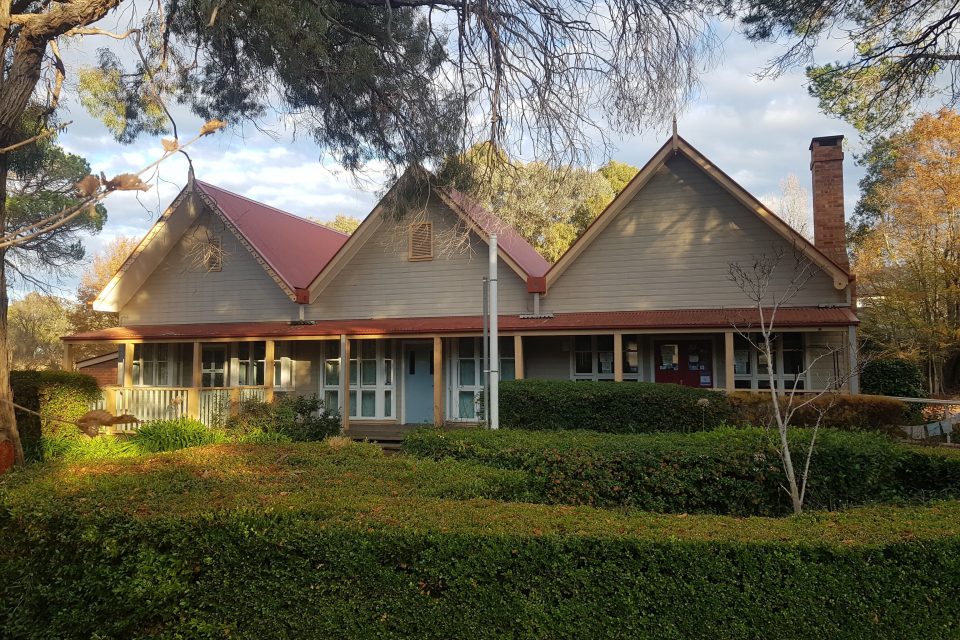 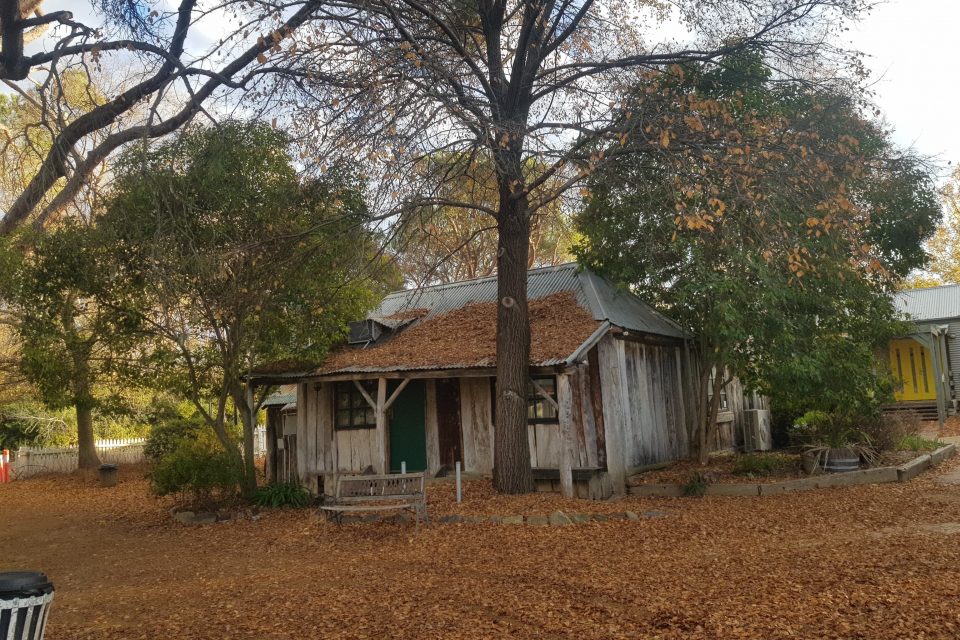 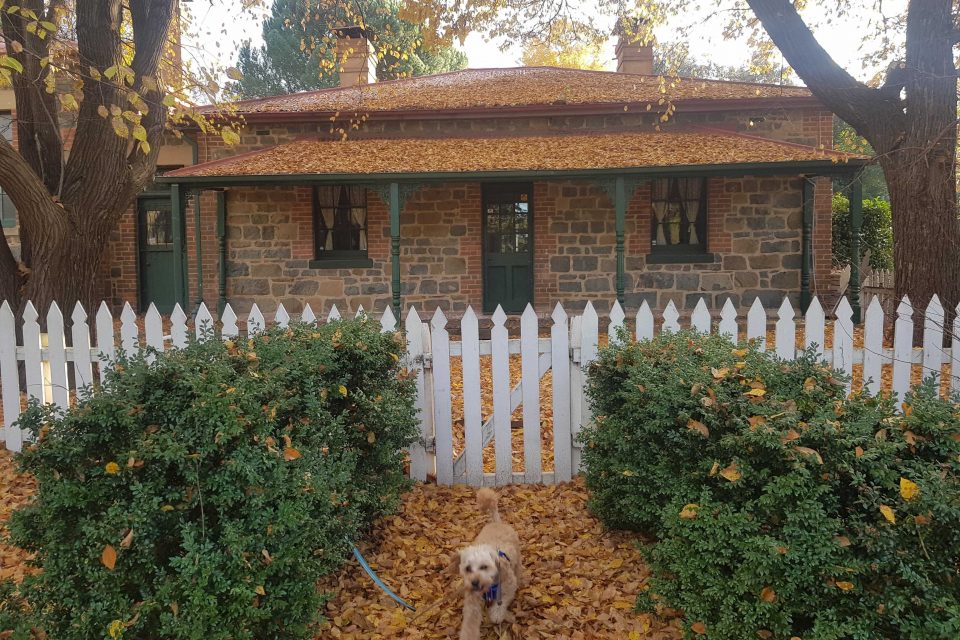 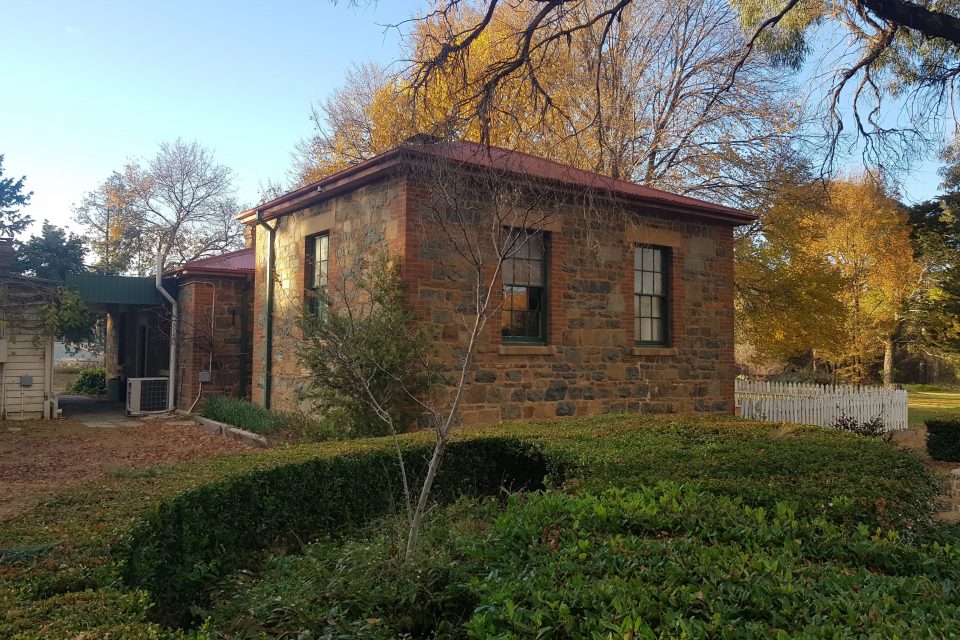 New buildings are also allowed where their design and siting will not impact the heritage values.

The applicant envisages widening an existing access road from O’Hanlon Place and more parking. A total of 26 spaces would be required for a 90-place centre.

The age of the child will determine whether parents use the pick-up and drop-off parks to be created at the front of the site or the driveway and modified parking area, with babies to be accommodated in the top building.

An environmental assessment did not identify the presence of pesticides or other contamination.

Gungahlin Community Council president Peter Elford said that as long as the proposal complied with the heritage listings he would welcome it as an activated space was more likely to be maintained and valued.

“I think it’s great that heritage buildings are activated rather than preserved in a glass case,” he said.

Additionally, will it be safe to have little kids so close to the Barton Highway? Or will they further ruin the look of the area by making it Fort Knox with large heavy fences? What will be the impact on the traffic along the Highway as hoards of parents go to collect their kids? There are a lot of implications for this proposal that need careful consideration and public debate.

I am very against this! It’s going to ruin the look of the area with the new roads and drop off points it will require. It will mean people will no longer be able to walk around that historic area and buildings. It will cause a traffic nightmare that will impact tourists and shoppers at Gold Creek. It will further reduce the native trees and gardens close by as they clear it for parking, and so on. They’ve already been ruining the look of the area with fuel stations and fast food places. Just another greedy cash grab by the current owners (who have a reputation for driving away shop owners with outrageous rent demands) and (if it goes ahead) the ACT government. I hope the community will get a say on the matter.

So you’d rather the building sit unused for a unspecified amount of time just so a few people (would love to know the figures) can look at the outside of a building?

Seems like a sensible way to use to utilise the area.

As for your other comment RE the road – there are many daycare centres that back onto major roads in Gungahlin (kinder haven, lavender lane, there’s a few in Franklin) they all manage to keep their children off the road with appropriate fencing. Which I’m sure whoever is looking at opening has already taken into account.

I’d say you’re out of touch with what the young growing community of Gungahlin needs and it’s good quality day care centres. 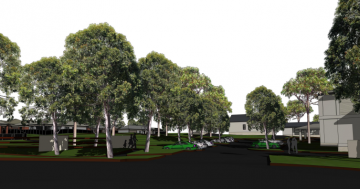