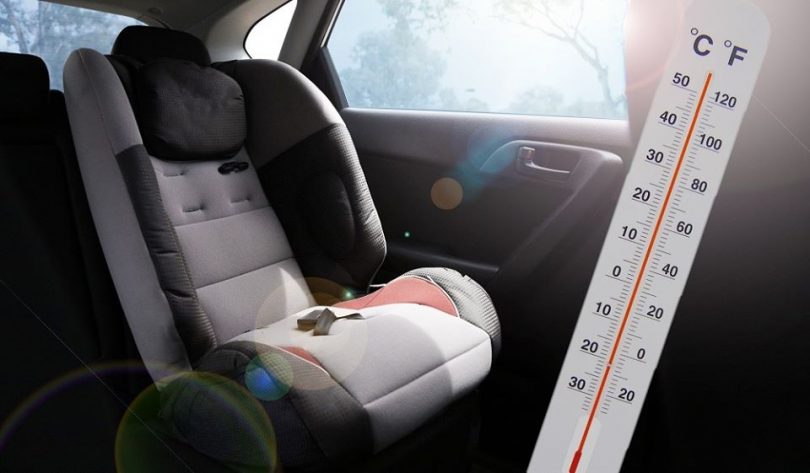 Consequences could be as high as murder charges for leaving children locked in a hot car. Photo: ACT Policing.

Police have reminded parents not to leave children in cars – especially on hot days – as they investigate reports that a woman left an infant and a child in a locked car in the heat on Saturday (21 December) when temperatures in Canberra exceeded 30 degrees.

Police were called to the Mawson shops at around 11:30 am on Saturday after reports that an infant wrapped in a blanket, and a child around five years old, were left unattended in the vehicle for 10-15 minutes in the outdoor carpark, with the engine off, and one window partially open.

ACT Policing said that on a hot day, leaving a window open slightly does little to reduce the temperature inside a vehicle.

Police estimate the outside temperature was 34 degrees, putting the children at extreme risk with the inside of the car able to reach temperatures of about 64 degrees. The person responsible for the children returned to the vehicle and left the area before police arrived.

ACT Policing is warning parents and carers they face serious consequences if they leave children unattended inside a vehicle, with charges ranging up to manslaughter and murder.

A woman in Queensland was charged with murder in November after her two toddlers died after being exposed to extreme heat in the back of a locked car over a number of hours.

An ACT Policing spokesperson told Region Media that the focus of police is on the welfare of the child, as children in a hot car can get very ill very quickly.

While an investigation into this incident is underway, police are urging the person responsible for placing both children at risk to present themselves at a police station.

If you see a child trapped in a hot vehicle, call Triple Zero (000) for immediate assistance from ACT Policing and ACT Ambulance.

Zuzette Kruger-Finch - 26 seconds ago
Summernats and Floriade are our big income events here. View
Alan Vogt - 12 minutes ago
No. Maybe in another 20 Years. View
Vanda Catanzariti - 14 minutes ago
Yes... lets do this! 🏆 🏁 View
Community 45

Deb Crisp - 16 minutes ago
So super proud of my sister starting the Gordon Park rock spotting with my daughter's the first week of lockdown... 5 weeks l... View
Karenne Eccles - 35 minutes ago
This i has been happening in Kiama also ... View
Sam Da Cruz - 1 hour ago
India Elise this why you were painting rocks yesterday??? 😂 View
Lifestyle 30

Kay Pearce - 32 minutes ago
Helen Kook thats just what Grandma (Mrs Prowse) would do!!... View
Helen Kook - 2 hours ago
Knowing my grandmother it would have been an easy walk back in those days View
News 22

Police issue a blunt warning to e-scooter users: don’t be an idiot

@The_RiotACT @The_RiotACT
So what do you appreciate? Is it worth forming a society and telling the world via Facebook? Sure, if you're a fan of corrugated iron, fatty hamburgers and almost every kind of dog https://t.co/CxdoMCKzta (21 minutes ago)