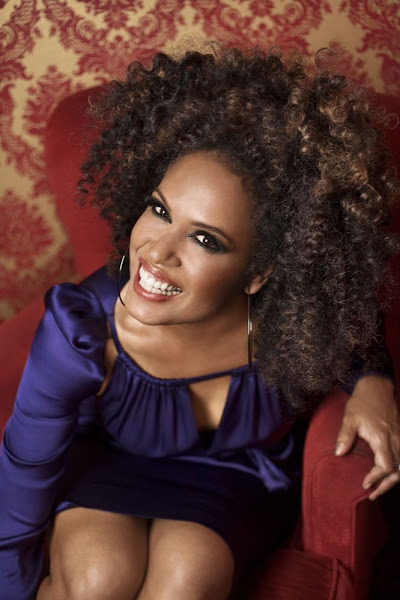 Joy Burch is letting us know that the Indigenous Showcase at the Multicultural Festival will be headlined by Christine Anu:

“Christine is among this country’s top performers, an inspiration for audiences both in Indigenous communities and the country as a whole,” Ms Burch said.

“The ACT NAIDOC Committee has done a wonderful job in securing Christine to perform at the finale of the Indigenous Showcase, which will bring to a close one of the best line-ups ever assembled at the National Multicultural Festival.”

In a career spanning two decades, Christine has released seven solo albums, performed in sell-out musicals, appeared in films including Matrix Reloaded, The Sapphires and Moulin Rouge and a host of TV programs.

The National Multicultural Festival runs from Friday 8 to Sunday 10 February in Canberra City. The Indigenous Showcase, an ACT NAIDOC Committee project supported by the Centenary of Canberra and ACT and Australian governments, runs on 9 and 10 February.

Internationally-renowned singer Geoffrey Gurrumul Yunupingu is another headline act in the Indigenous Showcase, with other leading performers including Benny Walker, The Last Kinection and the Stiff Gins.

“ACT NAIDOC Committee” aka “ACT National Aborigines and Islanders Day Observance Committee Committee”
Nice – a contradiction and a redundancy in the same title.

Nada Krstin - 19 seconds ago
Jo Hann see my recent post to reply to your "if you pay tax, you should have an option to vote for the government that spends... View
Nada Krstin - 26 minutes ago
Jo Hannwow Jo, so you are a subject matter expert in employing tradie apprentices? You have been an employer have you? Plus a... View
What's On 16

Margaret Freemantle - 4 hours ago
Tegan Martin not sure what the answer is. Somehow, there has to be some pride instilled - perhaps well kept places get reduce... View
May Mac - 4 hours ago
Is the government competing with everyone else to book tradies in to do work? Why don't they have their own, like they used t... View
Tegan Martin - 4 hours ago
The other worst part is that even if they manage to remove them, they'll have no choice but to give them another house, which... View
Opinion 50

Warren Price - 9 hours ago
Emma Turner if you have never been to a game and wanting to, just heads up this year due to Covid, tickets to home games are... View
show more show less
*Results are based on activity within last 7 days