Christine sees trees as a way for women to branch out 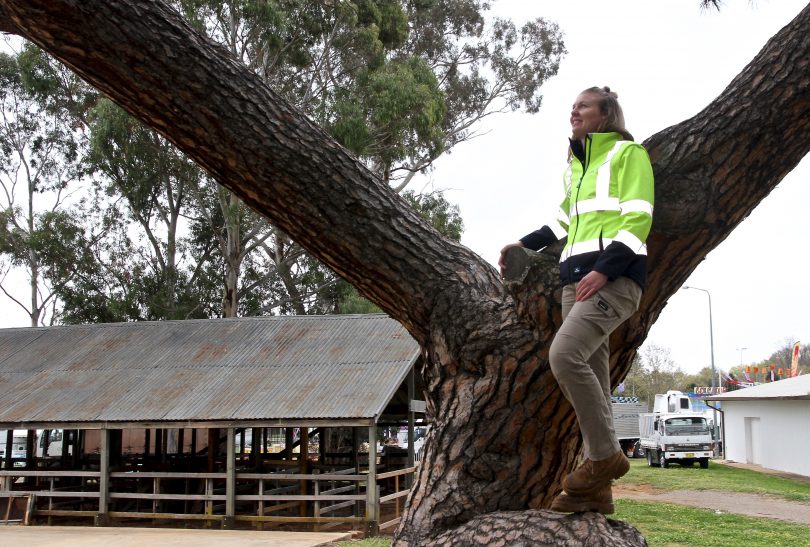 Arborist and horticulturist Christine Rampling is at home among the trees. Photo: Michael Weaver.

Christine Rampling is a former NSW tree climbing champion who has competed around Australia, but was never one to go climbing trees as a child.

The tree management officer with Queanbeyan-Palerang Shire Council (QPRC) is at home among the trees, but as an advocate for more tradeswomen, she is always keen to go out on a limb to encourage more young women to literally knock on wood and take on a trade.

“People often say to me I must have climbed lots of trees as a kid, but I actually didn’t,” the 33-year-old tells Region Media. “I grew up on the Central Coast so it was always straight, tall eucalypts and nothing much for climbing.”

As a qualified consulting arborist and horticulturist, Christine talks with people who are equally passionate about trees in urban areas. But she also focuses on planting the seed with young women to break down stereotypes and get them to consider a trade through the Supporting and Linking Tradeswomen (SALT) program, run by a not-for-profit organisation that has been assisting about 5500 women in trades across Australia since 2009.

The ‘Salties’ are creating a wave in schools and community groups through their mobile workshops that put power tools in the hands of potential tradeswomen, where they may have previously been offered a rake.

READ ALSO Canberra’s Women in Business are a winning combination

“It’s not just about giving the girls a go, it’s about busting the stereotypes,” says Christine. “I’ve seen more and more opportunities during the past 10 years and I’ve been so impressed by what we’re doing here at council.

“With the SALT program, I’ve got leverage to shift what girls are capable of. If that turns into an apprenticeship or a tradeswoman, that’s fantastic. But there are also women who do our courses whose husbands have died and they learn to fix their letterbox instead of calling a tradesperson.

“They’re often shocked at how easy it is.” 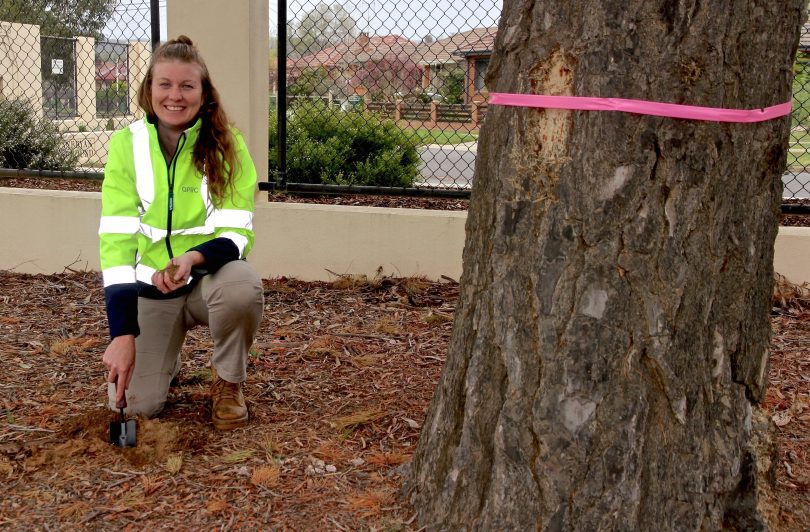 Christine Rampling checking in on trees in her hometown of Queanbeyan. Photo: Michael Weaver.

While building a community of potential tradeswomen, Christine also says trees are a vital part of the community she works in.

“Your tree in your yard is part of a huge urban forest network and contributes to our net canopy cover and all the benefits that canopy cover provides,” she says.

“Most people realise the health and aesthetic benefits of trees, but I especially love the statistics about crime reduction and shoppers spending more money in complexes where there are trees.

“The magic is in tall, broad, spreading, interlocking canopies, which is why our few good quality avenues of street trees are of particularly high value.”

Being the NSW tree climbing champion in 2014 required more than just climbing a tree in the shortest possible time. The competitions Christine has competed in are judged on aspects of strength, fitness, agility and safety, and have taken her to Victoria, Queensland, Northern Territory and New Zealand.

She is a member of the ACT Government’s tree advisory panel and loves educating people about tree legislation as much as she loves seeing girls and young women look beyond the canopy of traditional roles.

“It’s pretty amazing watching the kids come into a workshop – they are usually pretty nervous about handling tools,” says Christine. “They tie back their hair and make sure their clothes are safe because they are using drop saws and jigsaws. But by the end, they see what they’ve done and it’s amazing. That’s why we do it.”