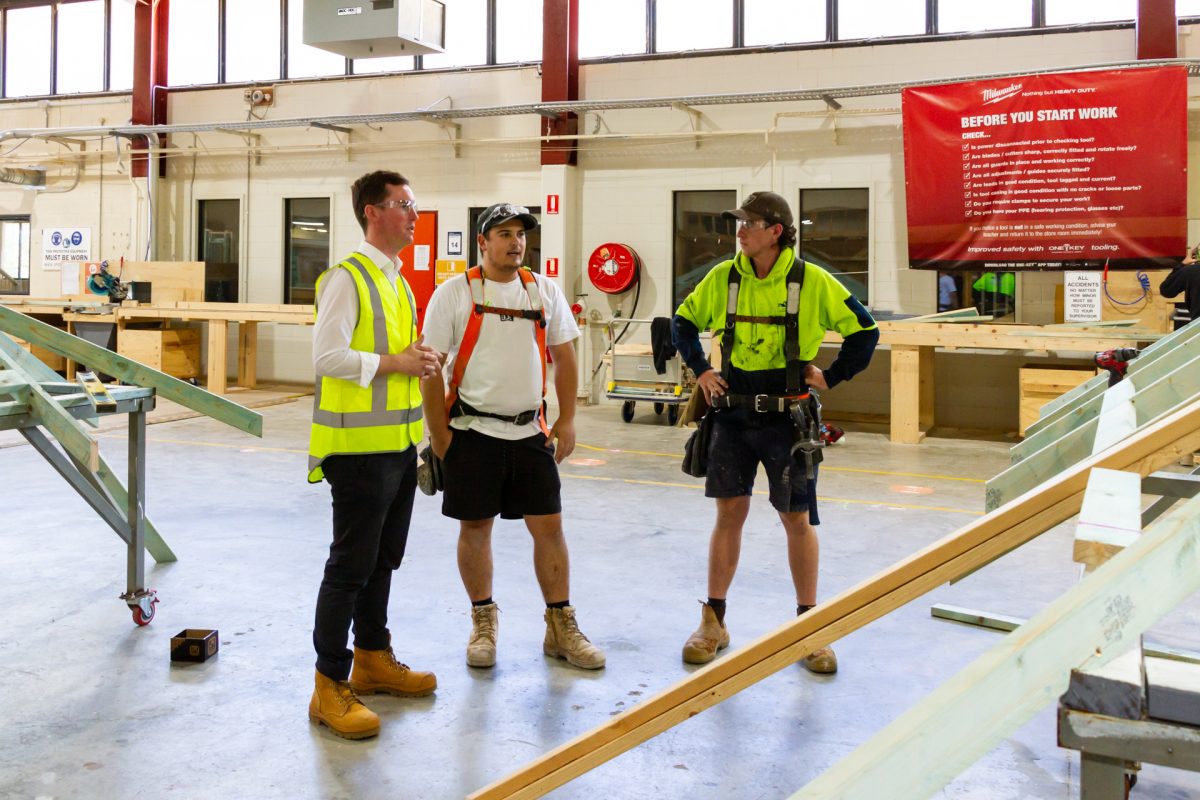 The board of the Canberra Institute of Technology ultimately cannot confirm if an almost $5 million contract awarded to a ‘systems and complexity’ thinker represented value for money.

Instead, the board has attempted to distance itself from the matter, saying it was not involved with the procurement process at all.

That responsibility lay with the executive, board chair Craig Sloan wrote to Minister for Skills Chris Steel.

CIT was issued a ‘please explain’ last week after questions were raised about millions of dollars of incomprehensible contracts awarded to companies owned by consultant Patrick Hollingworth, including a company called Think Garden.

Neither the Minister nor the institute could provide jargon-free responses about what the money had been used for.

It later emerged Mr Steel, as well as Chief Minister Andrew Barr, had been aware of concerns about previous contracts between CIT and Mr Hollingworth.

But the institute’s six-page response, provided yesterday, failed to satisfy the government.

The ACT Government is now seeking advice on what its next steps should be.

“[This] raises further questions and concerns in relation to CIT’s processes and governance,” the statement read.

That audit will review the contract and determine whether it constituted value for money and whether it complied with legislative requirements.

It will also investigate whether there were any potential conflicts contained in the drafting of the tender documents and review what and how much information had been provided to the board.

This commitment was welcomed by the government.

But Mr Sloan said the board had not been involved in the procurement process either.

“In relation to the contract, the procurement process for Think Garden was undertaken by the CIT Executive within the Chief Executive’s financial delegations,” he wrote.

“The CIT Board was not involved in the procurement and was not briefed on the evaluation process or the value of the successful contract.”

Instead, he said that responsibility sat with the institute’s executive.

That executive, Mr Sloan wrote, had assured the board all proper and appropriate procurement processes had been followed.

It confirmed that no staff members from Think Garden, including directors, were involved in the preparation of any tender documents.

But the CIT Executive response – provided as an attachment – said the CEO and Board Chair had met weekly about Institute business, and regularly discussed the ‘Evolving Together’ work – which the contract sat under – providing “an additional layer of oversight”.

“From the Executive’s perspective, the Board maintained strategic oversight of the work of Evolving Together through monitoring the progress of the Strategic Compass,” its statement read.

However, the executive could not provide a breakdown of what had been completed so far as the contract had only been entered into in late March.

It said Think Garden had worked with five CIT staff members on 49 days (out of a possible 52 days). The names and positions of these people were not provided due to privacy obligations.

In its explanation for why the work had been deemed necessary, much of its response reverted to the jargon they had been criticised for last week.

“The successful service provider is providing strategic guidance to design and implement a range of learning, feedback and evaluation mechanisms that assist CIT to adapt and implement transformational reform,” the executive said.

This included “learning opportunities”, “a coordination function” and “processes to ensure staff can practice what they have learned in a disciplined manner”.

It would also “provide regular strategic guidance to relevant staff”.

READ ALSO Thank the wet weather for lower water, sewerage bills – here’s what you will save

The executive went on to say CIT was witnessing a decline in student enrolments when there is a significant skill shortage in the economy and needed to be able to adapt and reconfigure.

Previously, trying to “transform CIT” had proved difficult as the “root causes” had not been identified, but it was intended this contract and work would solve that problem.

But no measurable deliverables were provided in the CIT response to the government, something Opposition Leader Elizabeth Lee had flagged as of concern last week.

Ms Lee has also slammed the government for failing to release the entirety of CIT’s response to the public.

“While we welcome an independent review into the recent contract – after all, that is what we called for last week – it is not broad enough and needs to take into account all of the contracts awarded and CIT’s practices and processes,” she said.

The ACT Government said it will have more to say on the matter, and its next steps, later in the week.

Last week, Labor and the Greens had urged the Territory’s Auditor-General to look into the contracts.

The most constructive thing in this case would be for the board to replace this CEO with somebody who really knows how to manage without needing hand-holding by a mentor to teach them to do their job. Then the board could identify their own collective incompetence and fix that.

A complicating factor in resolving this obvious rort is that the Deputy Chair of the CIT Board is former ACT Labor senator Kate Lundy. What scrutiny did she bring to CIT management, or was this just another cosy Labor jobs for the boys/girls? It will be interesting to see if real action is taken to remove the CEO and terminate the contract with Mr Complexity Thinker, or some sort of cover up is stitched together.

True, Acton. Here is hoping for real action. Sounds like the whole top-heavy structure of CIT needs to be addressed. Departments in CIT need staff hours for digitalisation and revitalisation of courses, not millions spent on big level thinkers. Most education providers have a number of staff/coordinators in each department dedicated to working on innovating resources and teaching, but not at CIT. All the money is being spent up the top while the actual teaching departments and their students are struggling.

True, gooterz – but does that mean we should accept and turn a blind eye to all forms of dodginess? What is particularly bad here is that resources for students and teachers have not been provided in recent years with “there’s no budget” being the explanation, yet there has been millions to pay for a “thinker”. The education and training of people – many disadvantaged and long term unemployed – has been affected by this exorbitant spending on a consultant. The people that CIT are meant to be serving have been missing out, while Patrick Hollingworth benefits. Maybe some people don’t care about this, but there are plenty out there that do.

I’m glad the ACT government isn’t accepting the response when it’s clear to all hard working CIT staff below the exec that Patrick Hollingworth’s services are essentially philosophising about organisations, but why isn’t the auditor general stepping in? I’ve heard that the CEO’s husband is very good friends with Patrick Hollingworth. Does that not count as a conflict of interest under procurement laws? What does it take for the Auditor General to step in? Anybody on this forum in the know?

I’d wondered how Patrick maintained his jet setting lifestyle and endless overseas holidays. I guess that question was answered in 8 million ways.

The problem is from the outside it looks dodgy. However from the inside looks like just about every other decision in the ACT. The budget for Floriade was basically non-existent and contracts owing and paid weren’t even written down.

Has the auditor looked at anything that didnt smell worse than Mugga lane?

The management weasel words used by CIT to explain what the consultant actually did are meaningless nonsense that don’t explain anything.

When you strip away the complexity of the think garden, this is actually pretty simple. This is $5m of public funds, given away for air puddings, and the Chair and the CEO ought to resign.

Of course, that won’t happen. It will be decided that the decisions were made by Mr Nobody (or the Collective Governance) and everybody will keep their jobs. Post-modern “accountability”.

I agree about the air puddings but I sincerely hope that they rid CIT of the CEO and the Board and get people who know what they are doing without the need for a bloody Think Garden, it’s an absolute joke and the staff and students are suffering as a result

I don’t see how you could possibly think that would occur.
Either the decision is justifiable or not. If not, the CEO is gone.

Agree about it hanging on whether it’s justifiable or not. Noting the CEO’s position is looking pretty untenable at the moment.

If what Minister Steele says is correct, that he previously asked for justification around the contracts a year ago and that he wanted close scrutiny of any new contracts.

But then the CIT CEO signs a contract just $10 below the legislated amount for Ministerial oversight and then the CIT board now admit they can’t confirm the $5 million contract was value for money.

Actually I’m surprised the CEO hasn’t been sacked or stood down already. 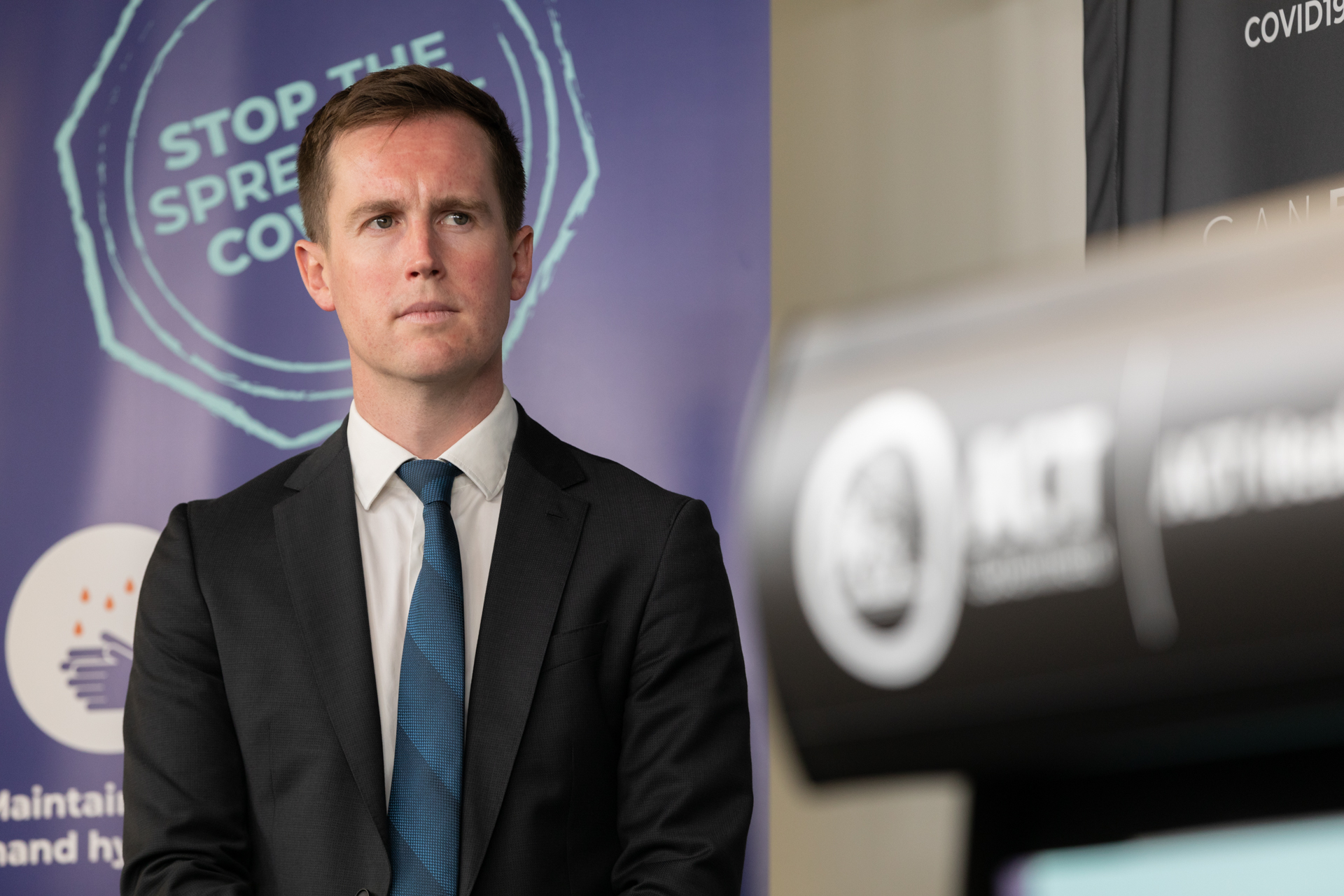