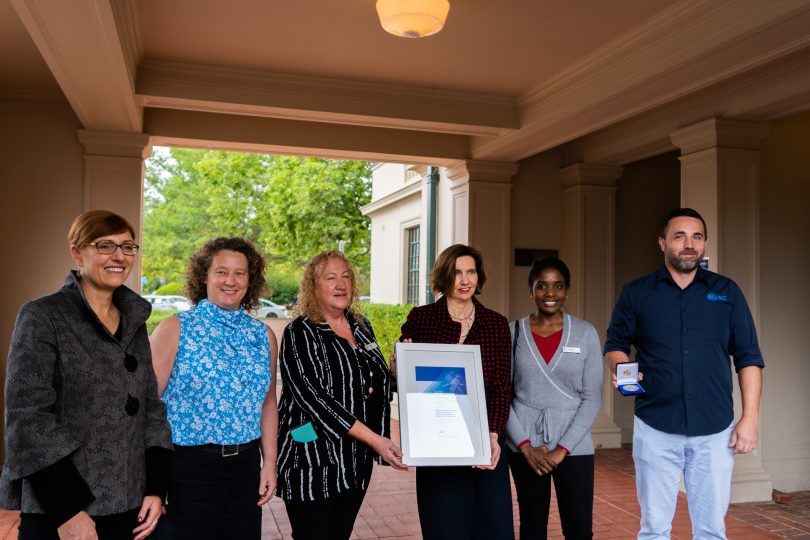 Love their work but is the Canberra Citizen of the Year Award the best way to honour them? Photo: Dominic Giannini.

For the third year in a row, the Canberra Citizen of the Year Award has gone to a group of people rather than an individual who has made a major contribution to the community.

You then have to go back to 2010 when the Rotary Clubs were recognised and further back to 2003 when everybody was recognised after the trauma of the bushfires that killed four people and destroyed 500 homes.

It may seem churlish to call this seeming trend to collective praise into question when the recipients have worked so hard and played significant roles in the community in what will always be seen as seminal periods in ACT history, but the award criteria has now taken on such a wide brief that its value is diminishing.

One has to ask whether there is a lack of individuals doing good works and/or impacting the community, or whether the judges suffer from something of a lack of imagination.

Some might argue that as much as the health workers, ESA and ACT Parks and Conservation service staff are to be praised, thanked and appreciated for their efforts, the bottom line is they are doing their jobs.

Much like the other public servants who regularly turn up on the Honours lists every year. Or the police, who put their lives on the line every day.

And should a professional sporting team take the glory and honour away from individuals whose service is usually self-less and makes a real difference in the community?

As a Weston Creek resident, I know what impact the 2003 fires had on the city’s psyche, but should the Citizen of the Year Award be used for group hugs?

There is something anti-climactic and deflating for an award like this which is meant to be inspirational to be reduced to an exercise in collective consciousness or group-think.

Awards are made to honour and reward excellence in achievement to those who stand out from the rest, who have taken a path less trodden to give something of themselves that most of us won’t.

We need our heroes, and mostly they come in ones, not whole agencies.

The award is for Canberra Citizen of the Year. The ACT Government should remember that next year when hopefully it can find someone in the community who deserves the accolade because every time these group honours are made, these people are overlooked.

I doubt whether it would have to search too far to find Canberrans with amazing life stories doing extraordinary things that lift us all up, or as the website says, promotes our civic pride.

In a town where awards and related social events seem to be a major sector of the local economy, Canberran of the Year tends to be a blip on the radar – and even then, only for people who bother to follow local news in any detail.

We can’t expect to have a local Grace Tame every year, but casting a wider net, and maybe removing some of the unofficial filters at work in the selection process, might produce outcomes which look a bit less like insiders rewarding insiders.

Grace Tame? Who is she?

There needs to be clear separate categories and selection criteria for awards, so it’s not just a paid staffer getting rewarded for simply doing their job. Things like Best APS staffer type award are a joke, and based on nepotism. Also, stop giving politically correct/woke awards to migrants or people based on skin colour or country of origin. Migrants and all others in the community are expected to fit in and do their job, not get an award for doing it. The selection criteria for awards needs to be very clear and outline why the person received the award (e.g. scientist identified 10 new strains of the influenza virus which allowed new vaccines to be prepared for the community, or a social worker found 10 new government houses for low income clients when the average social worker only found 5), so everyone clearly knows why the person got an award and why they are outstanding in the community.

Well said. Should not go to someone doing what they are paid to do

The award should be used on merit and not a projection of the boards social-political ideology.

The winners always seem to come from the public service or community organisations/sporting teams all funded by the taxpayer. Has anyone from the private sector won it lately?

It’s obviously easier to use the PC way which is “everyone wins a prize”.

My 2003 “Canberran of the Year” takes pride of place in the pool room.

I agree. It seems in this era of ‘equality of outcome’ for all, the ACT Gov. is reluctant to single any one person out as being better than the rest.

I think there are many individual citizens who are quietly doing amazing work for the community – they are the ones that need to be found and recognised. It’s worth noting though that volunteers who got the award last year were not ‘doing their job’ as such. We all have day jobs and volunteer over and above that – but it’s not done for awards, it’s done to support our community. We have an award system which recognises volunteers that go over and above. Keep the citizen of the year for special individuals who do special selfless acts with no fanfare.

I have to agree. I was included in the award last year and although we each got certificates, they weren’t even signed – didn’t feel particularly special. Also, with no minimum contribution required every member received one. I’m all for recognising the efforts of large groups of people, but maybe using a different award. We have Chief Officer commendations which do that for us.

The point about public service “honours” for just doing their jobs is well made.

Tom Dale they could be earning shedloads more in the private sector, but they’ve chosen to serve the community for less pay instead. I think that deserves a thank you.

if people doing their jobs are removed does it become an award for volunteers? Canberra already has awards run by volunteeringACT.

I think all the group awards mentioned were great decisions (except the sporting team one, but I recognise I’m pretty out of step with the general community in thinking elite sports is a useless and irrelevant waste if time, so I’m prepared to suck that one up.)

I was given the Citizen Of The Year Award once, and all I did was run away when things were hotting up.

Could we have a group and individual award?

I am disappointed that the group awards don’t identify the individual names of those who contributed. It does lose its value when it’s too generalised. 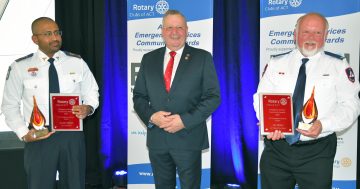 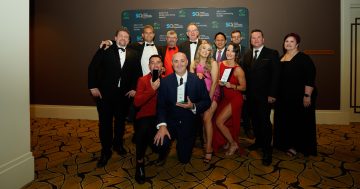