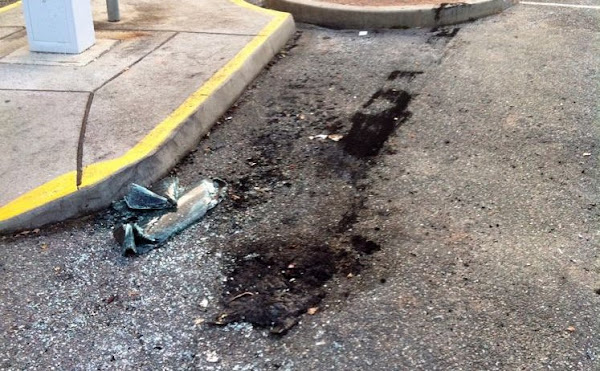 About 7.20pm, police were alerted to a vehicle that was on fire in the car park between Knowles Place and Vernon Circle, Civic.

ACT Policing General Duties officers attended the location and managed to control the fire before the arrival of ACT Fire and Rescue.

Acting Superintendent of North District, Peter Davis said that this incident is concerning due to the brazenness and location of the arson.

“Given the fact that this arson took place in a public car park, where people are often coming and going, either on foot or driving their cars, we believe that someone may have seen the offender or someone acting suspiciously in the area.

“It is concerning that someone would deliberate set fire to a vehicle in such a public place. Obviously the person who started the fire didn’t think of the dangers to the community and the possible ramifications and outcomes of their actions,” Acting Superintendent Davis said.

Anyone who was in the area at the time and saw someone acting suspiciously or anyone with other information which may be able to assist police with the investigation are asked to contact Crime Stoppers on 1800 333 000, or via the Crime Stoppers website on www.act.crimestoppers.com.au. Information can be provided anonymously.

They should give awards to the guys who have the morals and common sense to torch cars on the oval or other low-traffic places!

They already get a slap on the wrist and a useful 2 minute lecture from a judge on how to stay out of trouble.. what more awards should they get?

They should give awards to the guys who have the morals and common sense to torch cars on the oval or other low-traffic places!

“Obviously the person who started the fire didn’t think of the dangers to the community and the possible ramifications and outcomes of their actions,” Acting Superintendent Davis said.

Why is this obvious? They may have considered all these facts, and decided the action was still warranted. Certainly, the opposite is true and they may have put no thought into anything other than the act itself.

If the perpetrator followed the model prevalent among Berlin anarchists, they were long gone before the fire took hold, and any physical evidence was destroyed by the flames.

Still, given that it occurred next to a ticket machine, it’s pretty bold/stupid of the firestarter.

Well that answered my question about what the hell was all over the carpark ground this morning!

Wendy Brewer - 4 minutes ago
Catherine Pitt, to replace your visits to the pancake parlour View
Kristi Dynes Jørgensen - 15 hours ago
Daniel Williams OMG. The girls would love this!! View
Rachel Lesbirel - 15 hours ago
Jean Vadnal remember going to my cafe in Manuka and getting lemon sugar crepes 👌 View
What's On 5

Alan Davey - 8 minutes ago
What progress they are dumps View
Fabio Fabbo - 19 minutes ago
What a pity the Starlight was closed to make room for development and progress View
Gemi Jeffery - 15 hours ago
Wow....Dirty Dancing! View
Motoring 21

Canberrans are being advised not to travel to Campbelltown or Liverpool after clusters of COVID-19 have been identified in those...
*Results are based on activity within last 7 days

@The_RiotACT @The_RiotACT
ACT paramedics will get a pay rise, OH&S friendly equipment and new ambulances under a new enterprise bargaining agreement with the ACT Government https://t.co/Zl0AYc3yuC (54 minutes ago)