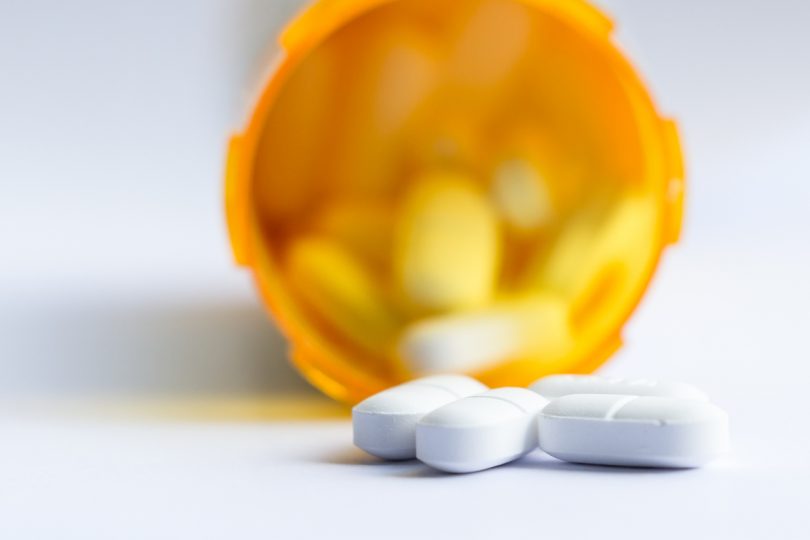 From 1 February 2018, medicines containing codeine will no longer be available over-the-counter and will instead require a prescription from a doctor.

The Federal Minister for Health, Greg Hunt, made the decision last year on the recommendation of the Advisory Committee on Medicines Scheduling, which is made up of Chief Pharmacists and Chief Health Officers in States and Territories.

The changes are in-line with the international practice of at least 26 countries that only allow prescription access to codeine based products.

This change will have a large impact on many Canberrans that use medicines containing codeine as part of their pain medication regime.

“We have seen many people that are concerned about these changes. We are proactively helping them with their pain management and shifting them from codeine, to non-codeine based medication. Combination products of paracetamol and ibuprofen are beneficial and work well, however, may not be suitable for everyone in all cases,” Mr Develin said.

He says that there is some concern that the ban may backfire for some people.

“The over-the-counter ban will force some people to shift to other appropriate pain medication but it may also force another group to move to harder drugs including elicit opioids,” Mr Develin said.

“It’s unfortunate that a real-time monitoring system such as the one used to monitor pseudoephedrine sales was not mandated. This would have allowed continued access to codeine-based medications and helped pharmacists identify patients with a potential codeine addiction allowing suitable intervention, support and advice,” he says.

There is also concern about the increased costs for legitimate users of codeine-based medicines.

“I fear that there will be a backlash from customers over the next four to eight weeks as they realise and adapt to the new regulations. I’m also concerned about the additional costs to people, and Medicare, with doctors’ appointments and scripts,” Mr Develin explained.

If you are impacted by this change, Mr Develin recommends you speak to your pharmacist about an alternative over-the-counter medication or see a doctor.

The same GPs who over prescribe benzos will do the same with codeine. It will be available all the same. GPs are the only ones who will benefit from this decision.

There are hundreds of people who die or are hospitalised each year in Australia from severe gastric bleeding or organ failure as a result of ingesting extremely high numbers of these tablets.

State coroners have been demanding action for a long time.

The national prescribing service says that codeine in less than 30mg (which is what is available OTC) has little additional benefit to taking paracetamol or ibuprofen on their own.

This decision was based on a recommendation from clinical experts who are independent of government. They are medicos not politicians trying to implement a nanny state.

If you’re in pain and paracetamol and ibuprofen isn’t helping – you need to see a doctor for better (and less expensive) prescribed medicines) and management.

If you want to curb alcohol abuse in the community vote for politicians that are willing to tackle the alcohol lobby.

Prohibition never works. I see the potential for a new market in illegal codeine with an increased likelihood of it being used for ‘fun’.

This is not prohibition. This is controlling supply and ensuring the best use is made of the medication.

Such as having to fork out $80 to go to the doctor to get a prescription for pain meds at a higher dose and cost than over the counter. Asking for you to provide ID is control. Creating an environment where you are financially disadvantaged is exploitation. It creates a vacuum where illegal suppliers can move in.

You are so right. No understanding of addiction.

Pete that really isn’t a good outcome. Sit in a bulk billing surgery for hours for analgesia meds. People would meed to do that before the pain hit. If it is a control issue they could do the same as they do with pseudoephedrine. Present ID for purchase and record it.

Liz Hampton claims a lot of doctors are members of the Liberal Party. I was a Liberal Party member for 30 years and I never met one doctor who was. One high profile doctor unsuccessfully sort pre-selection as a Liberal MP candidate in Queensland. Several past presidents of the AMA have been politically active on the left side of politics.
Most get their income from a tax-payer funded socialist health cover system so why would they want to change that?

Get rid of opiates and look at Canabis based medications. No side effects and longer term damage to stomach lining and kidneys

Codeine is a potentially addictive and harmful drug, so we must ban it despite it leading to pain and difficulty for chronic pain and other sufferers.

Alcohol is a potentially addictive and harmful drug with a greater reach that isn’t generally used for pain management but has a wider reach. We couldn’t possibly ban it because people quite like it.

Just wait for the avalanche of opioid medication deaths..much more dangerous than codeine. Products for sure

Codeine is an opiate. The reasoning behind the restriction is harm caused by overdose of paracetamol or ibuprofen. Medications available for purchase at supermarkets…

I asked in a chemist in Melbourne today about what codeine type tablets will be available on prescription after Feb 1st Apparently none are being released for 2 to 3 months.

Yep! I had to clear the nurofen plus out of my handbag every time I went to Thailand last year…. Always worried I’d forget!

It’s a positive step. Chronic pain is complex and sufferers need to be managed given the risk of addiction. If your medical costs get out of hand, there is a threshold beyond which you don’t have to pay.

That threshold will be much higher than when we could get what we needed from the chemist.

I ave an incurable and very painful auto immune form of arthritis. It is incurable. One Mersyndol at night would help me sleep. Now I won’tbe able to get them.

They’ll still be available on script from a doctor I assume. I remember before you couldn’t get them without a script and then they became otc.

My guess is that if you do see a doctor for headache pills you’ll end up with a script for pills much stronger than those you’d buy at the chemist: panadiene forte instead of regular panadiene. I can’t see how that’s a healthier or safer solution for anyone.
And regular paracetamol as an alternative is liver toxic so it’s not a safe drug if taken in too large a dose for pain.
That plus the ridiculously high cost of doctors visits. Did the AMA come up with this?

They are certainly supporting it

It’s going to result in people doctor hopping instead of chemist hopping. People with kidney disease cannot take anti-inflammatories so it’s making their lives harder than it already is.

This is a blatant action by doctors to force people to see them for basic prescriptions. And the govt fell for it.

I’d say a lot of doctors are right wingers. The AMA is full of Lib voters. LNP falls for nothing unless it benefits them

Just came back from overseas after spending 15 hours straight in economy. Aggravated an old shoulder injury doing so. No worries, I thought, I’ll pop down to the local chemist and get me some Panadeine.

Not surprisingly, they’ve sold out. I could go to the local medical centre I suppose, and sit around for at least two hours. I’m sure when I eventually see a doctor he/she will ensure during the two minute consultation that I have a genuine need for codeine. And look on the bright side, the government is doing more to relieve us of the burden of making decisions for ourselves.

I think it is appalling and is going to put a huge added burden on our already booked out GP’s. I really hope GP’s are able to give out scripts with unlimited repeats…..

Unfortunately codeine is an S8. In ACT this actually means once someone has been prescribed it for more than a couple of months the opioid monitoring service can tell the GP hey can’t prescribe it any more without the person seeing a pain specialist. There is often a three week wait for pain specialists in Canberra.

Absolutely ridiculous. Now everyone is going to be on the former script-only panadeine forte because they are not going to pay $80 plus doctors fee to get a script for something they used to buy over the counter. Having a real time purchase network through phramacies which restrict the amout of codeine people are able to purchase in a given time period without a script (which has been partially in force for the past 12 months) is much more sensible and meets more peoples needs.

Another ridiculous nanny state edict from the muppets in charge. Its the usual sledgehammer to crack a nut response – penalising the sensible users for behaviour of the odd addict. What next?

I like a nurofen plus every now and then after a rugby game. Now you want me to go to a doctor? Why wasn’t it made like the cold and flu medicine thing. I could have handled that.

Some cold and flu medications are on the restricted list too now. You’ll only be able to get the useless stuff over the counter now.

Julia Ross not true. Pseudoephedrine is still available over the counter with a licence. The formulas have simply been changed to remove the codeine.

A small percentage of users abuse this medication so all users are now to be penalised. This will change nothing except to push many more people into the primary care system, which is already stretched in Canberra. Bulk billing/drop-in clinics will bear the extra weight and codeine abusers will still find a way to get their hands on the stuff. There are better ways of regulating that don’t penalise 100% of legitimate users. A disappointing policy decision.

A small number of hoons abuse cars, so i think everyone should undertake a driving test prior to every time they hop behind the wheel…
Yup, script for lower content codeine meds is just dumb.

I preferred the OTC stuff, since everytime I went to the doctor, I’d be leaving with scripts for endone. I found it difficult to function after an endone, compared to a single codeine which provided relief without putting me to sleep.