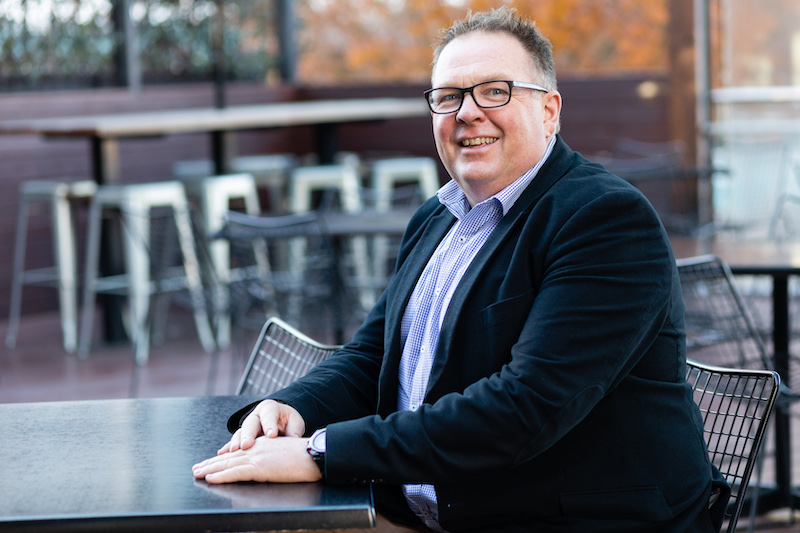 A qualified slaughterman, boner and butcher in his late 20s, Col started thinking real estate sounded more interesting than cutting up fat lambs. He had grown up in Tumbarumba and moved to Wagga Wagga when he was 16, staying in boarding houses while completing his butcher apprenticeship.

“When we go back to Australia I’m going to give real estate a go,” he promised himself.

He did just that. A decade later he took his team of agents to a conference.

“I was sitting outside a pub, having a beer and listening to this guy behind me talking and thought, I know this voice. I turned around and said: “Mate, you are obviously a New Zealander from South Dunedin. James Stewart?” Col said.

“Yes.” “I’m Col McIntyre.” “Oh, the butcher! I’ve opened my own real estate agency and brought my team to Australia for the AREC conference,” James said. “You won’t believe this, so have I,” Col said.

The ball had started rolling much earlier for McIntyre Property, which today has three offices, in Conder, Greenway and Belconnen. It began even before Col moved to New Zealand in his 20s. Before that, the young butcher was at Wagga Wagga’s Romano’s wine bar when he met a young woman not that long out of Red Bend College, Forbes, named Jo Matters. Romance blossomed.

“We married, bought a house in Wagga Wagga, Jo had grand plans to study to be a dental hygienist, that happened to be in Dunedin,” says Col. Instead of returning to Wagga as planned, they moved to Canberra, where Jo became a successful dentist hygienist, while Col made a start in real estate, later hitting his straps with LJ Hooker Tuggeranong under the guidance of Frank Pompeani and Mario Sanfrancesco.

As the years progressed Jo and Col were blessed with their four children, Harrison, Louis, Oscar and Claudia. He looked at the hours he was working and the road ahead thinking: “I have to raise these little tackers, put them through primary school and give them every opportunity I could, and thought to make more money I would follow in the footsteps of Frank and Mario and open my own business,” Col says. 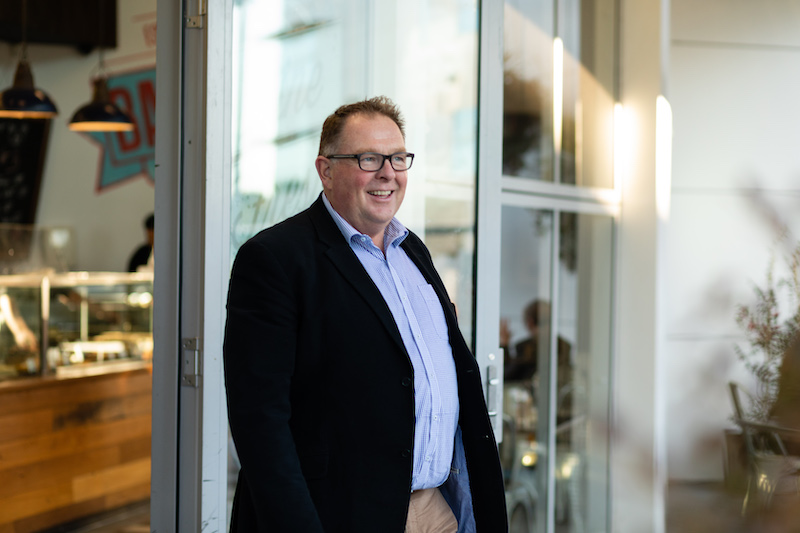 Col says his work team are like an extended family.

They sold their house and bought a rent roll of 80 properties from Darcy and Janette Wentworth. “They were a beautiful couple, they had lost a child who was in his 30s and I would have been about the same age so they took me in as a son,” Col says.

At home these days Col says he and Jo, who is McIntyre Property’s managing director overseeing 22 staff, talk shop “way too bloody much,” because of their strong focus on the business. Also growing with the years is their appreciation of the warmth and kinship that comes from a community, second only to a family.

For the next five to 10 years McIntyre Property will be paying off debt and progressing through succession planning. Future growth will depend on market conditions. In return for their efforts, Col says the business is working for them, enabling the family to get away for family holidays and enjoying their place on the South Coast.

The youngest of eight children Col, like his wife Jo, is passionate about their family. The children love returning to the family farm at Tumbarumba for bonfire nights, Christmas holidays and spending time with aunties and uncles and 22 cousins.

He tends to employ established agents who gravitate to the McIntyre brand and culture where they enjoy a safe environment, not a dog-eat-dog one. “We look after them, we pay well, we are involved in their lives as much as they want us to be. It’s like an extended family,” he says.

Growing up in Tumbarumba, Col was accustomed to his parents’ deep community ties – his father in the turf and rugby league clubs, his mother in CWA and Parents and Friends.

“It was a real interest in community/family environment,” says the sponsor of local schools, Tuggeranong Hawks, the Bushrangers and a multitude of other clubs. “I take Tuggeranong on as my Tumbarumba,” Col says.

“You can’t take from a community and not give back. We employ locally, we don’t go overseas for back-office work. Some companies go offshore. I could do that but don’t because I want the community to support me, so I have to support the community,” he says.

What a skillful practioner but more importantly a good human

A very good man, a good father and also a very good agent.

My twin brother I reckon you got more of the chops

Well done Colin! As a child I loved spending time on the McIntyre farm in Tumbarumba. Great to hear that your hard work has paid off!

Margaret Pascoe - 14 minutes ago
Talk to your bank, the PM said he was going to put a freeze in place. View
Graham McNicholas - 4 hours ago
John Boland yes very much. Let the relief flow down so everyone looked after then the tennants will be too View
Alex Dapontes - 8 hours ago
Micheal Connolly Banks are not freezing mortgage so if my tenant does not pay rent I still have to pay my taxes , land tax ,... View
News 32

Sarah Emmerson - 8 hours ago
I’ve been making them for free! $22 for an adult wow 😮 other friends made 100 for the hospital staff. View
Saskia White - 12 hours ago
Linda Gillespie it’s more about keeping your bugs on you and not sharing them around, as opposed to stopping you inhaling o... View
Linda Gillespie - 13 hours ago
Saskia White no they won’t, they are fashion not medical masks. Btw if someone has the virus they should be either in hospi... View
News 24

Community spirit as people help out in a bushfire aftermath