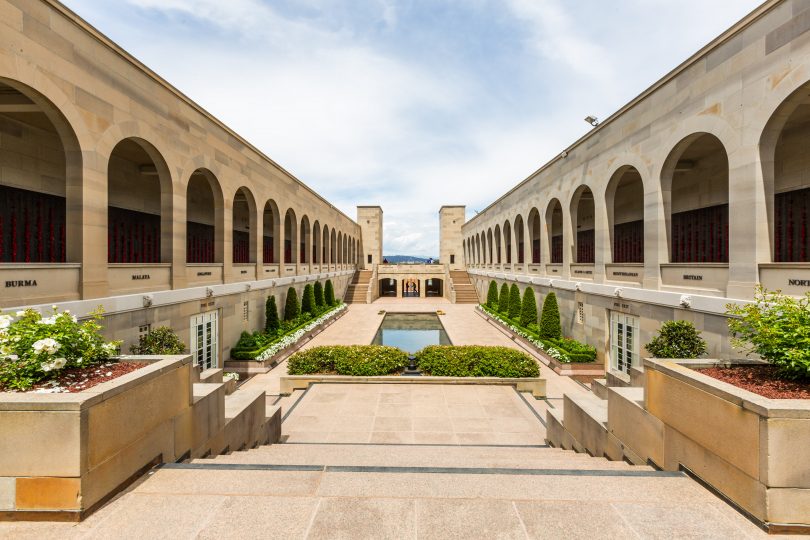 The expansion of the War Memorial is a controversial proposal, particularly the plan to demolish the award-winning Anzac Hall. Photo: Jack Mohr.

There is something pretty special and unique about being a resident of Canberra. While we are members of our local neighbourhoods, we are also custodians of the icons and buildings that are the fabric of the Nation’s Capital. This brings privileges such as (usually) having easy access to some of our precious cultural institutions and enjoying the vistas created by these important buildings. It also brings responsibilities in relation to balancing our needs as local residents with the broader needs of the Australian community.

While all of us understand that all Australians have a stake in the place we choose to call home, it’s challenging when things happen that seem to undermine the democratic rights that other communities have in relation to planning and development decisions. This issue has once again come to the surface due to a number of actions taken by Federal bodies including the National Capital Authority (NCA).

A couple of weeks ago local Curtin residents were confronted with the news that land that had been used for many years as horse paddocks had been acquired by the NCA with little consultation or notice. Some belated consultation is now occurring but it is clear that decisions have been made and community discussion will at best result in tinkering at the edges.

In another part of town, the proposed expansion of the Australian War Memorial (AWM) in Campbell continues despite real concerns about the proposal. While supported by the major parties, this proposed redevelopment continues to be opposed by the ACT Greens due to its cost and environmental impact.

From the outset, this has been a controversial proposal, particularly the plan to demolish the award-winning Anzac Hall. It’s set to have a significant environmental impact. This includes the likely loss of many trees that surround the AWM and the expansion of the footprint of the building. It’s also eye-wateringly expensive, at almost half a billion dollars.

This investment has been pledged by a Federal Government under significant budgetary pressure, particularly after the Summer’s bushfires and now with the COVID-19 pandemic. This also came in the wake of significant funding cuts experienced by other Australian cultural institutions in recent years.

The AWM development is in focus once again due to the fact that the Federal Government’s Standing Committee on Public Works currently has an inquiry into the proposed redevelopment, with submissions being invited until 20 June 2020. This is another chance for the community to express its concern.

It’s not that they haven’t already.

Last year an open letter signed by 83 prominent Australians (including 24 recipients of the Order of Australia) called for the proposal to be scrapped. Earlier this year a petition started by a local resident calling for the funds to be diverted to bushfire relief received over 12,000 signatures in a couple of weeks.

The legitimate concerns of this proposal cannot be mistaken for a lack of sensitivity or gratitude for the contributions made by those who have served in Australia’s defence services. Indeed, there has been discussion of the need for more funding and support for mental health and trauma services that would be a more practical way of responding to the impacts of war on individuals and families.

There are very few people who question the value of a memorial to recognise the sacrifice made by generations of Australians in defence of our country. There is growing unease, however, about the shift away from sombre space of memorial and reflection into a war museum showcasing hardware and sponsored by arms manufacturers.

With little control being held by local planning authorities, it’s vital that authorities such as the NCA do not ignore the contributions of local residents who will continue to be the custodians of the Nation’s Capital in the years and decades to come. Community engagement should not be seen as a hindrance to progress. Indeed, it should be embraced given that most often meaningful participation by local communities most often delivers better planning and development outcomes.

I think we need to continue to ask how the Federal Government can justify the $500 milion investment for the expansion of the AWM after the devastating bushfires and the impacts of COVID-19. What do you think should happen about this proposed development?

Rebecca is an ACT Green’s candidate for Kurrajong in the upcoming Territory election. She is the candidate’s spokesperson for planning and development.

The Greens fail to practice what they preach. The voices of the community are routinely ignored by the Greens/Barr ACT Government in planning matters.

I share many of the concerns expressed in this article, including the cost and the planned demolition of Anzac Hall. I don’t oppose some expansion of the Memorial, just the scale proposed. However, I disagree with the “shift away from sombre space of memorial and reflection into a war museum showcasing hardware…”. The AWM has always been a museum and a memorial to Australia’s war dead. This is how founder Charles Bean envisaged it and I think he’d be fairly satisfied with how it has developed. However, I’m not sure he’d agree with the scale of the proposed expansion, including the vandalism planned to be visited upon Anzac Hall.

TimboinOz - 45 minutes ago
I agree. We two are retired, we do not drive our car more than three times a week. We bought it, very slightly used in early... View
nobody - 6 hours ago
I am tired of these elites asking the poor to pay for the expensive green tech desired by the virtuous. If you want the lates... View
Community 21

TimboinOz - 1 hour ago
A Forester is even better. More ground clearance makes it's reach / range into bushland a good bit better. And it's just as g... View
Peter McDonald - 2 hours ago
Michael Bradshaw and it’s EV. View
Julie Macklin - 2 hours ago
The difference here was the Subaru Outback I was following got over that gully...on three wheels with one corner in the air,... View
News 1

ChrisinTurner - 2 hours ago
I had to look up stealthing on Google. Seems to have changed the whole intent of the word "stealth". The mind boggles with th... View
Opinion 36

BlowMeDown - 5 hours ago
I think you've just summarised the Labor/Greens strategy re promoting light rail by derailing, as they did, the bus system in... View
Martin Bonsey - 15 hours ago
This outcome isn't as surprising as the NCA's West Basin decision: having concluded the Curtin horse paddock - lakebed land s... View
Business 61

Lisa Hogan - 6 hours ago
Agreed. The current scheme only benefits those with the disposable income to buy stuff. So another 'discount' for the rich. A... View
News 41

JC - 6 hours ago
There is a partial element of truth in it, but only if you draw a very long now. ACTEWAGL is 50/50 owned by Icon Water and Je... View
Community 3

Acton - 7 hours ago
An attempt to use a drone with barking dog noises to round up sheep ended in hilarious failure on Clarkson's Farm, now showin... View
News 65

Have you spotted the Dining Dome at The Dock on the Kingston Foreshore yet? This new Canberra dining experience has...
Community 21

UPDATE 11 June, 9:45 am: The ACT Government has announced that the ChooseCBR scheme has been paused for seven days...
Best of Canberra 186

The National Capital Authority has approved early works to support the $500 million expansion of the Australian War Memorial, despite...
Opinion 36

It's higher off the ground than any of its rivals. It has an all-wheel-drive system and driving modes for deep...
Motoring 54

The people of Canberra have spoken. According to a recent Region Media poll, nearly 70 per cent of Canberrans agree...

@The_RiotACT @The_RiotACT
After losing their newborn son, Tory Bridges and Harry Townsend have established a foundation to fund medical research and regenerate forests for future generations https://t.co/gT0ZUczNrn (48 minutes ago)

@The_RiotACT @The_RiotACT
Ben Williams rose to the top of his field as a world-leading football referee - and even officiated at one of the craziest games ever played. Tim Gavel explains a journey that began at age 15 in Kambah https://t.co/eyMRbZboiX (2 hours ago)

@The_RiotACT @The_RiotACT
Making connections with people beyond the classroom at uni can be tricky, but the ANU Solar Racing team is bringing bright minds together https://t.co/Yfo2pt1wkv (4 hours ago)