2 May 2020 | John Thistleton
Start the conversation 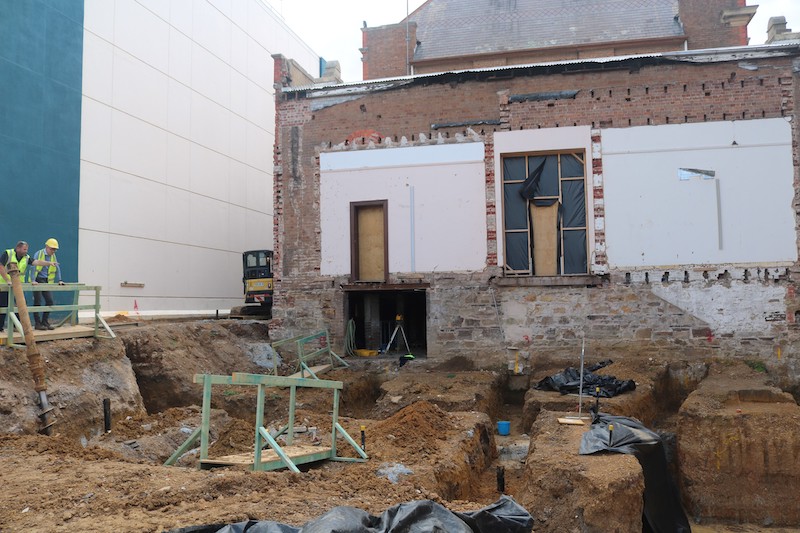 Six years on from the first proposal to re-purpose the former Goulburn Town Hall, construction on the project is well underway.

Despite protracted debate about the merit of the $20 million conversion of the historic Auburn Street site into the Goulburn Performing Arts Centre, excavation work by Zauner Construction is nearly complete, with a tower crane soon to be erected.

Getting to this stage of the redevelopment has taken several turns, with design reviews and budget estimate upgrades. There were concerns about the cost of the project and a lack of parking at the centre, but an independent review from the Southern Regional Planning Panel, and subsequent council meetings, strongly supported it proceeding.

Goulburn Mayor Bob Kirk said while much of Australia is working under different circumstances due to the COVID-19 crisis, it’s pleasing to see construction progressing with no major speed bumps.

“Zauner Construction did have some delays during February due to the beautiful rain we received, however they are well into the excavation and sub-structure works, laying the foundations for this brilliant facility,” said Mayor Kirk.

Due to confined space in Auburn Street, and access only via the lane from the adjacent post office, bringing in building material will be challenging. Consequently, the tower crane is being erected onsite. That is scheduled for the weekend of 23 May.

A revised construction program will be submitted to council later this month, which will take into account the impact of rain delays. 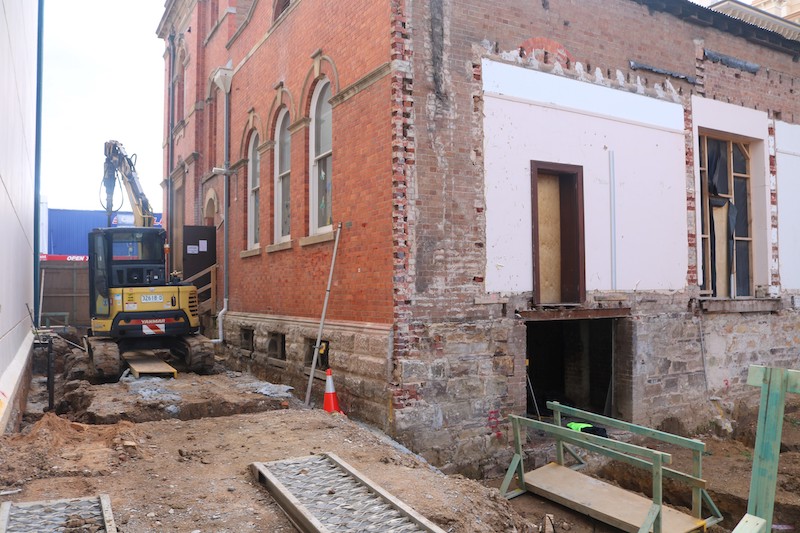 The Goulburn Heritage Group (GHG) says once the project is complete, the Goulburn Performing Arts Centre could become an Australia-wide example of what is possible with historic buildings.

“Fortunately, the entry facade is not to be altered so this Manfred-designed edifice will always be a main-street asset,” said David Penalver, a spokesman for the GHG.

He said the staging of quality arts events will hopefully draw large crowds to the arts centre. “It would be wonderful if Goulburn could demonstrate how proud we are of this city’s history, of its built heritage, of its main commercial city architecture, and of our intellectual arts appreciation and its need for ongoing support.

“An important side issue will be the improvement to main-street activity. With more pedestrian movement comes the need for clear, open spaces; for greenery with attractive seating spaces; and unnecessary vehicles being directed away from the busy commercial centre.

“Another big plus is after-business-hours outdoor activity and growth in inner-city shop-top housing. This project opens up the chance to recreate a lively and prosperous country city for the future. We should all try our best to make this happen.”

The original town hall was designed by acclaimed Goulburn architect Edmund Cooper Manfred. When the building was completed in 1889, with a steep roof comprising Welsh slates, Manfred remarked the materials were more expensive than those usually used in Goulburn.

Mayor Kirk said that when completed, the Performing Arts Centre will seat 400 people in a stunning theatre hall, and provide performance space the Goulburn region deserves. The NSW Government is providing $4.5 million in funding, with the federal government committing $1 million.

Additionally, the Veolia Mulwaree Trust has pledged $2.5 million as a community partner for the project.

“Only $6.3 million in loan funding is being taken out for construction of the Performing Arts Centre by council, and this will be locked in at the low interest rate of 1 per cent,” said Mayor Kirk.

The site’s tower crane joins the 40-metre crane that currently towers above Goulburn as part of the $150 million hospital redevelopment. This existing crane is the subject of a competition among local school children to give it a name, with the winner receiving $1000 in sporting equipment.