Contemporary worlds: Indonesia is a wild ride into the soul of our island neighbour 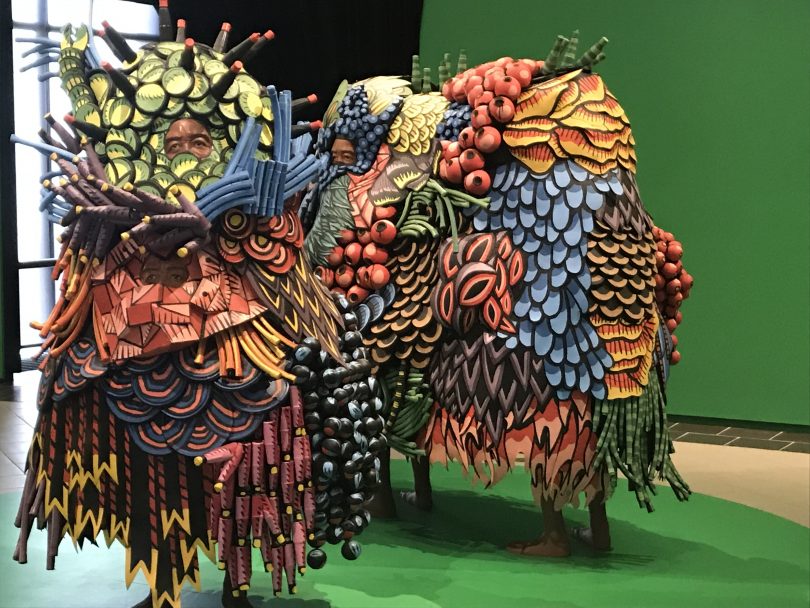 For all the vast energy, dynamism and the sheer volume of the population just to our north, beyond Bali, Australians know surprisingly little about our nearest major neighbour, Indonesia.

Despite a robust, sometimes rambunctious relationship, Contemporary Worlds: Indonesia at the National Gallery is the first major Australian exhibition to look at how artists are responding to the massive cultural churn taking place there since the fall of the Suharto regime in 1998.

The work is fresh, strong, challenging, sometimes angry and very engaging – and you have less than a week to see it before it closes on Sunday.

Director Nick Mitzevitch says that thanks to the foresight of founding director James Mollison, the NGA was already paying attention to Indonesia, amassing a world-renowned collection of textiles and sculptures since its inception.

A number of works from this show have also been acquired by the Gallery to represent the dynamic tensions now at play post-Reformasi (as this period is known) when it’s suddenly OK to talk about everything from sexuality to pollution after three decades of repressive rule.

Not that the task of bringing this together was an easy one: curator Jacklyn Babington talks about feeling as though she’d been parachuted into Yogyakarta, assaulted on all sides by an intense bustling soundscape that alternates religious messaging with a deafening urban roar.

Indeed, sound became one of many ideas that helped shape the show: there’s a wall of zinc bricks embedded with models of artist Agus Suwage’s ear that plays field recordings, or artist Togar’s complicated, anarchistic sound machine that includes motors and loudspeakers and a ventilation dome vaguely referencing minarets and the call to prayer.

Some artists are emerging, others are senior practitioners who survived the Suharto regime’s repression. All have benefited in some way from other consequences of political reform including a renewed focus on defining and championing Indonesia’s art history from within the country and on its own terms. 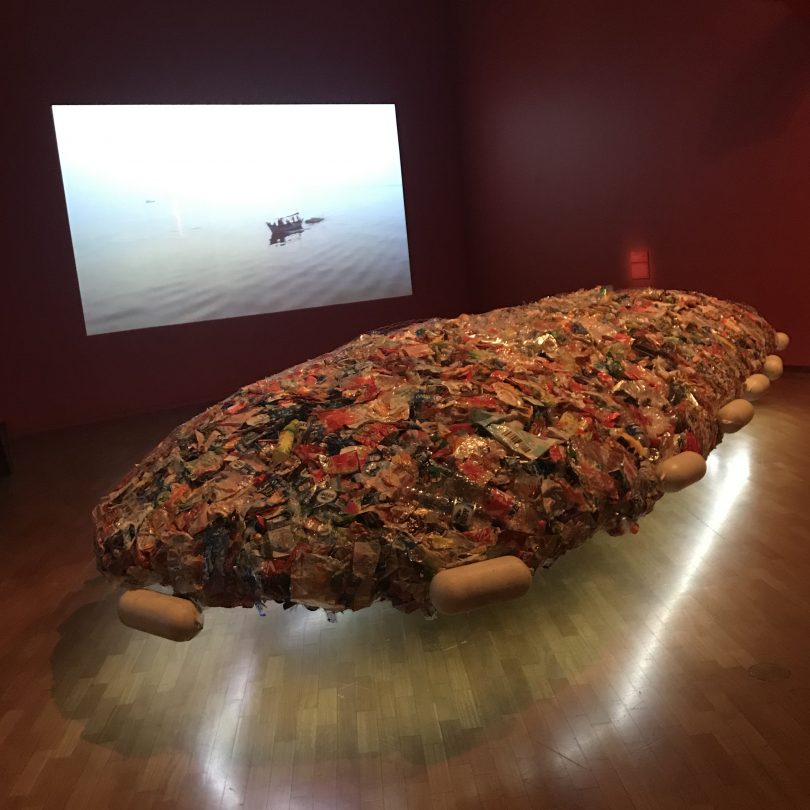 A giant raft of plastic waste comments on the legacy of materialism, population growth and waste.

So, for example, Tita Salina has made a floating island entirely composed of rubbish: she paddles on the raft of plastic detritus or tows it along the Javanese coast commenting on the effects of industrialisation and population growth.

Carnival Trap by Eko Nugroho uses upcycled plastic debris collected in Yogyakarta to make wildly coloured carnival costumes. Referencing both shadow puppets and cartoon characters, he seems to be saying that Indonesia itself is like a carnival, noisy and energetic but also unmoored, sometimes wasteful and full of hype.

Jompet Kuswidananto fills the back of a truck with the eerie outlines of workers. The familiar sight of trucks filled with people going to football matches or work sites is subverted by their past use in transporting anti-communist and vigilante troops to exert social control. Masked heads float and mechanical hands clap slowly, eerily, in unison. 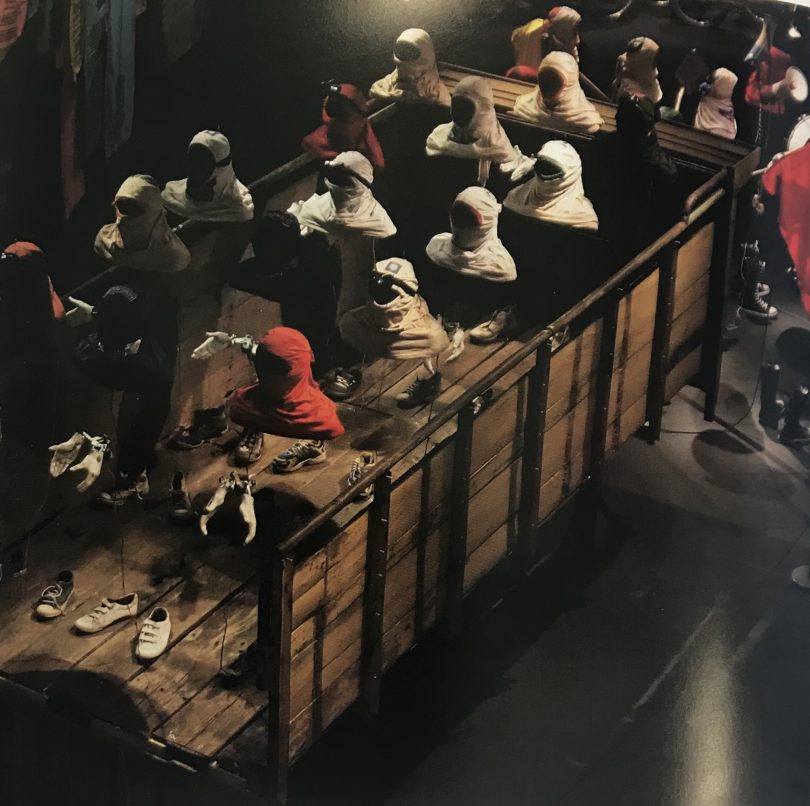 A truckload of disembodied workers is a shadowy reminder of past repression.

There’s so much more: it’s vibrant engaging work constructed by artists who are active commenters on their society and proof, in themselves, of the freedom granted by democracy to raise their voices.