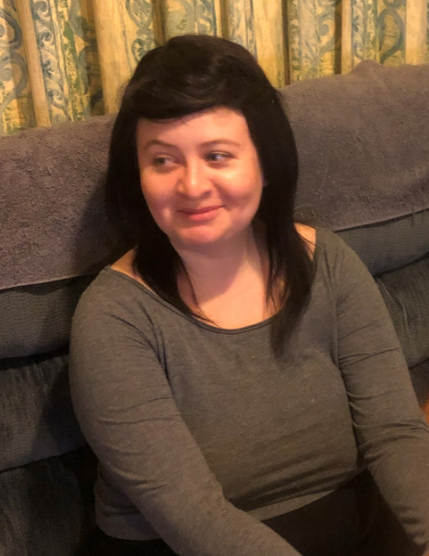 Have you seen Francesca Hickling-Riveria? The 26-year-old is reported as missing. Photo: Facebook.

They have thanked the media and the community for their assistance.

NSW Police are appealing for help from the public after a Cooma woman failed to return from a trip to Canberra last Friday, 25 September.

The 26-year-old has medical conditions that require daily treatment.

Police and family are concerned for Francesca’s welfare as she has not been seen or heard from since last Friday.

She is described as being of Caucasian appearance, about 165cm tall, of thin build, with blue eyes and brown hair.

It is believed Francesca may have travelled to Sydney via train, and further on to the Newcastle area.

Anne O'Hara - 50 minutes ago
Dave Fuller and will 😡 View
Anne O'Hara - 53 minutes ago
Wasn't an issue until self-government. Mismanagement of basic Canberra services has been an ongoing battle. We are required t... View
Julie Macklin - 1 hour ago
It's been raining - a lot - that makes grass grow. It's growing the most it has been in years. Cut it and it grows again very... View
Community 1

ssek - 2 hours ago
Give it time and the greens will have all kinds of legislation around halloween to prevent children having fun. View
News 1

ssek - 3 hours ago
These marine parks are ridiculous. Stopping a few people with a rod and fishing line from catching a couple of fish does not... View
News 73

Capital Retro - 4 hours ago
I don't agree with a few of your claims. I am a senior person and at no time in my life have I ever heard of house ownership... View
Motoring 10

oh_ - 4 hours ago
As much as the noise, disruption and burnout smoke is trying for nearby residents, it does bring money and something differen... View
Rob Thomas - 14 hours ago
Floriade? View
Tim White - 15 hours ago
David Perkins you do know that it created jobs and brought millions into our local economy and in some cases kept many small... View
News 5

Chris Hobbs - 6 hours ago
Will ACT residents benefit from 30% canopy cover by 2045 from a massive tree investment, yes! Will we need to remove some old... View
Alice Paris - 6 hours ago
I dont think you understand what is happening here Chris. The Greens and Labor are responsible for the removal of so many mat... View
Bill Gemmell - 7 hours ago
Alice Paris I think people need to talk to their MLAs and let them know how the feel about various issues. I certainly will b... View
Food & Wine 32

Tim Hutch - 19 hours ago
The best way not to give them your money is to do the speed limit. It's really not that hard. View
Food & Wine 21

UPDATED 1:45 pm Elizabeth Lee has been elected leader of the Canberra Liberals, taking over from Alistair Coe who did...
Motoring 10

Love it or hate it, Summernats is usually big business for the territory. At a quiet time in the nation’s...
Breaking 2

The ACT Greens have been on cloud nine for the past week but now it's time to come down to...
News 31

The ACT's mowing team is battling to stay on top of exploding grass growth in a season vastly different from...
Sport 27

@The_RiotACT @The_RiotACT
Monster Kitchen & Bar is going vegetarian. It's a bold step for any restaurant, but there's serious pedigree in the kitchen to make it work https://t.co/0RKAFh6R47 (2 hours ago)

@The_RiotACT @The_RiotACT
Ten schools in NSW were the target of a bomb hoax yesterday, coinciding with an HSC exam. Police say students may not be evacuated in future https://t.co/i1r4gY2TTE (2 hours ago)