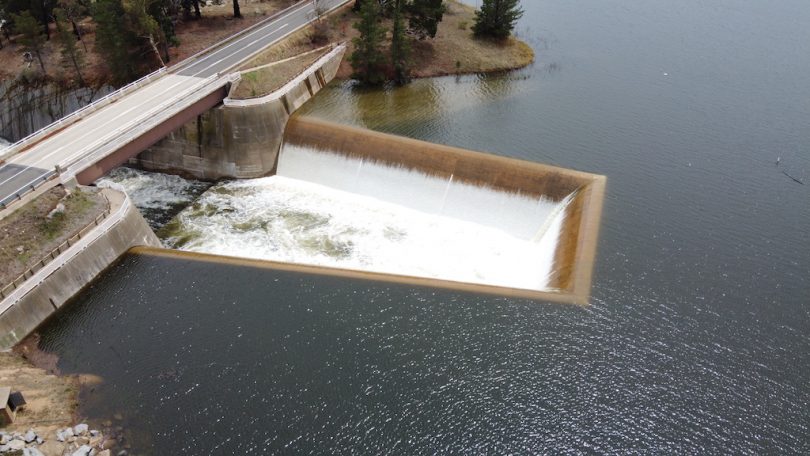 Goulburn Mulwaree Council wants a developer to pay $66 million in fees for establishing a poultry processing factory in Goulburn.

Former Sydney builder Eddie Wehbe is proposing the $84 million project which will require a vast amount of water to operate. Poultry farms are increasingly being forced out of the Sydney Basin and relocating to regional areas, and Mr Wehbe’s proposal is for the plant to process 192,000 birds a day.

Operating 24 hours a day, seven days a week, the factory would create 260 jobs and generate $30 million in economic activity each year. A childcare centre for 68 children, a live bird enclosure and water treatment plant would be built around the processing operation.

Mr Wehbe is furious about the amount of fees.

“I cannot afford to build Goulburn’s infrastructure for Goulburn,” he said. “Yes, I will contribute, but not for everything.”

Profit margins are too tight in the food sector and Mr Wehbe’s investors would not spend an extra $66 million on top of the $84 million investment.

“I mean, we are not making gold,” he said. “We can invest $10 million in a recycling plant that would recycle water up to food grade, but we need to scale up first.

“Goulburn has the water for this facility. If it did not have the water, why go down this road? It is not as simple as just wanting all that water; we are getting nothing for free. We pay for the water and pay for all the water we discharge. I have wasted three years of my life.”

Goulburn Mulwaree Council’s general manager, Warwick Bennett, said the $66 million calculation for water usage – which Wehbe disputes – is high, but in line with council’s policy for buying into the water and waste water scheme that current ratepayers have already paid for.

“We accept that because we have built our plants to meet high environmental standards and community expectations,” said Mr Bennett. “That is why we raised the opportunity to negotiate, and council had a number of discussions with Mr Wehbe with this goal in mind.

“Mr Wehbe’s processing plant will consume between one and 1.5 megalitres per day, while we as a city currently only consume around eight megalitres per day. This is an increase of 18 per cent, or the equivalent of 2250 homes when based on average household consumption.”

Mr Bennett said the developer’s counter offers to council have been very low and significantly below what could ever be considered as reasonable.

“If this proposal succeeded, council would need to immediately increase our capacity at both the water and waste water plants, which would cost us multiple millions of dollars,” he said. “We are willing to do this, but it should not all be funded by the existing ratepayers. Mr Wehbe’s development would need to make a reasonable contribution if increasing the water usage for Goulburn by 18 per cent.”

Mr Wehbe hasn’t spoken to the council for months. He said he has come too far to walk away from the project, and will probably ask for an extension of time from the NSW Department of Planning, Industry and Environment, which wants more details on his plans.

Mr Bennett says council’s door remains open for discussion with Woodlands Ridge Poultry and any other business that wishes to establish in the Goulburn Mulwaree region.

The planning department wants a revised environmental impact statement and is concerned about water demand; rezoning the site in Sinclair Street; biosecurity; public interest; and the plant’s visual appearance from the Rocky Hill War Memorial and Museum.

The NSW Environmental Protection Authority has called for more detailed information about smells from the live-bird area and byproduct processing plant.

According to council, the proponent downplays the impact the new processing plant will have on the view from the Rocky Hill War Memorial and Museum, arguably one of the most important views for consideration.

Council also believes the processing plant is an unsuitable place in which to locate a childcare centre.

Poor developer. Imagine not getting a free 66 million gift.

Move it to Canberra as we have plenty of water, a love of waste and the odours generated.

If the developer can’t afford it, he should just forget the plan or try elsewhere, just like anyone else has to.

Hans Dimpel except the fee is ludicrous. The entire waste water plant upgrade and highlands source pipeline together cost $87 million. Why would a single developer have to pay $66 million? It makes no sense at all.

Matt Maas because the upgrade is to service his enterprise….?

Hans Dimpel let’s assume that is actually true, how do they come up with that figure then? How does the “upgrade” cost almost as much as two major projects that service the entire city?

Matt Maas I dont know. Im just saying he should maybe look elsewhere…? Maybe they are nervous about a water intensive polluting industry after so many years of drought and water shortages.