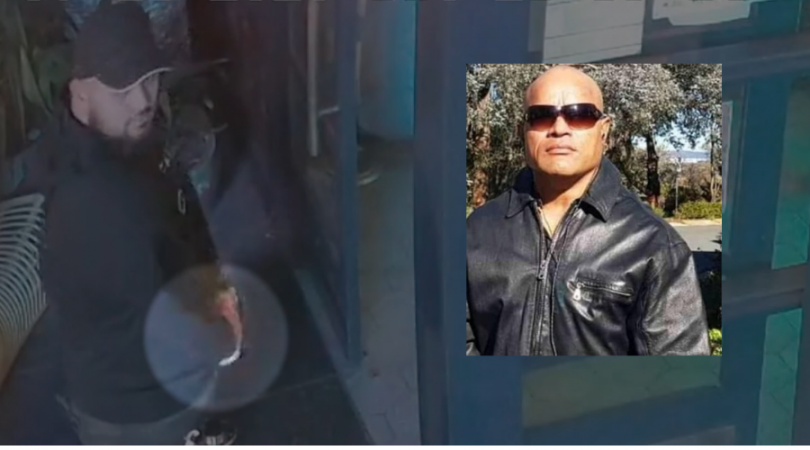 With the stab of a knife during a frenzied nightclub melee, two children lost their fathers.

Self-admitted “coward” Frederick Elijah Mercy Tuifua has told the ACT Supreme Court he has now realised he has “thrown it all away” because he murdered Canberra Comanchero commander Pitasoni ‘Soni’ Ulavalu during a brawl in Kokomo’s last year.

A former Canberra Grammar School student whose wife gave birth to their daughter while he has been held behind bars, the 27-year-old was sentenced to 20 years’ jail on Friday (19 November).

However, with a non-parole period of 10 years, he is eligible to be released as soon as 2031.

Closed-circuit television footage screened to the courtroom showed Tuifua holding a knife as he entered the Civic nightclub before the fight kicked off just after midnight on 19 July 2020, in which a large group of men could be seen brawling, and knocking over tables and chairs.

When Ulavalu had his back turned while trying to placate the brawlers, Tuifua quickly stepped behind him and stabbed him in the neck.

The courtroom was packed for the sentencing and when the murder was shown for the first time, several in the gallery let out large sighs. The second time it was shown, some people started to cry. The third time, some walked out.

After being stabbed, Ulavalu was seen stumbling out of the club, dripping a trail of blood onto the pavement before collapsing in a gutter along Genge Street.

His partner Monique Eramo, who was 14 weeks pregnant with his child at the time of the murder, told the court that there was not a day that went by in which she and his family did not feel emptiness and sadness from the loss. 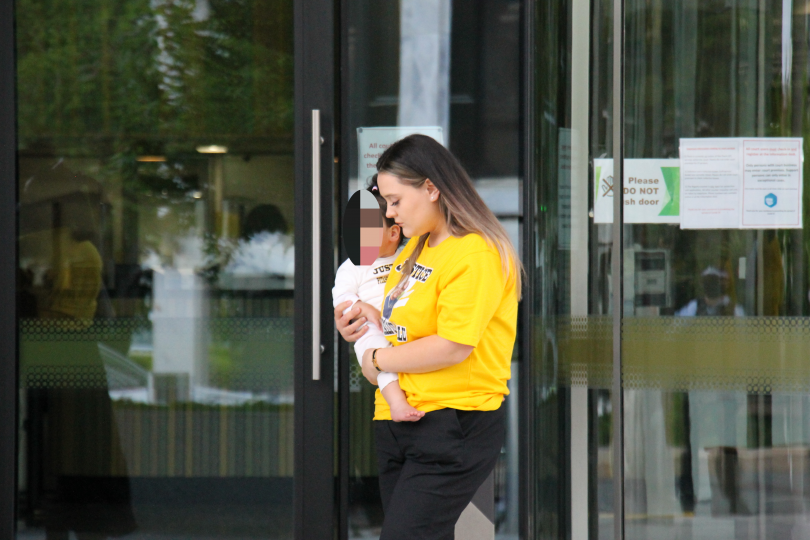 “Pitasoni was so excited to become a father again, there was no better joy,” she said.

“He had a heart of gold, a pure love like no other and a genuine character who was always ready to lend a hand.

“The death of Pitasoni has affected the wider community, someone with such a genuine and infectious presence will always be remembered for his greatness.”

When Tuifua himself took the stand to address the court, his barrister Bret Walker SC asked him why he used the knife twice that night, first to murder Ulavalu, then to stab Canberra Comanchero member Zachery Robb.

“This is something I’ve been asking myself since the night of the offence,” Tuifua said.

“I watched the video and I don’t even know who that person is. I had a life, but I’ve thrown it all away in that moment.”

Crown Prosecutor Anthony Williamson pressed him on why he had stabbed the bikie boss, who never hit Tuifua or acted like he would hit him, while he had been trying to calm everyone in the brawl down.

Tuifua could only say, “I really don’t have an explanation”.

Mr Williamson then asked why he then stabbed Robb in the leg while he was being restrained by Tuifua’s friends, to which he admitted, “I’m a coward”.

During submissions, the prosecutor said there were normally excuses in cases like this, “but there is not one here”.

“Here we have a man who by his own account was raised by loving, supportive parents. He went to good schools. He’s always been employed. But without any warning and without any explanation, he has killed another human being,” Mr Williamson said.

He also said when Tuifua walked into Kokomo’s just before the fight broke out, he had made a “shushing” motion to staff, from which could be inferred that he knew they saw he had the knife and he didn’t want them to do anything about it.

Mr Walker said there had been a “wholehearted, though obviously baffled, acceptance” by Tuifua of “these terrible events” and that his client was ashamed.

He also said the offending was “entirely bereft of any hatched plans” or “fostered hostilities”.

He said Tuifua’s wife Katherine told the court her husband had “cried uncontrollably” to her after the murder.

“My husband lives with the guilt of taking a life and will live with this guilt for the rest of his life,” she said.

“He will live with the shame and humiliation of his daughter one day learning about it.”

Tuifua pleaded guilty to charges of murder and intentionally inflicting grievous bodily harm from the Kokomo’s brawl and a charge of assault that came from a prison bashing in the Alexander Maconochie Centre on 1 November 2020.

Justice Elkaim said due to Tuifua’s youth and background, he had good prospects of rehabilitation, which should be encouraged through the non-parole period.

While his total 20-year jail sentence ends in 2040, he will be eligible for release in August 2031 after a 10-year non-parole period ends.

Maximilian Ellis Kurt Budack and brothers Matthew Rokosuka Vakatagi Kupu and Osaiasi Avanua Sydney Kupu were sentenced over their roles in the brawl in September, while another man who cannot be named was sentenced in May.