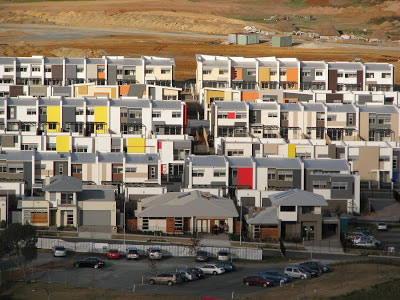 Winning the RPS Award for Best Master Planned Community, the suburb of Crace was rewarded for offering the highest levels of community, sustainability and amenity, says a spokesperson from the Property Council of Australia.

“The judges were impressed by the quality of amenity and the commitment to good design. Crace challenges people’s perceptions of what a new suburb can be.”

Crace is the result of the collaborative efforts of the Crace Joint Venture, consisting of the ACT Government’s Land Development Agency and Crace Developments – a consortium of which CIC Australia is the lead partner and project manager.

“A range of innovations were designed to create an ‘urban buzz’ often lacking from suburban life. The masterplan was divided into two precincts – urban and suburban – to provide residents with the best of both worlds. The masterplan rejects the looping streets so often found in Canberra in favour of a grid layout that enhances views, and makes public transport easier to access.”

The Crace masterplan features a vibrant high-density urban core surrounded by a tranquil suburban precinct. Affordability was a key driver at Crace, with 15 per cent of homes sold under the ACT Government’s affordability threshold. A mix of housing types, including terrace and semi-detached houses, provide housing choice.

The plan included 35ha of green space, including a 7.5ha Hilltop Reserve at the centre of the suburb. Cycleways, pedestrian paths and a bus route were included in the masterplan, while the suburb was the first in Australia to achieve GreenSmart accreditation in recognition of its sustainability initiatives, including leading-edge water-sensitive urban design.

“Crace is a model of industry innovation – demonstrating how creativity and a commitment to design excellence can deliver better outcomes for the entire community.

“We have partnered with the Property Council of Australia to present this awards program since its inception in 1982, and are delighted to see the best developments recognised again in 2014,” Mr Chappe says.

The 2014 Innovation & Excellence Award winners were announced at a gala dinner, held at The Star Event Centre in Sydney, on Saturday 17 May. The Awards celebrate innovation and leading practice within Australia’s property development and investment industries. See below full list of winners and please feel free to visit www.propertyoz.com.au/awards 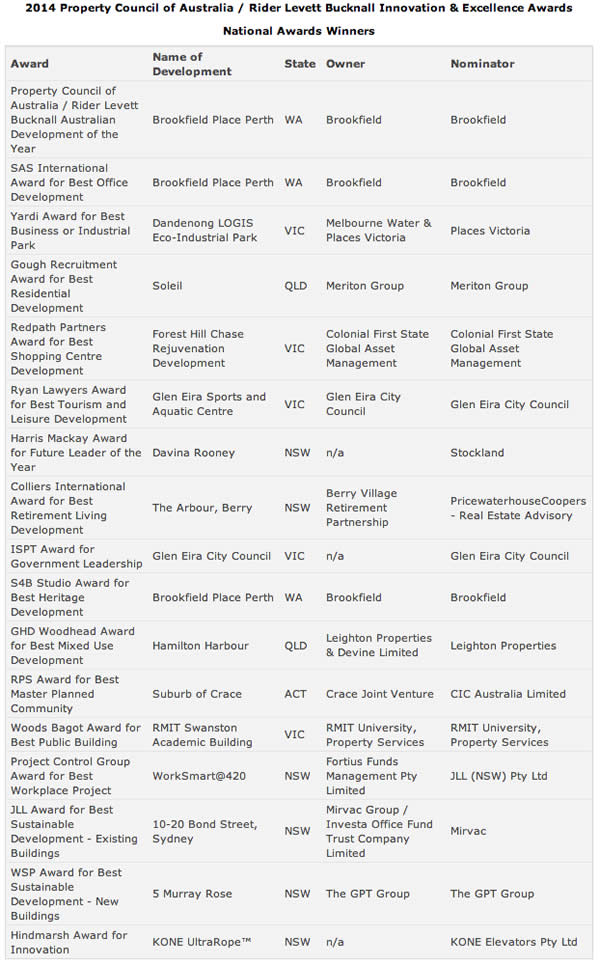 It just goes to show you how low the standard of development has dropped to.

Michelle Preston - 5 minutes ago
Property prices in Yass are over priced. View
Elyse Crawford - 32 minutes ago
Amanda Adams still the same cycle, those tenants would then be homeless. View
Ricky Gill - 3 hours ago
Beth Stevenson is that U? View
News 7

Brian Myerson - 11 hours ago
Your article does not mention that every person in Canberra should be extremely proud that almost every year they achieve one... View
Property 17

@The_RiotACT @The_RiotACT
Hot in the City: Al Manoosh is serving up a Lebanese breakfast spread in Mawson https://t.co/NbUW7gTjh2 (1 hour ago)