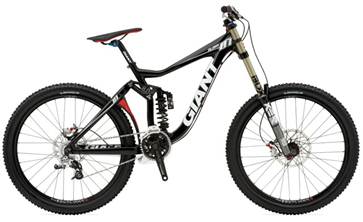 About 8.30am, a staff member attended the PCYC building on Grattan Court, Wanniassa, and found that the garage door had been damaged and a trailer containing eight mountain bikes had been stolen overnight. The burglary was immediately reported to ACT Policing and police attended to examine the area.

About 2pm on Friday (November 7), the empty trailer was located behind the Monash Shops on Barraclough Crescent. AFP Forensic Services attended and examined the trailer.

“Any theft shows blatant disregard for others, however it’s always more disappointing when a local community organisation is targeted,” Station Sergeant Cameron said.

“PCYC has been involved in the Canberra community for over 50 years, providing opportunities for change for young people from all backgrounds. PCYC uses the mountain bikes as part of its youth programs which encourage both physical and emotional wellbeing.”

“We’re seeking any information about the theft from Wanniassa overnight on Tuesday or Wednesday morning, or anyone who saw suspicious activity where the trailer was left in Monash on Friday.”

The bikes stolen include:

Police are urging anyone who may have information that could assist police to contact Crime Stoppers on 1800 333 000, or via act.crimestoppers.com.au. Information can be provided anonymously.

As part of a joint campaign by the ACT Government and ACT Policing on bike theft from earlier this year, recording your bike’s serial number and identifying characteristics is easy with the ‘bike passport’, available online at police.act.gov.au and justice.act.gov.au.

Labor has missed an opportunity this election to reinvigorate its presence in the ACT's south, the team overall and the...