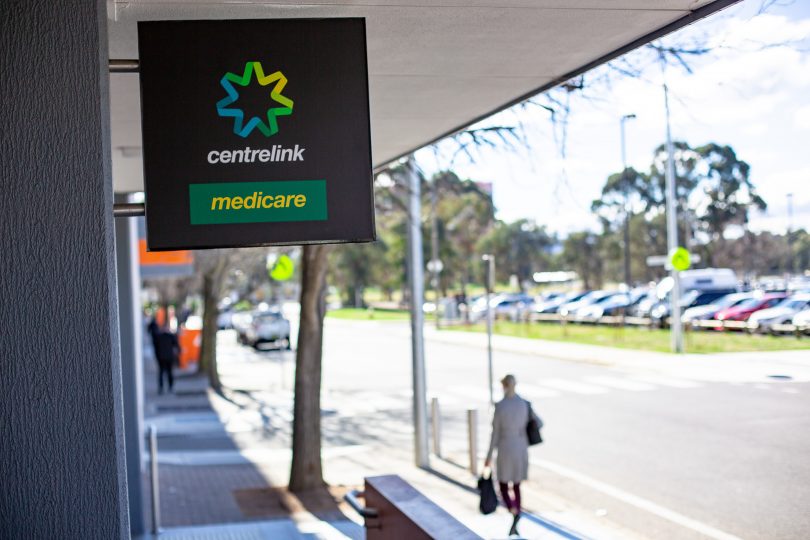 JobSeeker has been extended by three months to the end of March 2021, but at a lower rate. Photo: George Tsotsos.

The ACT Council of Social Services (ACTCOSS) has slammed the Commonwealth Government’s decision to cut income support payments in the new year, calling the cuts “cruel”.

The Commonwealth Government announced it would extend the COVID -19 supplement for people on JobSeeker, Youth Allowance and parenting payments from 1 January to 31 March 2021 but will do so at a reduced rate of $150 a fortnight, down from $250.

“This Christmas was already going to be tough for the thousands of Canberrans who have lost jobs and income over the past year. Now they face a further cut to income support on 31 December,” ACTCOSS CEO Dr Emma Campbell said.

“When first introduced in April, the Coronavirus Supplement of $550 per fortnight protected many people from experiencing poverty if they were without work.

“When the supplement was reduced by $300 per fortnight in September, the rate of JobSeeker and related income support payments returned to below the poverty line.”

Around 23,000 people in the ACT are currently receiving the supplement.

The number of Canberrans living below the poverty line has increased to around 38,000 after the COVID-19 supplement was tapered in September, up from 30,000 prior to the pandemic, according to ACTCOSS figures.

The poverty line is defined by the OECD as half the median household income of the population. In Australia, this translates to a single adult living on less than $427 a week or $895 for a couple with two children, according to The Smith Family.

READ ALSO Has JobKeeper worked too well? Experts prepare for an influx of business insolvencies

“Further reducing the Coronavirus Supplement from the current rate of $250 per fortnight to $150 means that these payments will fall even further below the poverty line, pushing more Canberrans into poverty and pushing people deeper into poverty,” Dr Campbell said.

“We need a permanent, adequate rate of income support that keeps people out of poverty and that allows them to cover the basics and rebuild their lives.

“Cutting income support at Christmas is a cruel and damaging decision.”

She added that it was also a “bad economic decision”.

“When you give money to those on the lowest incomes, it gets spent straight away. People buy new clothes for their kids, get their house fixed, get their car fixed, they put that money straight into the economy.”

The extension of the supplement will come at a cost of $3.2 billion, Prime Minister Scott Morrison said.

Yes you should be paid lots for doing nothing, that’s entirely fair

Meanwhile amendments to stop companies passing on the government payments to shareholders and executives was voted down today.

I really wish they would stop using this ridiculous relative definition of poverty.

Under this definition, you could double every person’s income tomorrow and the exact same amount of people would be living in “poverty”.

And whilst I agree that the rate of Jobseeker should be increased permanently from its previously low level, it is perfectly reasonable for the government to remove temporary stimulus measures over time. It is not remotely “cruel” to do so.

The more important issue is that they should be advocating for a higher base level from next March.