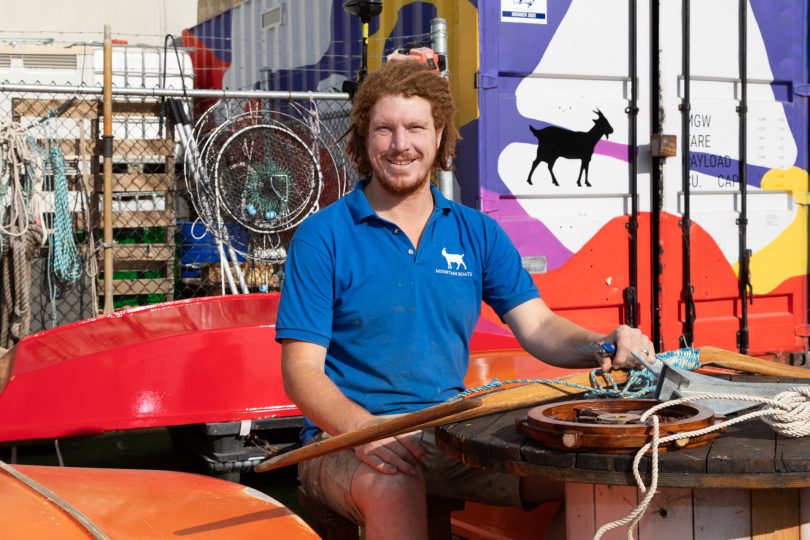 Pip (Phillip) Scharf of Mountain Boats at Dairy Road: “It didn’t make sense to me that there weren’t any wooden boats.” Photo: Michelle Kroll.

A Canberra craftsman is doing something that floats his boat and a lot of others’ as well – literally.

In his small, makeshift factory the ‘Goat Pen’, at the innovative Dairy Road precinct near Fyshwick, Pip Scharf is doing what nobody else in the world seems to do anymore – turning out wooden dinghies. He is also looking to expand his business Mountain Boats to include bigger (but still small) boats and increase his production runs.

The 35-year-old mechanical engineer and project management consultant has always had a thing for the water and boats, having grown up in a small fishing hamlet in WA.

One day a dinghy he’d built at home went missing, only for him to discover it had been sold for him. When the seller gave him a cut of the proceeds, he realised there was a business opportunity in making a unique product.

At the time COVID hit, he was a solo consultant but realised that path would be fraught. At the same time people started calling him about the boats he had been building on the side.

“I’d been working away at building these boats, refining the product, working out how to build them quickly and in an economic timeframe,” he said.

Pip can now deliver a boat in 14 days and produce two to three a week, testing them out on Lake Burley Griffin. 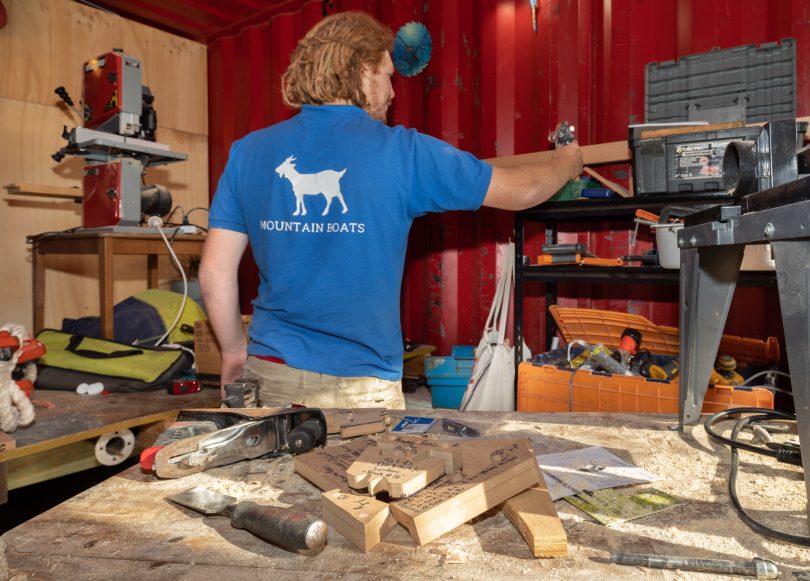 Pip Scharf on the job at the ‘Goat Pen’. Photo: Michelle Kroll.

Pip uses a Creative Commons hull design and fits them out to order. While they could be used as tenders for mother ships, all his buyers have been people who just want to mess about in boats.

Pip’s lightweight, eight-ft Pram dinghy ($1566 on the website), with its shallow draft and manoeuvrability, is perfect for inland waterways, coastal streams and bays and can be fitted with sail, outboard motor or oars.

While aluminium is the market leader, there seems to be a growing niche following for timber.

Pip’s customers come from across regions, age groups and desires. When we spoke he was on his way back from dropping a boat off in Melbourne.

Managing demand is a delicate balancing act, limiting his social media posts so he is not inundated with orders beyond his capacity to deliver.

Canberra’s freezing winters brought a different challenge and an opportunity to upgrade his manufacturing process.

The glue he uses needs temperatures above 15 C to set, but by building a boat oven he found he could not only keep production rolling through the winter but also speed it up by increasing the temperature to about 45 C.

“Conditions in Canberra forced me into taking a more professional approach to how I cycled the boats and produced them,” Pip said.

His oven at Dairy Road can take two boats and it now takes only four hours instead of eight to 12 hours for the glue to dry. 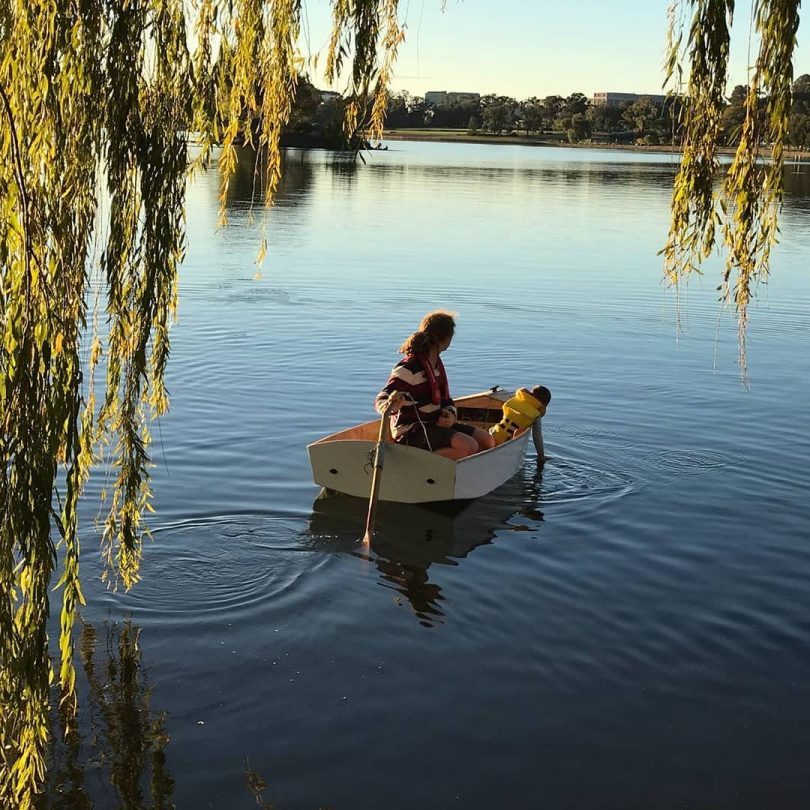 Out on the water. Photo: Mountain Boats.

He uses a range of certified timbers including hoop pine, birch plywood, Tasmanian oak and cedar and enjoys playing with their different characteristics and using different species and varieties in different ways.

Pip is working on an 11-ft model based on a David Payne design called the Woodie that will incorporate certified lifeboat foam to make it safer and open the design up to ”huge commercial prospects”.

Eventually, he hopes to go up to 24-ft, or what can fit on a trailer.

Nearly two years into a five-year plan, Pip said that kind of expansion would mean needing more space and moving from the nurturing community of Dairy Road, which has helped to make it all happen.

He is also looking to acquire digital technology for precision cutting and use timber marine mouldings.

With the economy having reopened, the consultancy work might reemerge but Pip appears to have set his course.

“I just enjoy building boats even more,” he said. 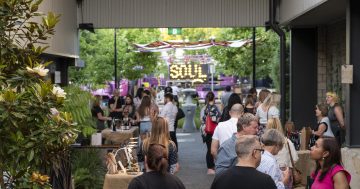