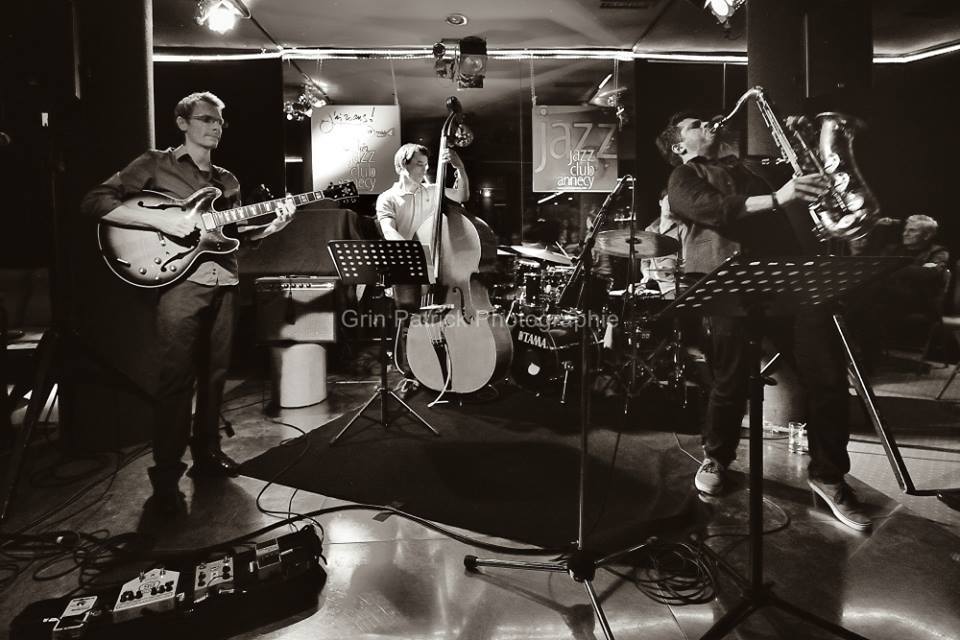 Following on from his debut album in 2013, aptly named The Twentieth, alluding to his surrounds in the 20th arrondissement of Paris, Refuge‘s themes span the plight of refugees, the search for shelter, the emotional aftermath of terrorist attack, the snowfalls of European winter, and the French Alps.

To be released via French label Jazz Family, Refuge is the result of a week-long residency at la Maison des Artistes – a recording studio/jazz club in the French Alps.

Daniel Hunter will be performing with his quartet including American saxophonist and long-time collaborator Warren Walker. The Daniel Hunter Quartet has performed throughout France, Germany, Switzerland and Australia.

The concert is scheduled to commence at 7:45pm in the Big Band Room of the Peter Karmel Building at the ANU School of Music. Tickets are available at: https://www.eventbrite.com.au/e/daniel-hunter-quartet-tickets-32839638242

You can find out more about Daniel and his music at: http://www.danielhuntermusic.com

Jennifer Kerr - 2 hours ago
Sophie McGready this is nuts View
HiddenDragon - 2 hours ago
With what seems likely weekly explosions of excitement about the latest "suburb price record smashed", the ACT government's l... View
Malcolm Roxburgh - 11 hours ago
The government has to release more land not make it easier to raid your super. This only makes for more cashed up buyers and... View
Opinion 90

@The_RiotACT @The_RiotACT
The @CWAofA is more than scones and cucumber sandwiches - it's a powerful advocacy group that gets things done https://t.co/yBEkedJtdo (51 minutes ago)

@The_RiotACT @The_RiotACT
@TruefittCBR is proud to offer royal treatment to the gents of Canberra, and its deluxe barber service is getting recognised across Canberra https://t.co/UXXb9Q42OD (3 hours ago)