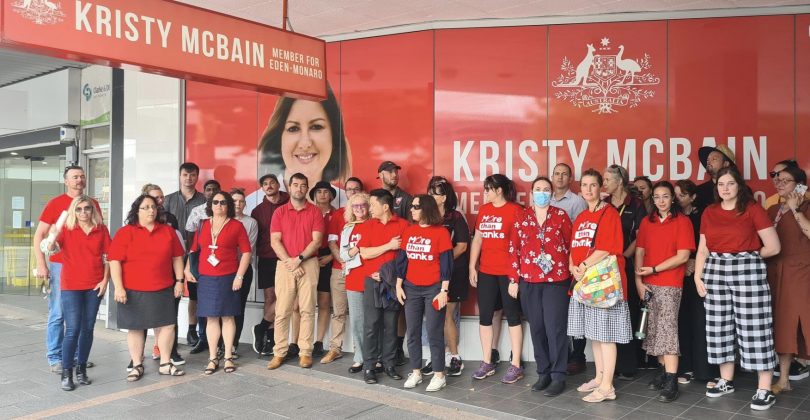 Queanbeyan High School teachers went on strike this morning (21 March), protesting the NSW Department of Education’s decision to return the school to full-time on-campus learning despite the school’s belief that they still do not have enough teachers.

Monday evening last week (14 March), students and parents were told that years 7 to 10 would move to flexible learning, meaning they would attend school three days a week and learn from home on the other two days. The Department of Education told the school to return to full-time in-person learning the next day.

A Queanbeyan representative for the NSW Teachers Federation, Mitch Andrews, said that the decision was “a slap in the face” to the school’s teachers.

“When teachers were told that we were going back to normal delivery; that is, all students at school, it was very deflating,” Mr Andrews said.

“We put our plan in place that meant that when students were at school, they were in front of their teachers with quality lessons occurring and when the students were at home, they had access to online learning resources.

“To be told that we can’t do what’s best for the students is demoralising and degrading. The staff are broken at the moment and are working really hard so that the kids are learning, but we physically can’t teach all of them.”

While other schools affected by the pandemic have been able to make decisions for themselves, Queanbeyan High School is different because they weren’t technically considered ‘COVID-affected’. They had multiple teachers on leave looking after their affected children, but no cases.

This morning, the strike ended with teachers returning to school “doing the best that they can” to educate their students.

NSW Teachers Federation President Angelo Gavrielatos said that recent figures provided to Parliament which spoke to a “previously unheard of” scale of combined classes and classes with minimal supervision was alarming.

“The government needs to pack away the spin and tell the truth – schools across NSW are in crisis. It is a stark reminder of why teacher shortages must be addressed as a matter of urgency,” Mr Gavrielatos said.

“The government is trying to cover-up the teacher shortage crisis because it is refusing to act on its root causes: unsustainable workloads and uncompetitive salaries.

“Senior Department of Education officials are now attempting to censor principals from advising parents on the severity and the impact of the teacher shortage on students’ learning. They seem more concerned about the embarrassment it would cause the Minister, which is unprecedented,” he said.

READ ALSO Bungendore High School: confusion and uncertainty the only known-knowns as project drags on

Speaking on the current staffing shortages at Queanbeyan and Karabar High Schools, Member for Monaro Nichole Overall recognised the “understandable concern” within the local community.

“The leadership teams of the schools have worked hard to manage the inevitable pressures of COVID-19. I have been given assurances that the Department of Education is providing all support available to keep schools in our area operational,” Ms Overall said.

“We recognise the all-round impacts. Ensuring the ongoing well-being and educational needs of our young people is critical. We are all committed to finding the best path forward to deal with these ongoing challenging times.”

NSW Leader of the Opposition Chris Minns said that the “government is abandoning schools”.

“NSW is in a teacher shortage crisis – 1-in-3 teachers are looking to quit in the next five years. A majority of teachers are working over 60 hours a week and schools are being forced to go part-time,” Mr Minns said.

“Instead of tackling this issue head-on, the NSW Government is pretending it isn’t happening. Doing nothing and sticking your head in the sand is a recipe for disaster for kids in NSW.”

I completely support them, teacher wages are a joke, anyone who puts themselves through 4 years of self funded study is worth $80k plus in todays hyper-inflated world. Tradies wouldn’t work for less and they get paid to learn. As a society we say that we value nurses and teachers yet we pay them chicken feed. Which turns away many amazing potential candidates.
However I do not support flexible learning at all! Some, but few, students at that age have the discipline to manage unsupervised learning. Even at university age undergrad students struggle with this.
Were the government to agree to this we would be on a road to ruin.
What is in the best interests of the children? More teachers! The Unions should not be backing this distraction from the real issue here.
Education is in crisis; more teachers, better wages!

No one forced them to become teachers. Maybe they can get a job in private industry, that is, if they can handle only 20 days annual leave

I’m proud of the teachers at this school and their commitment to providing a quality education for their students. They have gone above and beyond over the past two years adapting to the Covid-related restrictions and striving to ensure the continued delivery of classes in a safe environment. They would not have taken this decision lightly, so clearly things have reached breaking point with staffing numbers. As a parent of QHS students, I have been impressed with the school’s flexible response to the staffing shortages, but it appears this has been overridden by the NSW government’s determination to pretend everything is hunky dory, despite the obvious pressure and burnout occurring across the sector.

Oh No, you mean they are expected to turn up to the school for 5 days a week and actually teach their classes?

I gather that this group are all Labor supporting Union members who will take any opportunity to cause a fuss if they do not get their own way.

Perhaps Teaching is not the vocation for them, plenty of of other jobs out there if they are not happy.

I like how you didn’t read the article but commented on it from two separate accounts.

Devastated someone like you has left the profession though.

Feel as though this is misguided. It’s a high school meaning that teachers are usually specified. I’m guessing the idea is that if there are only a enough Math teachers to teach face to face 3 days a week then this is what they do and use the flexible time to ensure that their is some consistency and follow up. The department obviously can’t staff all classes but refuse to do anything different. This means if they don’t have enough teachers, the students just combine into a giant class or with a teacher who has no idea what they should be teaching or where children are up to. Instead of working smarter the department is just getting them all in 5 days whether the teachers can cope with classes and effectively teach or not. Like you trying to do your job with your hands tied behibd your back.

They are all wearing red in the photo (the colour of their Communist overlords), it is pretty obvious that they are all labor supporters.
The government needs to start firing people like these who refuse to do their actual job; actually teaching.
The education system is only in a crisis because a lot of the the so called teachers don’t actually want to teach; they prefer to indoctrinate instead.

What a strange little world you must live in. Is it flat and do you also own London Bridge in it as well?

I very much doubt more then just a few nutters (which I guess you may know well) would ever get into teaching to ‘indoctrinate’. Like most things in life, people do them for the right reasons. There are always outliers, but its far from a ‘lot’, and your just throwing nonsense hot air out there.

Nominative determinism is not always a thing clearly. 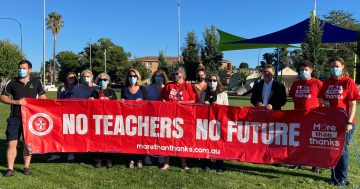 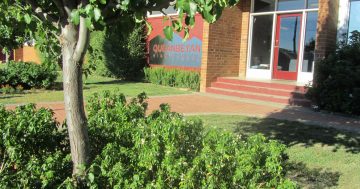 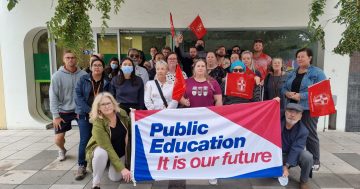