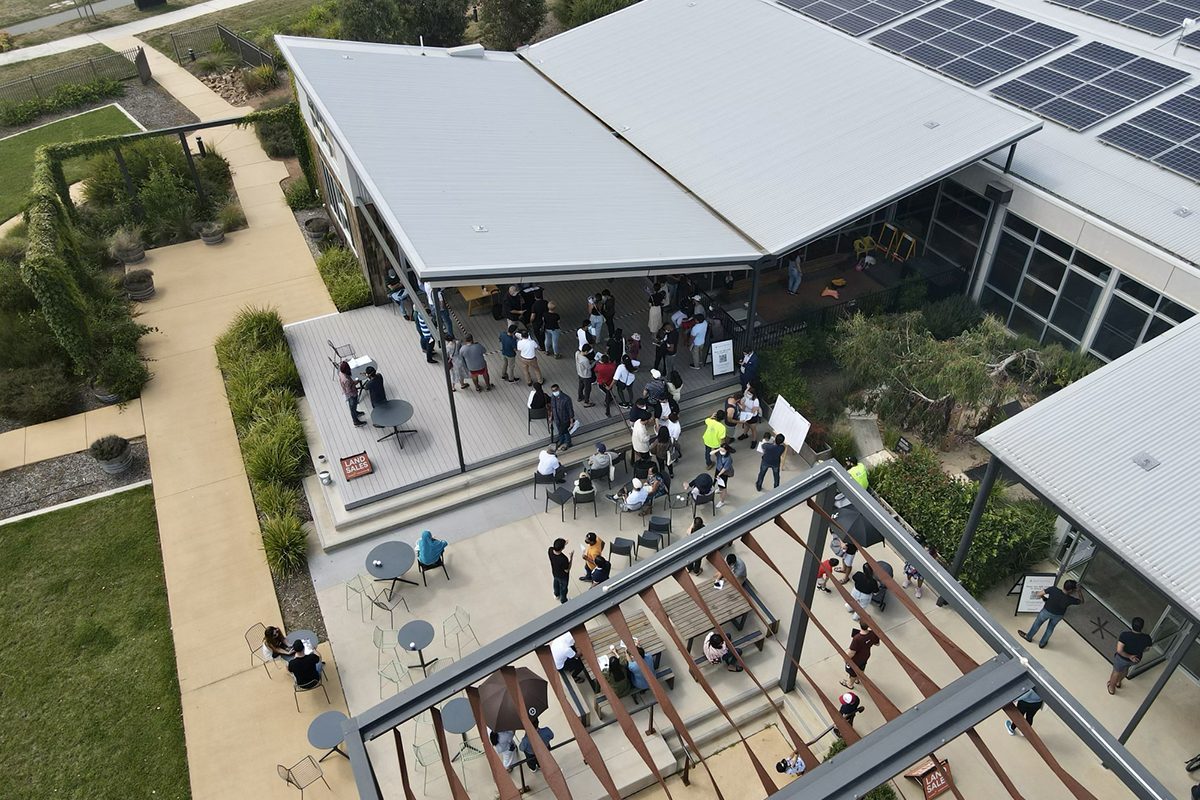 The release of single-house blocks in the ACT tailed off in the last six months of last year despite intense demand fuelled by record low-interest rates.

The ACT Government has taken six months to release its half-yearly Land and Property Report for July to December 2021.

It shows that the Suburban Land Agency settled on 340 single-dwelling blocks in this period, almost half the number settled in the first half of 2021 (660).

During the same period, the SLA exchanged on 224 single dwelling blocks, a massive drop of 63 per cent from the 603 blocks exchanged in the six months to June 2021.

Ginninderry settled on 83 detached residential blocks, down 47.5 per cent from 158 blocks, and exchanged 42 single dwelling blocks in Strathnairn, down 37.3 per cent.

The Capital Airport Group settled on just 19 vacant single dwelling blocks in Denman Prospect, a plunge of 81.9 per cent from 105 settlements.

The report says buyer activity remained robust over the second half of 2021, evident from strong private estate auctions and the high number of ballot registrations.

This was despite the ending of the ACT Government’s stamp duty concessions for eligible home buyers on 30 June 2021 and the Australian Government’s HomeBuilder Program on 31 March 2021.

But the existing ACT Government Home Buyer Concession Scheme and record low-interest rates continued to support the market, especially in established areas where record prices were locking out many first-home buyers.

But if they were looking to the new suburbs for land to build their own home, they would have been disappointed with the reduced number of blocks on offer.

A reassessment of yields in West Belconnen, Denman Prospect Stage 3 and North Weston also contributed to a decline in the planners’ pipeline of land in December 2021. 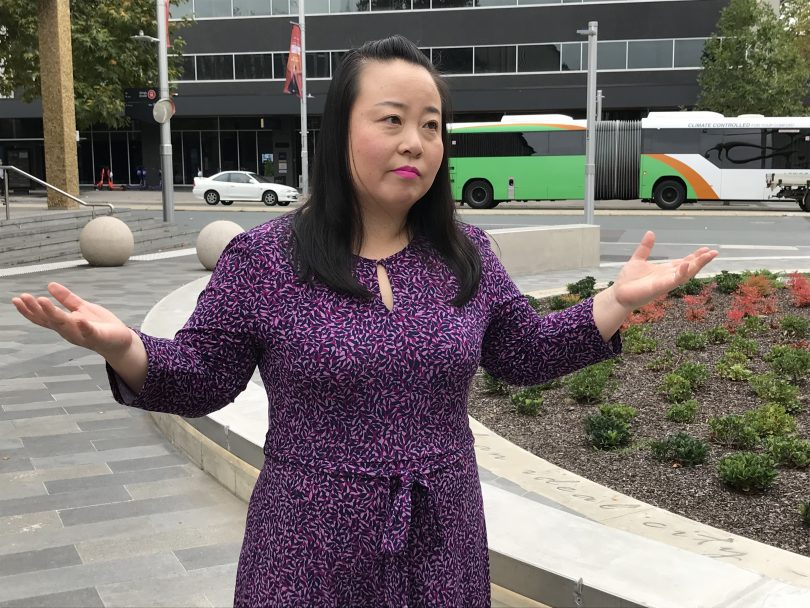 There has been overwhelming interest in ballots for land in Macnamara in Ginninderry and Whitlam in the Molonglo Valley.

In November, the first release in Macnamara drew 8700 applicants for 71 blocks, while last month 7400 buyers registered for 51 blocks.

In the Molonglo Valley, the first release in Whitlam attracted 7566 applicants for 92 blocks and the second in February pulled even more – 12,417 applicants for 101 blocks.

This comes despite rising interest rates and the surging cost of living, although Canberra’s extremely low unemployment, growing government activity and high average incomes continue to bolster the market.

READ ALSO Are we doing enough to prevent racism in our community?

The Canberra Liberals seized on the report saying it was more evidence of Canberrans being deprived of genuine choice in the kind of housing they want.

Leader Elizabeth Lee again accused the government of deliberately restricting the release of land and called for it to use the budget to boost the number of single-dwelling blocks in the indicative land release program.

“When questioned about the pathetically low number of blocks being drip-fed to Canberrans, the relevant ministers refuse to even address the obvious problem. Instead, they talk about the number of ‘dwellings’; a huge portion of that being high-density housing,” Ms Lee said.

The government is investigating the so-called Western Edge region from Tuggeranong in the south to West Belconnen in the north for housing potential but Ms Lee said it was dragging its heels on the feasibility study, despite many years and spending more than $1 million.

She said the indicative land release program showed there would only be 4171 blocks released in the next four years but the government consistently fell short of its already low targets.

“The upcoming budget provides the perfect opportunity for this Labor-Greens government to address this issue head-on, particularly with recent census data indicating 20,000 more people are living in Canberra than thought,” Ms Lee said.

But there is no sign that the government is about to change course on its current land release settings and housing mix, emphasising other ways to meet housing demand and the environmental concerns around greenfield development.

A spokesperson said the government was looking at both greenfield and urban infill sites to cater for housing demand into the future.

“The government increases housing supply through redevelopment and rezoning, as well as through land supply,” the spokesperson said.

“The government’s planning reforms will see further increases to density, particularly for medium density development in our suburbs.”

The spokesperson acknowledged that Canberrans want choice but said they also care about the ACT’s environment.

“The State of the Environment Report, released by the Federal Environment Minister, describes some of our green spaces as being in dire straits,” the spokesperson said.

“What Canberrans want is real choice – but they also want to see their environment protected and decisions around developing undeveloped land made sensibly and responsibly.

“That is what the ACT Government is doing.”

The spokesperson said the government had to manage fluctuating demand for greenfield blocks.

“At the end of 2019, the Suburban Land Agency had hundreds of blocks of land available for sale ‘over the counter’, ” the spokesperson said.

“At that stage, there was very little interest in greenfield blocks. Once the COVID-19 pandemic hit, these blocks were quickly purchased and demand increased, thanks in part to various COVID stimulus measures.”

With a limited amount of land available in the ACT, it’s clear that Canberra’s future development of single-dwelling blocks is also limited. More high density in the inner suburbs, and more medium-density in the outer suburbs.

Single dwelling blocks are never going to keep pace with Canberra’s housing needs. The time and expense it takes to design, build and lay services and utilities new suburbs makes it far more inefficient that other options. We should be looking to densify our inner suburbs by allowing duplex’s, triplexes and terrace houses in RZ1. It’s the best way to increase our housing supply.

If you want single house blocks come to NSW; Queanbeyan, Yass and Bungendore etc where there are plenty.
ACT is becoming a city state, if you dont want that, move to NSW. 🤷🏼‍♀️

Apparently in the 1950s the average family house was 100 sq metres, which will fit on a 300 sq metre block and leave room for a garden. I bought my previous 3 bedroom house, which was under 90 sq metres from a family of five. That one was on a larger block 450 sq metres, which allowed 3 cars to park in the back garden, a large vegetable garden and several fruit trees; plus lawn. It’s the huge modern houses which are at fault.

At some point in time the electorate will lose patience with this laborgreens has beens. Lets get them out please!!!

The ACT is similar to Queensland and the Northern Territory in having only one chamber of government for the entire jurisdiction. The difference between the ACT and all other jurisdictions is the ACT has the monopoly on the taxing powers and regulatory powers of jurisdiction and local governments. Like all monopolies in all fields it is using its monopoly powers to maximise revenues.
Unlike Queensland and the Northern Territory the ACT is using its local government powers such as rezoning of lands for development to maximise its revenues.
As a comparison, Brisbane City Council has nearly 1.3 million people resident in its boundaries and nearly double that in the greater Brisbane area. Brisbane City Council faces competition in providing areas for development from adjoining councils such as Logan City Council which has a population of nearly 350,000 and significant areas for further suburban development.
The Northern Territory also has local government councils that are in competition with each other such as the city of Darwin with over 80,000 residents and the adjoining City of Palmerston with a population of half that size.
Monopolists like to keep their powers to maximise their revenues and it is unlikely that they will delegate any authority to any created subordinate elected authorities. Bad luck potential Canberran homeowners.

Its ok. There are heaps of apartments to choose from 😂

If it’s not broken don’t knock down and just renovate.
Clearing more land than necessary and knocking down structurally sound homes. What a waste of time, resources money and natural environment

When I had my house built, I advertised the old house for free, and it was taken away on two semis to be re-erected in a country town, so it wasn’t wasted. This also saved on dumping fees. I had over 30 enquires about it, but I could only choose one. 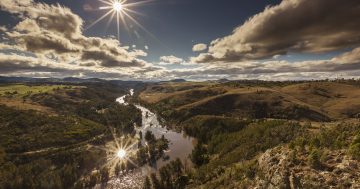