Did you see this woman get assaulted in Civic? 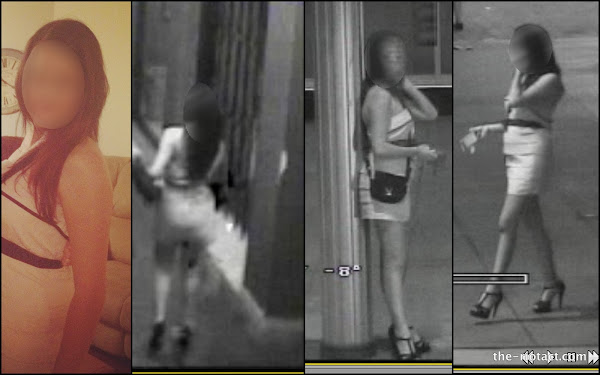 ACT Policing is seeking the assistance of the community to help identify the person responsible for assaulting a 19-year-old woman after she left the Academy nightclub in Civic during the early hours of Saturday, December 15.

The victim had been visiting nightclubs in Civic with friends on the evening of Friday, December 14, and had been affected by alcohol when she left the Academy Nightclub in Bunda Street around 12.50am.

Police are still attempting to determine where the assault occurred after the victim left the Academy nightclub.

The victim’s identity is being withheld by police but images of the distinctive clothing she wore that night have been released, with the aim of generating witness accounts.

The victim is described as 170cm (5’7”) tall, of slight to medium build, with long dark straight hair.

She was wearing a champagne coloured strapless dress, short to mid-thigh in length, with a black bow at the front. She was also wearing black high-heeled shoes and carrying a small black bag with a long strap.

Police are appealing for anyone who may have seen the victim in the early hours of Saturday, December 15, to contact Crime Stoppers on 1800 333 000, or via www.act.crimestoppers.com.au. Information can be provided anonymously.

Teagan Erin - 3 hours ago
Shelby inside anu residences 😂😂 View
Billy Fox - 3 hours ago
Emma-Lee Louise Campbell scoot crew View
Chris Sherlock - 17 hours ago
Jorge Gatica i suppose you’re one of those people who thinks that road levies pay for roads. You know it all goes into the... View
Opinion 92

Frances Jane - 4 hours ago
Dan Backhouse I'm virtually vegetarian, and have been vegan at times, but found the article to be outdated. Perhaps it's the... View
Jannah Fahiz - 9 hours ago
Oh my god. These comments are wild! Thank you for a good read RiotACT :) View
Geoff Langridge - 11 hours ago
Dean Newman okay now youve just gone feelings over facts. View
Food & Wine 10

UPDATED 12:20 pm: The frantic efforts of neighbours and emergency services were not enough to save a 70-year-old woman who died...
News 0

Garbage truck drivers and their union have agreed to a 10.2 per cent pay rise over the next three-and-a-half years...
Property 1

We're all in this together. That's been the mantra for 2020 - the year that's brought almost every catastrophe to...
News 27

If you are looking for a restaurant to celebrate that special occasion, then you have come to the right place!...
Community 44

As COVID-stranded travellers continue to return home, Canberra is doing its bit by taking two planeloads of returnees this week....
Lifestyle 19

Did you witness assaults in Civic on Sunday morning?

Calls for witnesses after woman bashed in Civic lane