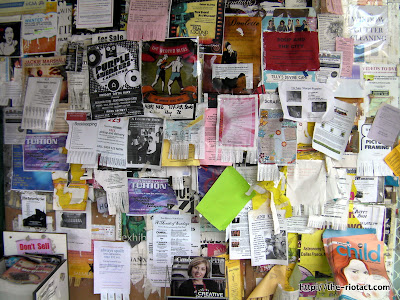 So here we are once again approaching the end of the working week.

What’s worth seeing and doing around Canberra this weekend?

Tonight at The Potbelly – The Chuffs + ZZG + Scaramouche + The Un-Named
$5 entry fee at the door.
Much Rock

4am? Brrrrr, bring your winter woollies!!!

Friday night: Wedded Bliss at the Turner Bowlo as part of the Merry Muse.

Sat night: Lifting Lily, rollerderby if you can wangle a ticket, and a cashews guerilla gig at 4am.

Bringing the best films and artwork from all over the globe, the annual Human Rights Arts and Film Festival (HRAFF) will challenge, touch and inspire audiences from all walks of life.
Here in Canberra the festival will be held at the Arc Cinema at the National Film and Sound Archives from May 27-29.

On Opening Night the National Film and Sound Archives will be transformed into a human rights action hub. This will include action hubs from various organisations that work in the human rights field and give you practical ways to contribute to human rights.

The festival will be launched by Father Frank Brennan, Jesuit Priest and Human Rights Advocate, whilst the film will be ‘William Kunstler: Disturbing the Universe’

Civil rights attorney William Kunstler was once called the ‘most hated and loved lawyer in America’. His clients ranged from the liberal to the violently radical edge of American politics, including Martin Luther King Jr., Malcolm X, Jack Ruby, Lenny Bruce, the Chicago Eight and the Attica prison rioters. Kunstler’s daughters Emily and Sarah explore their father’s public legacy as a ‘media hound and hit-and-run’ lawyer, and also the private heartache of a man who risked all for just, but often difficult causes. HRAFF’s Canberra Opening Night will transform the NFSA into a human rights action hub, with food, drinks and music by From the South. Special Ticket prices apply.

Tickets for Opening Night are $15 which includes some food and drinks, and of course the film!!

The second night of the festival will welcome The Hon. Bob McMullan MP, Parliamentary Secretary for International Development, and Julia Newton-Howes, CEO of CARE Australia. The film, sponsored by CARE Australia, is ‘A Powerful Noise’.
A POWERFUL NOISE

Bui My Hanh is an HIV-positive widow in Vietnam, who starts an HIV/AIDs awareness and self-help group. A refugee of the Bosnian war, Nada Markovic leads an agricultural co-operative that supports both Serb and Bosnian war widows. Jacqueline Dembele, better known as ‘Madame Urbain’, fights for labour rights for young women working under near-slave conditions in the slums of Bamako, Mali. A Powerful Noise takes you inside the lives of these women, witnessing their daily challenges and their significant victories over oppression.
The final night of the festival will see former AYAD, CEO of the Big Bang Ballers NGO and 2010 ACT Young Australian of the Year Pierre Johannessen introducing the film ‘Garbage Dreams’.
GARBAGE DREAMS

For generations, Cairo’s 18 million residents have relied on the 60,000 Zaballeen, the entrepreneurial ‘garbage people,’ from the labyrinth streets of the Coptic enclave of Mokattam, to collect and recycle their garbage. Even though the Zaballeen recycle over 3,000 tons a day (almost 80% of all the waste they collect), in 2005 the Cairo government privatized garbage collecting, threatening their livelihood. Mai Iskander prize-winner documentary followed the lives of three teenage Zaballeen boys over a four-year period, as each confronted the threat to their livelihood, and to their fringe-dwelling culture.

Tickets for the films on 28 and 29 May nights are $10 each. Tickets an be purchased through the links above or through the National Film and Sound Archive.
Further information on the festival and the films being shown can be found here: http://www.hraff.org.au/Films/Canberra.aspx

Mæ Ķaýle - 2 minutes ago
They are saving the RATs for the next "super strain" scare people a bit more first, then raise the prices (which should be fr... View
Zahidul Alam - 17 minutes ago
A very well planned approach. What could possibly go wrong 😂😂😂 View
Shannen McCann-Geiger - 33 minutes ago
7 shops have run out of test in the last 3 hours since this announcement went out. View
Motoring 25

Mark Johnson - 5 minutes ago
Belinda Makrides don’t think it would make a difference. Toyota have a pretty good rep no matter where they are made. The H... View
Mark Wallin - 50 minutes ago
A car you operate rather than drive. View
Opinion 43

HiddenDragon - 36 minutes ago
Boiled down, that sounds like an argument for more people on the public payroll in Canberra - good luck with that when the Au... View
Monda Scoltock - 51 minutes ago
Alexandra Hunter - no doubt! View
JS9 - 2 hours ago
While the health system had in totality coped fairly well, I'm not convinced it has held up as well as it may appear. A not s... View
News 32

Capital Retro - 2 hours ago
Another ACT government "pop-up" failure. View
kenbehrens - 3 hours ago
CR, I'm not sure that he's been this far south? There's no Light Rail planned for Erindale! Why didn't they place this large... View
MrBlank93 - 4 hours ago
Not very useful when you have to leave with cans that it refused to scan. It seemed to reject 15% of them on first try, then... View
Opinion 12

UPDATED 4:20 pm: ACT Policing has confirmed a man, aged 75, has died in an incident at Kambah Pool earlier today,...
Motoring 24

Over the past few years, Canberra's sportsmen and women have been prominent promoting causes and charities considered beneficial to the...
Best of Canberra 70

@the_riotact @The_RiotACT
#Canberra has plenty of delicious dining venues where carnivores, omnivores, #vegetarians and vegans can all enjoy a meal together. Here are some of the best https://t.co/plnOQDKZ25 (59 minutes ago)