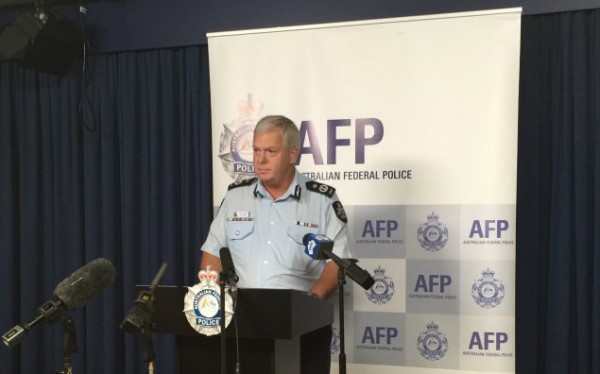 Crime Stoppers ACT is asking Canberrans to “Dob in a Dealer” as part of a national campaign to fight the take-up of methamphetamine by encouraging residents to report drug crime where and when they suspect it is occurring.

Residents who think someone in their community is manufacturing or supplying illicit substances are asked to contact Crime Stoppers (anonymously or publicly if they prefer) on 1800 333 000 or report online via www.act.crimestoppers.com.au.

ACT Chief Police Officer Rudi Lammers said police hoped they could find the sources of the drug here through its users.

“The sources include the manufacturers and the suppliers and distributors in Canberra … our focus through this campaign and through other campaigns is not to target the users of drugs,” he said.

The Chief Police Officer said Canberra’s ice problem was no different to that in other states or territories.

ACT Chief Minister Simon Corbell stressed that law enforcement was just one way of tackling the issues surrounding ice use.

“Just as important is ensuring consumers receive appropriate assistance and support from health care agencies once they have been identified and seek treatment,” Mr Corbell said.

He said that community information was vital to helping stem the prevalence of methamphetamine here.

“We are aware that some people reporting to Crime Stoppers have an existing addiction, or may have family members suffering from an addiction. I encourage these people to make the call to Crime Stoppers and then engage with health services to discuss treatment options.”

The same reason a number of public campaigns are run…to be seen to be doing something, even if the results don’t support the activity. Many of these types of campaigns are about portraying an image rather than actually achieving results. Not saying this campaign is one of those, just noting that the purpose of many public campaigns is image, not substance

The purpose of the campaign appears to be to get users to dob in dealers (just got ripped off for your ice bag – dob in the dealer?). If an “ordinary citizen” thought there was a dealer in their street, they can call the cops anytime and report it and hopefully the police would investigate it the same wether this campaign is being run or not right? So who is this campaign trying to get to “dob in a dealer” that normally wouldn’t do this anyway? The only target I can think of are the users – which is why I say “well good luck with that”. This really seems to be done purely for PR purposes not anything else – but if anyone has any evidence of the effectiveness of doing this im happy for you to correct me – sources required please.

The same reason a number of public campaigns are run…to be seen to be doing something, even if the results don’t support the activity. Many of these types of campaigns are about portraying an image rather than actually achieving results. Not saying this campaign is one of those, just noting that the purpose of many public campaigns is image, not substance

Dan Rayner - 15 hours ago
Katie I had so much practice with you 😂😂😂 View
Katie Licciardo - 15 hours ago
Dan Rayner you love it don’t you View
Andrew Dale - 18 hours ago
Ash Claire dont you know anybody who has had problems with being able to afford to pay their rent. View
News 16

Vera Bachinger - 15 hours ago
So we are going to be the victims of more double dipping.. View
Slobodan Paunovic - 16 hours ago
Marc Edwards don't worry about it, can only be more expensive and some sort of public robbery...they need funds for parties a... View
Tom Adam - 19 hours ago
Jorge, yes I was basing my comments on the current claim. View
Opinion 19

@The_RiotACT @The_RiotACT
The winners have been announced in @iconwater's spring photo competition, with Matt Tomkins taking the top gong for a stunning image of Mulligans Flat https://t.co/r3FL12CLEu (7 hours ago)

@The_RiotACT @The_RiotACT
A woman in her 20's who arrived in Canberra this week on a repatriation flight has tested positive to COVID-19 while in quarantine https://t.co/8XHzMT3QbB (12 hours ago)