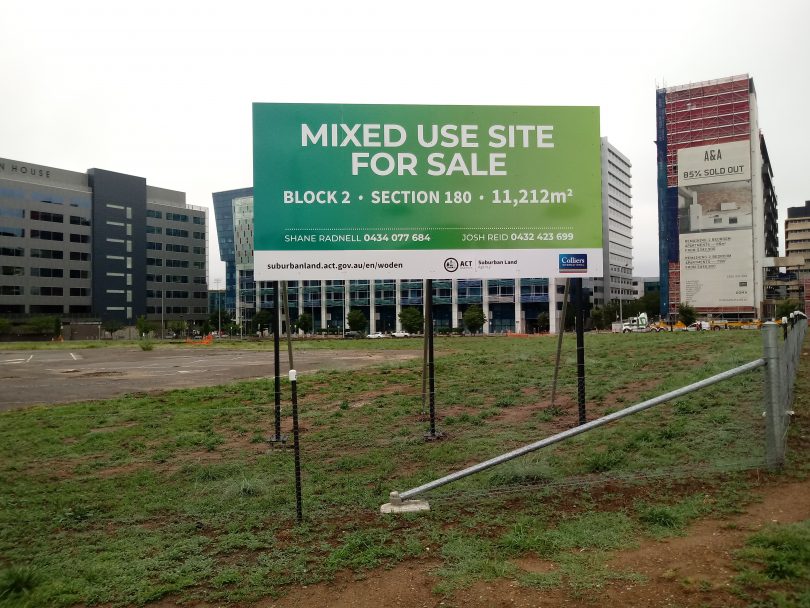 The site in Woden where Doma is planning 480 apartments across three buildings and an office block. The nearby A&A project is nearing completion. Photo: File.

Canberra developer Doma Group has unveiled plans for a four-building, mixed-use development on a key Woden block it bought recently for $12.5 million.

The 11,212 square metre site is on the western side of the Town Centre, bounded by Melrose Drive, Corinna Street, Furzer Street and Garth Close close to the Woden Library, and Doma’s nearly complete repurposing of the Alexander and Albermarle buildings.

Doma plans to deliver 480 apartments across three of the buildings with the other one providing commercial office space.

The buildings progressively rise to the Town Centre and are positioned around open green spaces that includes a pool.

Plans show podium and basement parking and lobby and public retail areas, with pedestrian and cycling links. The buildings will include end of trip facilities.

Doma says the masterplan enables deep-rooted landscaping to a central open space as well as generous and considered separation of buildings providing all apartments with great light, outlook and privacy. 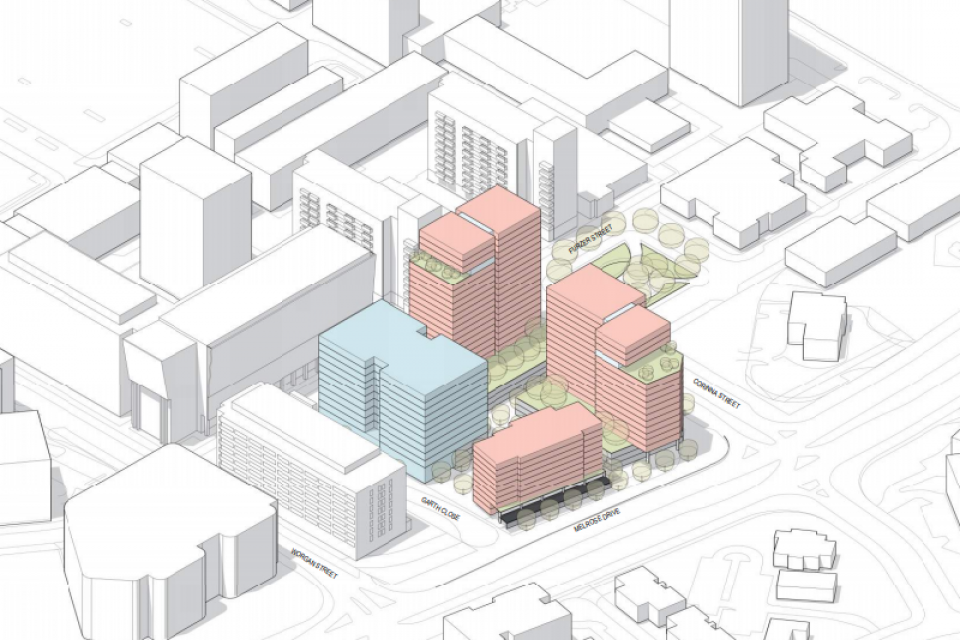 An illustration of the proposed development showing the building locations and mass. 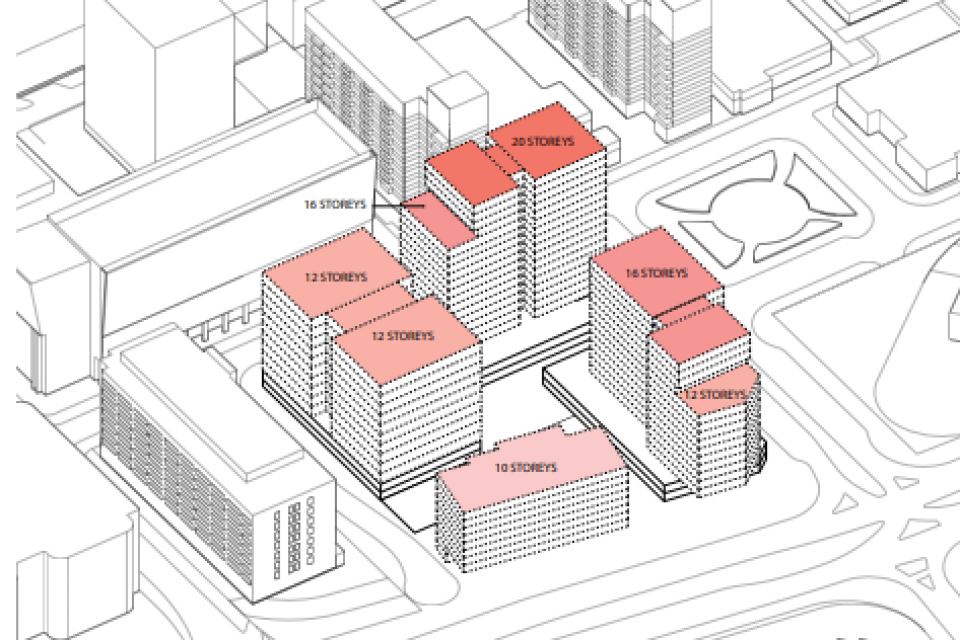 The size by storeys of the buildings. 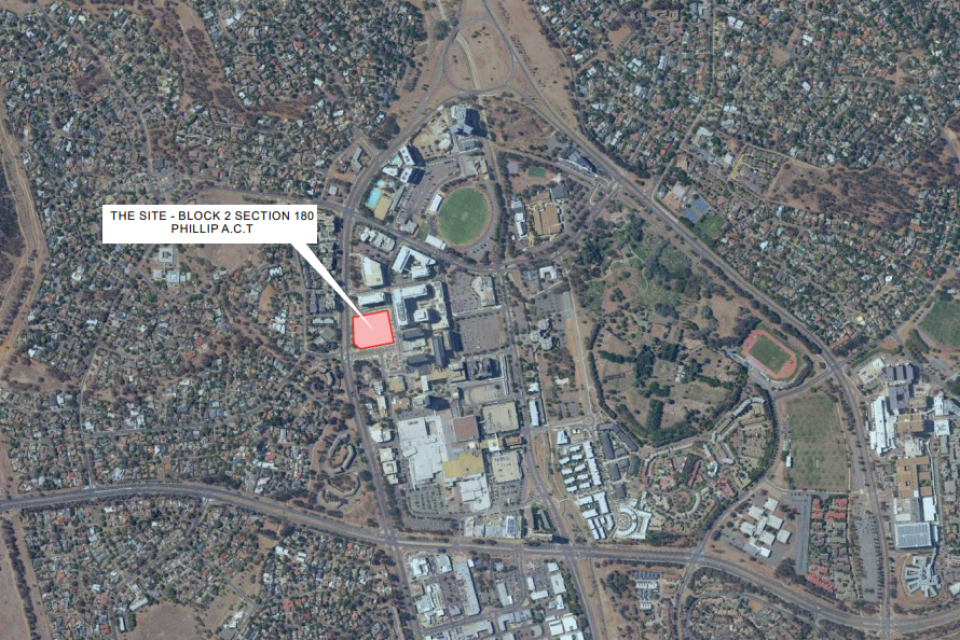 Where the site is in the Woden Town Centre.

The western side of the Town Centre is starting to undergo the same sort of change experienced in other areas, exemplified by Geocon and Zapari’s Grand Central Towers next to the bus interchange and the proposed Woden CIT/interchange project, as well as Hindmarsh’s twin towers proposal.

On the northern side, Amalgamated Property Group’s Ivy is occupied while next door the company’s The Oaks is now under construction.

To the south, Zapari is planning a $400 million mixed-use development that could include more than 600 apartments, as well as retail, hotel and A-grade office accommodation on a three-block site bounded by Melrose Drive, Brewer Street and Corinna Street.

And on Launceston Street, there is Geocon’s massive WOVA development.

Doma’s A&A project has transformed the former derelict public service buildings and the company says it will reinvigorate the commercial heart of the area, already attracting a gymnasium, gastro pub and brewery, with further food and beverage businesses to come.

”With the development located at the very hub of transport services, A&A is poised to become a central location for access to the city’s best shopping, eating, and fitness pursuits,” it says.

Doma says A&A will reactivate commerce and activity on site with a new retail and commercial development zone to bridge the two residential towers.

Doma’s new proposal is at pre-DA stage and it is conducting public consultation.