Down the Amazon, with fish on our plates 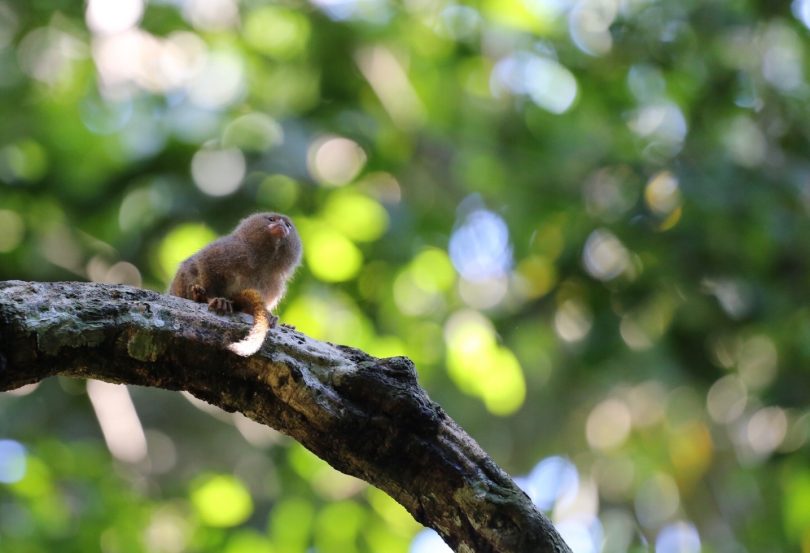 The Amazon jungle is brimming with wildlife. Photos: Lewis Martin.

It seemed fitting to end 2018 deep in the Peruvian jungle, on the Amazon, watching a three-toed sloth slowly – so achingly slow – scratch its butt. Surely this is the most graceful animal on the planet.

She casually spins her weird head and looks straight at us, finishes her ablutions, and appears to go back to sleep or whatever the state they are between not moving and some kind of wakefulness.

The undertow of a river has been with us all this year.

It all started with our family finishing a Vietnam trip on the Mekong. A river so full of humanity and baggage. The whole of Vietnam is still in a state of mental and emotional repair from the war – which war depends on whose side you are on: it was ‘our’ Vietnam war, the North’s American war and the south’s civil war. Tread lightly.

A total counterpoint to this was a very grown up, very white, trip through the Margaret River when we found ourselves without any kids. Such a beautiful part of the world, stunning vineyards, huge investments, high stakes. So different to my home and (pats his chest) my homies. It feels like we’re kids playing in a vineyard sandpit by comparison. They have helipads there…

The other river that took up our emotions was the terror that is the Franklin. Six nights in a raft drifting – or hurtling – through some of the most pristine environments on earth. Clinging to the sides of cliffs trying to scramble the raft around the most dangerous rapids and then finding a perch to pitch the tent and sleep off the exhaustion and terror.

This is a serious river. I have no idea how I ended up on it with little rafting experience, but the elation of popping out the bottom onto the ambling Gordon was palpable. 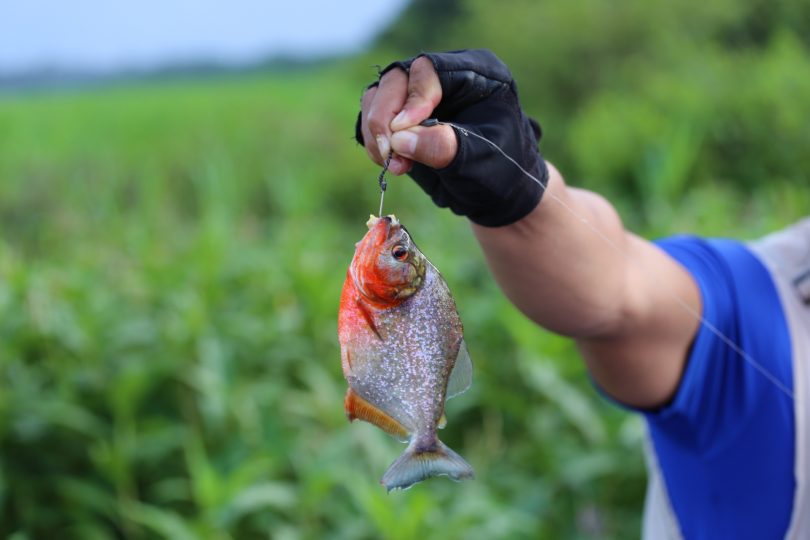 Piranha come out of the Amazon fighting.

And now we are here, the Amazon, Why? Mainly because we liked the movie ‘Snatched’ and are heading to Ecuador. When we checked into our jungle lodge, Muyuna, there was a list of the wildlife one could potentially find in this part of the Amazon. And there are hundreds and hundreds of birds, fish, reptiles, amphibians, without getting into the squillions of insects.

The program is to go out with our guide, Edgar, morning, afternoon and evening to explore the region on boat or foot. These guides are amazing at the sheer volume of knowledge they carry on everything here plus the ability to pick out the smallest thing on a distant branch. “That, my friend.. (pointing off into the distance)….is a Social Flycatcher”.

Edgar could also recognise and make the sounds of many of the vocal inhabitants: a macaw, a squirrel monkey, a donkey bird (we could do that, sounds just like a donkey) plus he brought his smell game to the party, sniffs the air, deep in the jungle “That my friend, is a red boa..”

What the hell? Where? Surely that’s not a good smell? In short, you get to see such a diverse environment that comes from a place with this much rainfall. It’s the wet season now so the river is rising and everything seems to be on the move.

Four packed days leave us with many unique experiences: Fishing for piranha, (which come out of the water swinging); swimming with blind-pink dolphins in the Amazon; swinging through the jungle on a Tarzan vine. It’s all there, delightfully undeveloped, seriously adventurous, and so far from home. 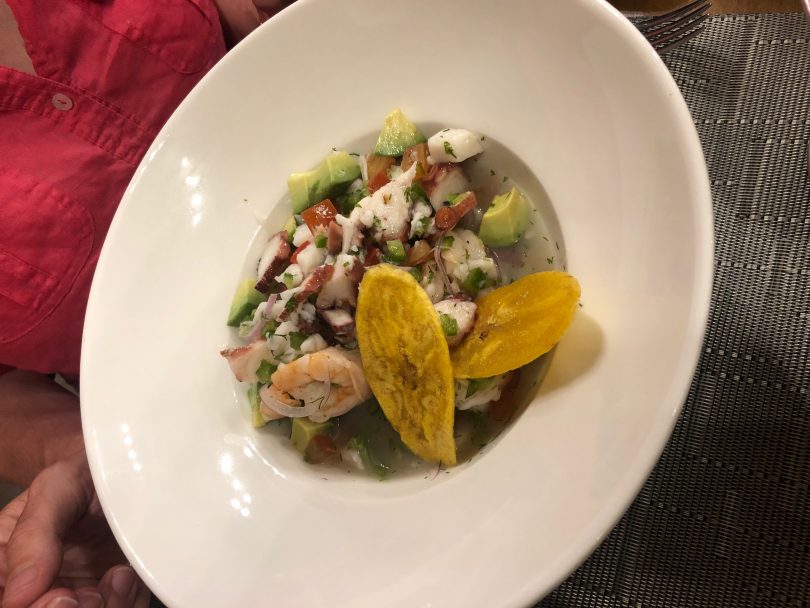 Seafood ceviche is sharp, fresh and delicious for summer.

The food was pretty good given we were in the middle of the Amazon. Ceviche is the mainstay dish throughout the area. Mixed seafood, full of crustacea and fish is the perfect summer dish. I’ll certainly be on the pans once I get back.

Very finely grate the zest off the limes, juice the rest and mix with chilli and 1 tspn salt.
In separate bowls, marinate the seafood with the lime mixture for about 30 minutes until it looks cooked. Mix every 10 minutes.
Sprinkle the sliced onion with the rest of the salt and leave until needed and drain off and discard liquid.
Once the seafood is ready, drain each, keeping the marinade.
Mix gently together with the vegetables and herbs. Taste the marinade, if it’s too acidic add some water. Mix enough of the marinade to the ceviche to make it slightly liquid but not too soupy.
Serve straight away, chilled.

For Amazon enthusiasts, check out: 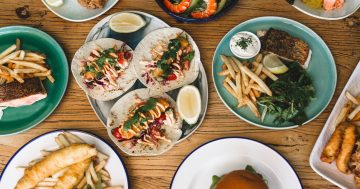 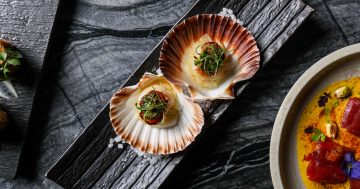