The East Hotel: Best rated in the ACT according to latest hotel rankings 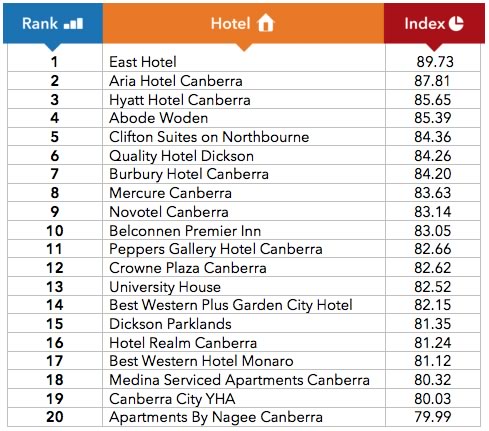 The 2014 Australian Hotel Rankings are based on user ratings collated from over 180 booking websites (E.g. Expedia, Hotels.com, Booking.com etc). The rankings only contain hotels with over 200 ratings. Ratings data is based on live figures from October 2014.

Trivago have also revelled that Canberra is the 7th most searched for destination in Australia, after Perth and ahead of Cairns. 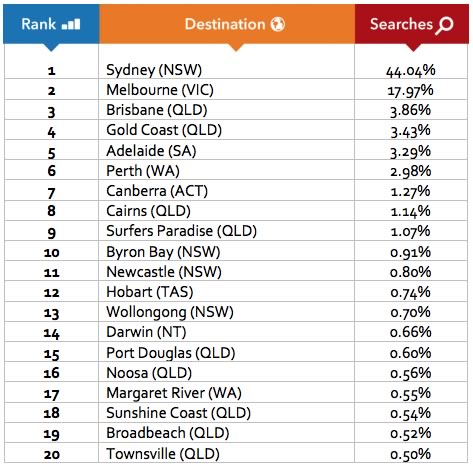 One Response to The East Hotel: Best rated in the ACT according to latest hotel rankings
Filter
Showing only Website comments

Hahaha, there is no way that the Belconnen Premier Inn is better than the Realm or Peppers. No way. The Premier Inn is a mouldy, dingy, old little wastleland.

Elroy Jones - 10 minutes ago
If you'd like to live in a rural setting then perhaps consider moving away from the city.... View
Property 5

Tom Adam - 3 hours ago
Why won’t they make it multi storey, instead of stealing parklands?? Not a wise investment.... View
Steve Herczeg - 6 hours ago
I've always wondered why there's a statue to celebrate single mothers at the top of the street. View
Bill Gemmell - 7 hours ago
Ashley Wright no worries. It is a morass to wade through. You made me look again as well. The definition of temporary is the... View
Motoring 14

John Brinsmead - 10 hours ago
wonder when we'll see a da for an 8 to 20 story building. View
Theresa Rand - 16 hours ago
Very sorry to read this article... my husband and I do not live in Weston but would make a trip to Weston to visit the booksh... View
Josh Devenny - 19 hours ago
Ada oh noooo 😪😪😪😪😪 View
News 12

@The_RiotACT @The_RiotACT
Geocon has paid $24 million for a large city site near the Canberra Olympic Pool that it plans to develop into a mixed-use residential precinct https://t.co/zEhXCW7LBF (28 minutes ago)