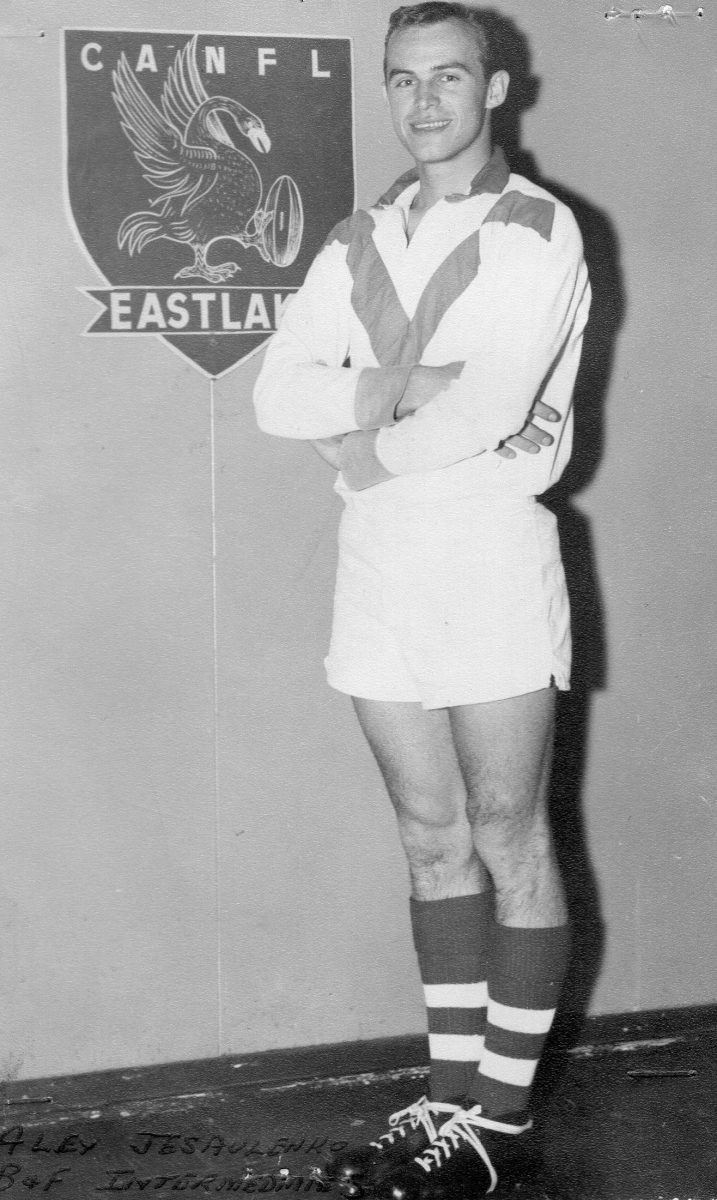 Alex Jesaulenko, who is regarded as one of Australian rules football’s greatest ever players, started his career as an Eastlake Football Club junior.

As an 18-year-old, Jesaulenko demonstrated a natural gift as a player. He had the rare distinction of playing in both the under-19/colts and senior Eastlake premiership winning teams on consecutive days in 1964.

He went on to win another two senior premierships, and claimed Eastlake’s best-and-fairest award in 1966 before heading to Carlton in the VFL where he became a premiership player in 1968, 1970 and 1972. He also captain-coached the Blues to the VFL flag in 1979. 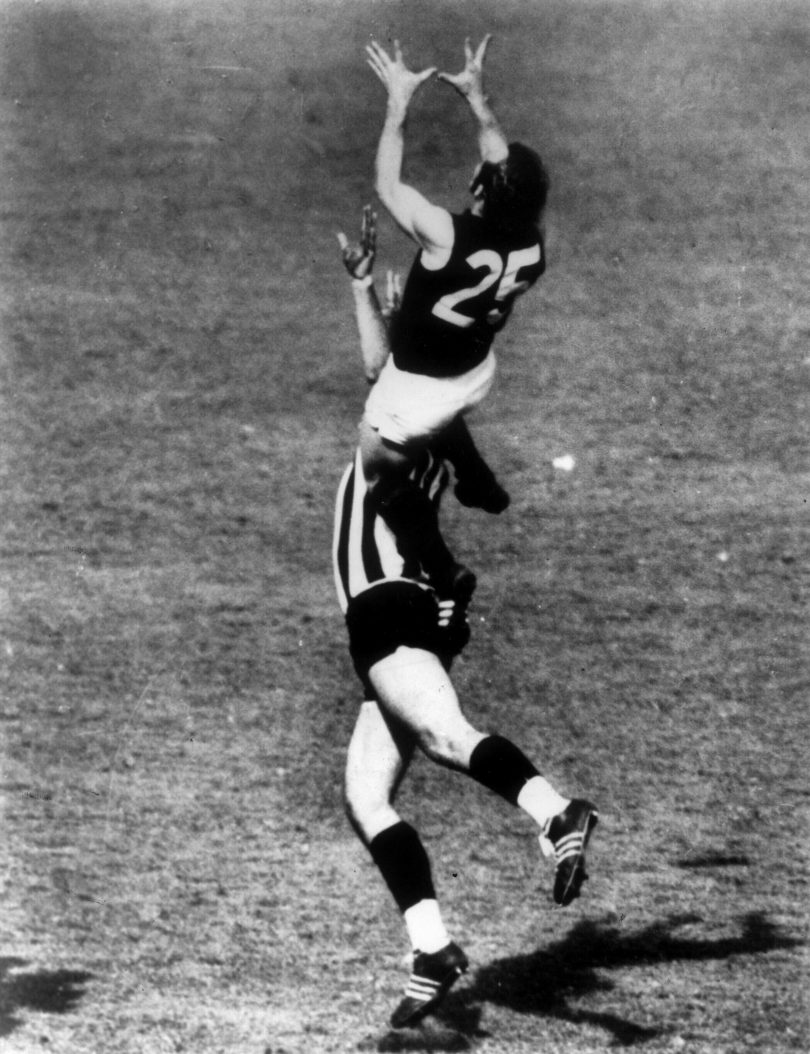 To this day, Jesaulenko credits the winning culture instilled at Eastlake for his success in the VFL.

One of his main influences at Eastlake was legendary coach – and VFL premiership winner with Footscray in 1954 – Roger Duffy, who led the club to six premierships. Three of these premierships included Jesaulenko as a key player. 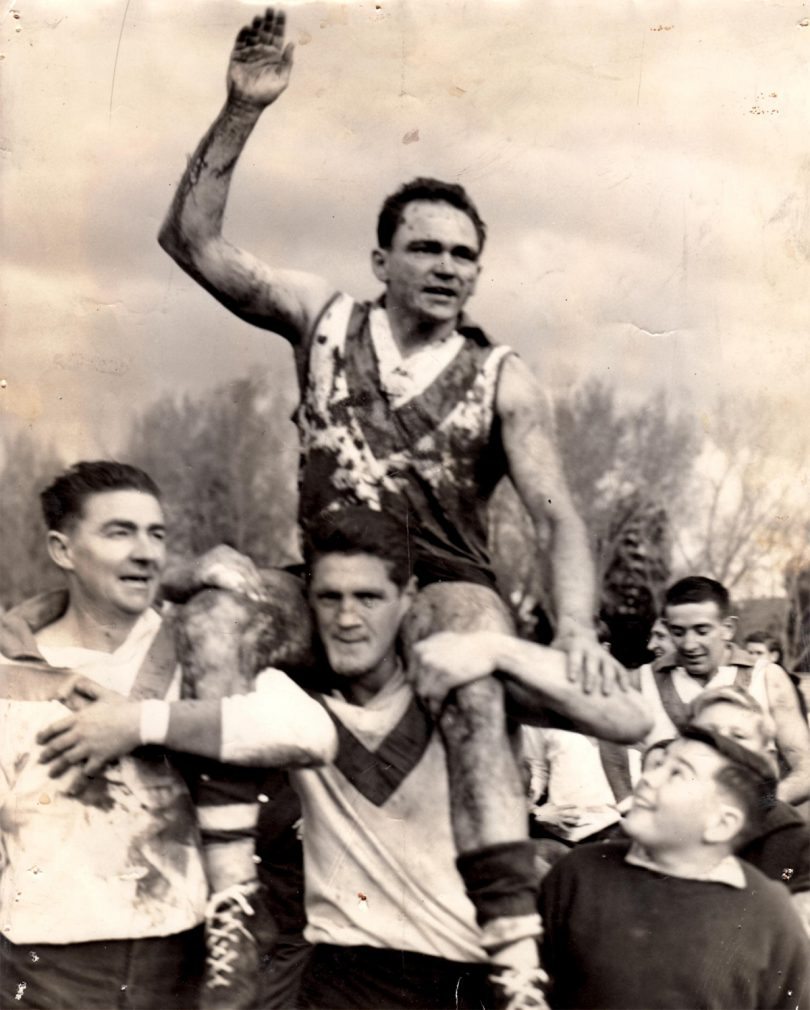 Roger Duffy originally played for Newtown, in Sydney, as a full forward. He then joined Footscray in the VFL before coaching at Eastlake. Photo: Supplied by Keith Miller, Eastlake Football Club.

Duffy’s decade-long coaching reign at Eastlake remains one of the greatest eras in the club’s history. He came to Canberra when he was aged in his late 20s after securing employment with the Department of Defence.

Duffy and Jesaulenko are two of the frontrunners to be inducted into Eastlake Football Club/Manuka’s inaugural Hall of Fame in July 2021.

Of the 13 inductees, two will be elevated to Legend status and one to Icon status.

Eastlake general manager Shaun Young says it has been a long-time goal of the club to appropriately recognise the achievements of former champions, dating back to the club’s formation in 1926.

“We have honour boards but this takes it to a new level,” he says.

Edney Blackaby, who joined Manuka in the late 1960s from Tasmania, is long regarded as the greatest player to never play in the VFL. He rejected numerous requests to head to Melbourne, instead preferring to stay in Canberra. 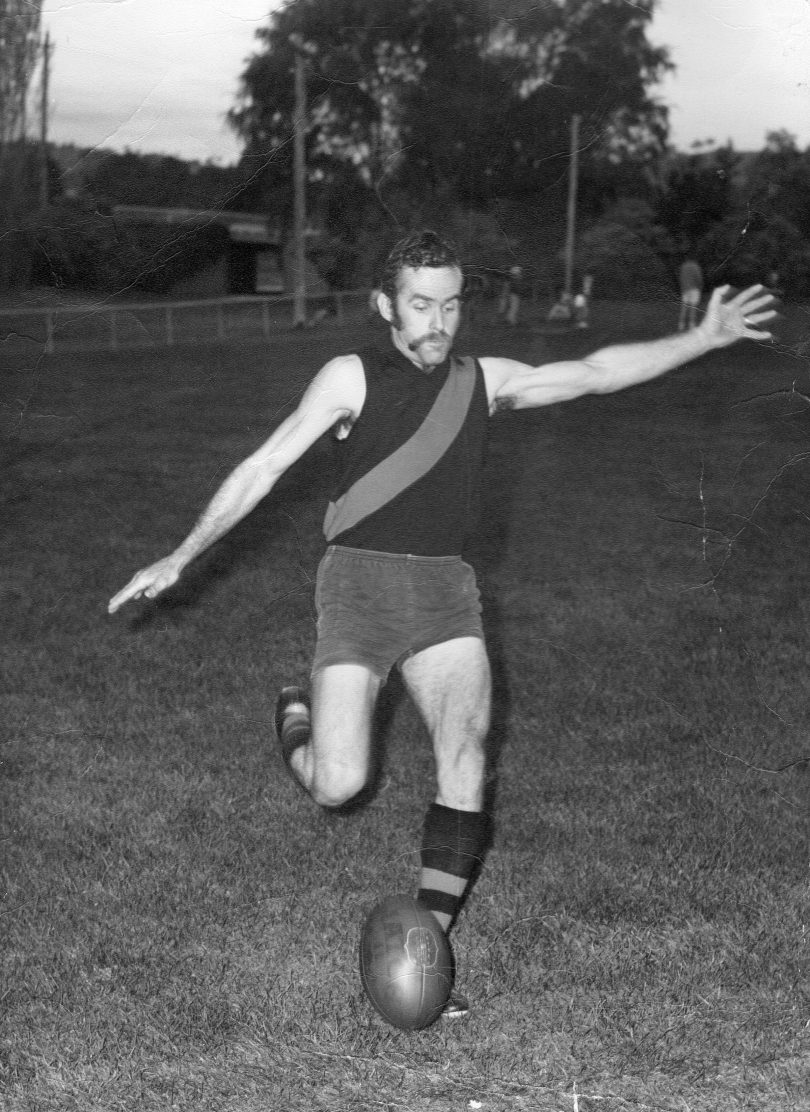 Other candidates for induction include Canberra women’s trailblazer Mel Backhouse.

Her incredible career with Eastlake included a club-record 150 games, six premierships, and a multitude of awards. Many young women have been inspired to play Australian rules football in Canberra because of her profile.

Mulrooney Medal winner Guy Cannon, captain-coached Eastlake to the premiership in 2001 and is another Hall of Fame induction candidate.

The late Ken MacDonald OAM dedicated five decades to Eastlake Football Club. His drive as an administrator is seen as one of the major factors behind the club’s success on and off the field. 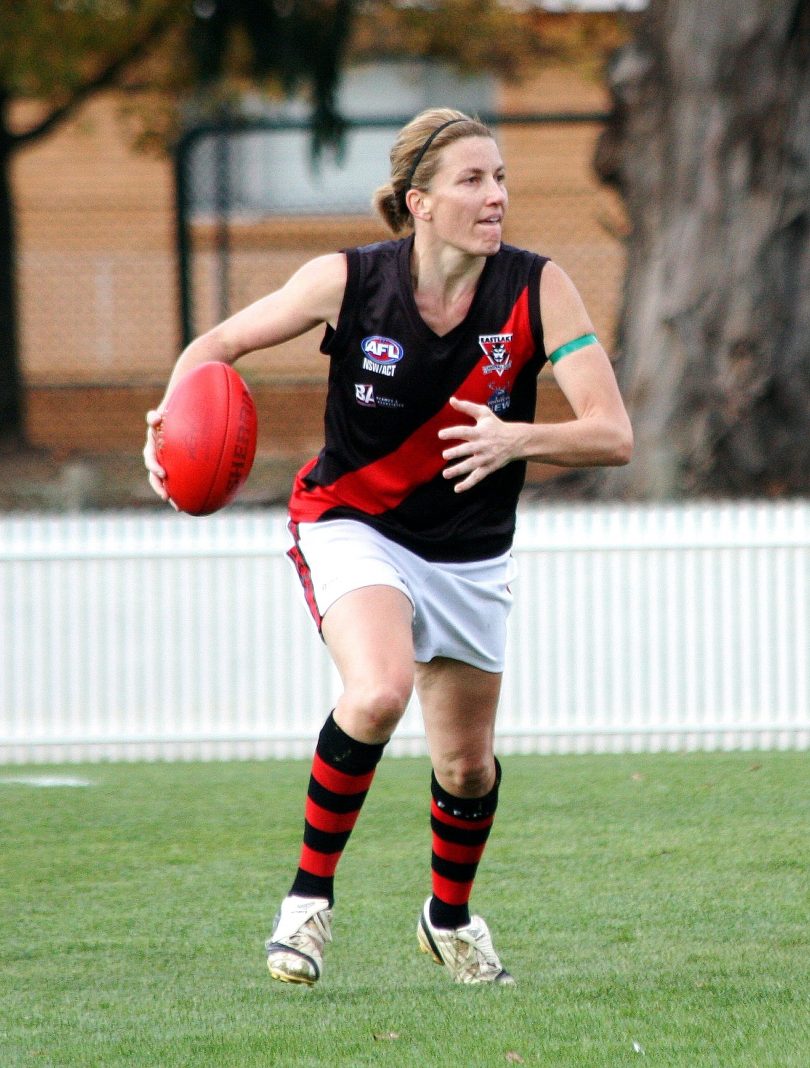 As a long-time club president, MacDonald was instrumental in establishing a licensed club adjacent to Kingston Oval, before Eastlake moved to its current location in Griffith. The site is now occupied by ACT Table Tennis.

As expected from a club with such a prominent record of high achievements, the list of candidates to be inducted into the Hall of Fame is lengthy.

Legendary player and coach Keith Miller is on the subcommittee assessing the candidates. He says the plan was to stage the event in 2020 but it was postponed because of COVID-19.

The Hall of Fame inductees will be announced at a special function on 24 July.

When is Neil Conlan going to be recognised?????

Melissa Nicole Guy how awesome is this!!! ☺️

Peter Downs Neill who is that young rooster chairing Roger Duffy off the ground in the second picture? Any chance of you getting a nomination? You’re responsible for Jezza going to Carlton, apparently.

Murray, thanks for pointing that out!! What an awesome photo!! He hasn’t changed!

From memory, this was Roger’s last day as playing coach in 1964. Joe Mickelson is on the left, yours truly on the right, and the little tacker is Alan Duffy, who later played over 200 games with Eastlake. A caption in the newspaper was “That’s my Dad !”

I kept the paper clipping and at Roger’s funeral in Echuca, I gave it to Alan. He didn’t know it was taken !!

What about Wally Austin the full blooded Aboriginal player that played for Eastlake back in the day?

Wally was a great friend of my father Paddy Gowing. Paddy also played alongside Alex for a couple of years.

Debbie Halls I worked with Wally Austin for about 8 to 10 yrs he was a great mate of mine, is his son still around, the last I heard of Wally was when he went to Darwin to be with him,then I heard he passed away.

Graham Rodgers Wally was a good friend of my Dads also. He would join us on Sunday for baked lunch. I’ll check with Dad about his son. Good Memories🤗

I worked with Wally when I was an apprentice plumber, very gifted and good story teller.

Debbie Halls let me know about his son please

Laura you should demonize people you don't know. The application was denied by ACAT because the… View 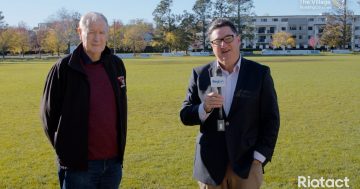 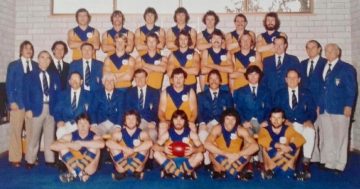