Ambulances were being diverted from Canberra Hospital to Calvary Hospital due to high demand. Photo: File.

Canberra Hospital’s emergency department (ED) has experienced record demand this week, setting a record for attendances on Monday (16 November) and forcing staff to divert ambulances to Calvary Hospital yesterday afternoon to ease the pressure of the increased demand.

More than 330 people attended the ED on Monday causing wait times to balloon and the hospital to implement a partial ambulance bypass, although pediatrics and trauma patients continued to be seen at Canberra Hospital.

At least five patients were diverted to Calvary but the cause of the spike is not yet known, Health Minister Rachel Stephen-Smith said.

“We are looking into exactly what has occurred here but we have been seeing high rates of mental health presentations at Canberra Hospital and that is part of the reason we are seeing those long rates at emergency,” she said.

“There did not seem to be any particular clear reason for that but Canberra Hospital and Canberra Health Services will look through that data to identify any trends.”

Respiratory presentations have increased in the past few weeks due to a particularly bad pollen season.

“It does appear that we are seeing increased cases of respiratory conditions, probably including asthma, so that is one of the things we are looking into – what is the pattern of what we have been seeing?” 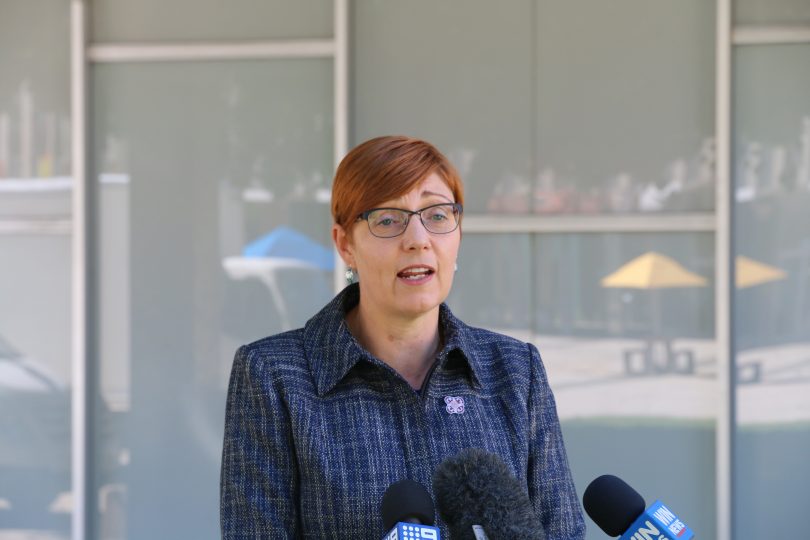 Canberra Liberals health spokeswoman Giulia Jones said this week’s surge is the latest of many examples of capacity and workplace pressures at the Canberra Hospital.

“The government continues to talk about their plans to improve the health system, but the evidence repeatedly shows this is not happening,” Ms Jones said.

“Labor and the Greens have been talking about expanding the Canberra Hospital for a decade, yet we are still waiting for the first sod to be turned.”

Ms Stephen-Smith played down the impact of under-resourcing in light of the diversions due to high demand.

The Canberra Hospital was forced to divert a number of ambulances last winter during a particularly bad flu season. It is not clear at the moment whether people with respiratory symptoms who would not normally present to an emergency department are doing so out of caution due to COVID-19, Ms Stephen-Smith said.

“[EDs] plan for surges and things like partial ambulance diversions are part of that emergency response. It is not a response that says we did not know what to do so we did this, it is part of a planned responded to a surge in demand.

“Last year we were seeing the intensive care unit nearly at capacity and … that is not the case this time. It is a different set of circumstances and it speaks to how the situation changes over time and the pressures that are on our hospitals change over time and we need to respond to that.”

Other community-centric models to handle mental health presentations are also being implemented, such as safe-haven cafes where people experiencing mental distress can present themselves without needing to attend the emergency department.

“Unfortunately we are just in a phase where those things have not come online and we are seeing those significantly increased presentations,” Ms Stephen-Smith said.

The ED can also directly admit patients to wards after 60 minutes if they have not heard from appropriate staff from this week, which will help clear backlogs during increased demand periods, she said.

For more information on managing asthma and hay fever:

Pollen high, asthma…spring, temperature rising so possibly more cases of food poisoning…good weather so people out and about and injuries abound…anyone else want to help ACTHealth with ideas on why more people presenting?