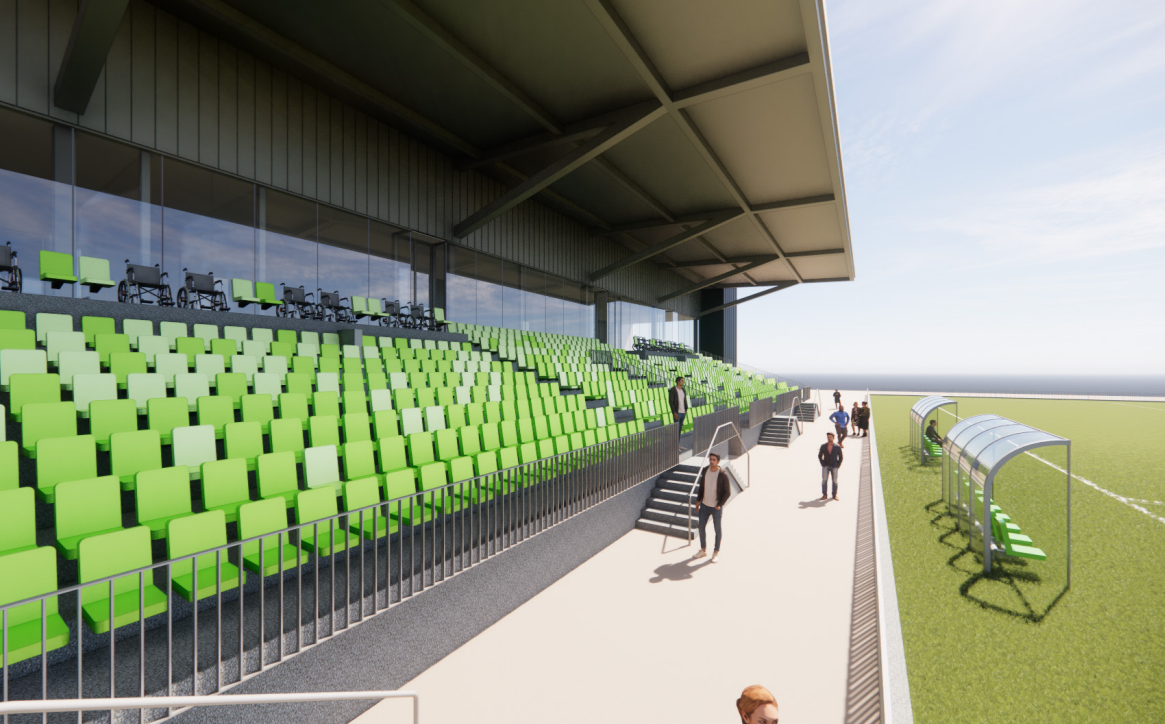 An artist’s impression of the Throsby Home of Football grandstand. Images: ACT Government.

The $33.5 million Throsby Home of Football proposal has taken another step forward with the submission of an Estate Development Plan for the project.

The project masterplan shows sports fields, internal access roads, carparks and a grandstand on the 25.5 hectare site on the corner of Horse Park Drive and Gecko Way.

The ACT Government first announced plans for the project in 2019, and a design for a facility that met national and international football requirements was released for community consultation last September.

It was designed in consultation with Capital Football, which will operate the facility once it is complete.

In June a Technical Amendment to the Territory Plan was approved to enable the project to proceed.

The EDP does not include any proposals for buildings but shows how the site will be laid out and function.

There will also be an indoor futsal facility, collocated with offices, parking for 301 vehicles, with overflow parking of at least 200 vehicles for major events and various facilities and maintenance buildings, and the grandstand.

The Futsal Hall, the main building proposed, is located towards the middle of the site and will not impact the surrounding residential properties. 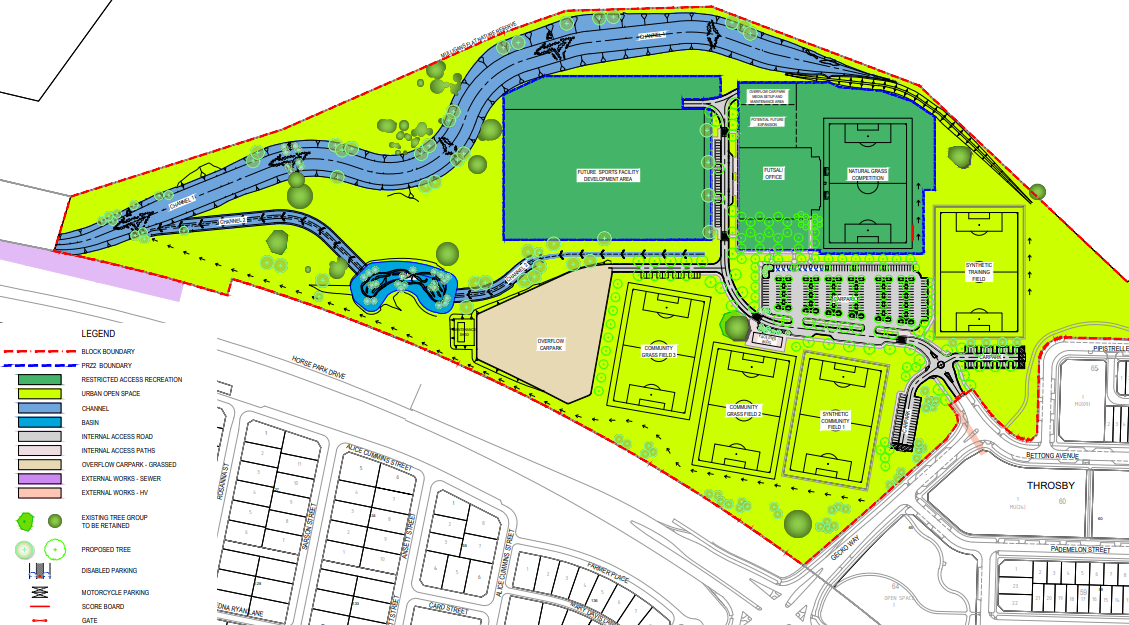 The facilities will be open to the community when not being used for formal games and training activities, except the futsal building and the enclosed main competition football field, which Capital Football will manage.

The project will be developed in stages, starting with the central futsal centre, grass competition field, community grass field and synthetic community field, carpark and a water channel.

Next will be the remaining grass and synthetic fields and the overflow carpark, followed by a future sports facility in a large development area next to the futsal centre.

Apart from the built areas, the rest of the site is to be maintained as pastoral/natural grassland like areas or as an open space outdoor recreational facility.

“This openness of site will reinforce the existing openness and broad scale of the wider Gungahlin region, and allows for views to distant hills and recognisable features that identify the area with Canberra,” the EDP says.

It says 15 per cent of the site will be hard surfaces which will reduce water needs along with the application of water sensitive urban design and use of drought tolerant grass species.

The project will require a new water channel to divert runoff around the site while local runoff will go to a treatment basin for treatment before being released.

Only one access point for vehicles is envisioned, off Gecko Way, and there will be no through road.

Roads and pathways will connect with existing pedestrian and cycling networks and bicycle parking and storage will be provided, with 2.5m wide shared paths provided throughout the proposed development.

Comments close on the EDP on 26 August. 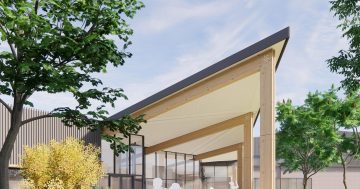 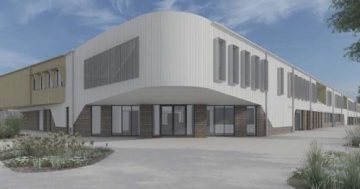 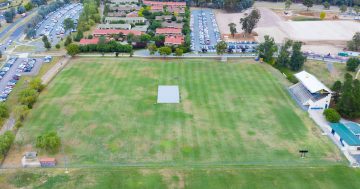