Eight things to do around Canberra this weekend (10–12 February) 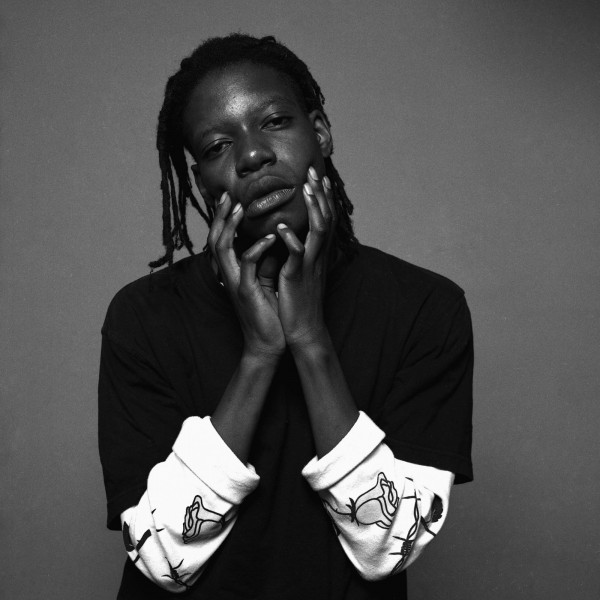 It is going to be hot this weekend, so best take it easy. Why not head to The Street Theatre, and just for something different in Canberra, hang out with a polarising politician? On Saturday night check out Charlie White’s photos at the Fitters Workshop in Kingston. If you are feeling active, go for a colourful 5km run early Sunday morning. Then spend the rest of Sunday recovering with a book from the Lifeline book fair, lunch at the Monster Bar accompanied by the Canberra Symphony Orchestra’s string quartet, and a cocktail at the Museum’s Sundaze event. 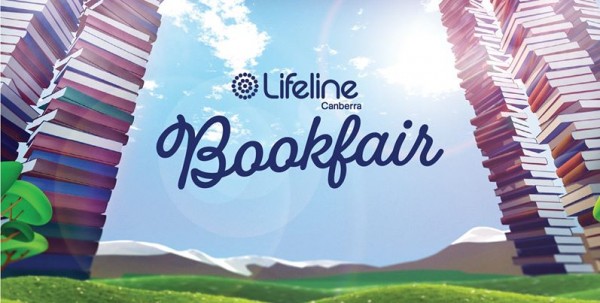 Lifeline Book Fair
When: Fri 9am–6pm, Sat 9am–5pm & Sun 10am–4pm
Where: Exhibition Park, Corner of Flemington Rd and Northbourne Ave, Mitchell
Lifeline is holding its biggest ever book fair this weekend with more than half a million items for sale. This event is Lifeline Canberra’s biggest fundraiser and it helps Lifeline fund its phone crisis support service. Books, magazines, games, jigsaws, comics, maps, sheet music, records, CDs and DVDs will be available. Doors open 9am Friday, entry is by gold coin donation and parking is free. Saturday is family day with activities for the kids. 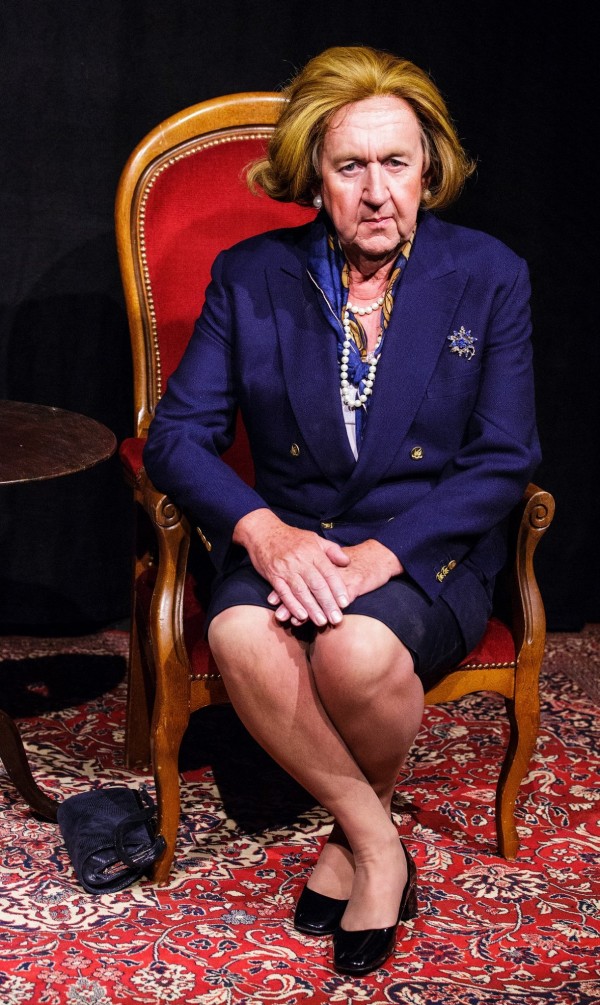 Pip Upton: Maggie
When: Fri & Sat 8pm, Sun 6pm
Where: The Street Theatre, 15 Childers St
Had enough of Donald Trump? Why not take a trip back to 80s and spend time with that other polarising politician with distinctive hair—Margaret Thatcher. Written and performed by Pip Upton, a British actor and playwright who has made a name for himself channeling famous historical characters, this show invites the audience to listen to Maggie’s philosophies and inspiration before asking her a question. What does she think about Brexit, Donald Trump or Cory Bernardi starting his own party?

Friday
Showtime in the City
When: Fri 4:30–9:30pm
Where: City Walk
Preview this year’s Royal Canberra Show in the heart of the city. There will be a patting paddock, showbags, clowns and a sideshow alley. You will also be able to buy this year’s show, which will be later this month (24–26 February) at the event.

Country Affair
When: Fri 5–8pm
Where: The National Portrait Gallery
The National Portrait Gallery is keeping its doors open late again this Friday. This week, get your feet tapping and fingers clicking along to lively, fun gypsy-swing-style tunes provided by local band Doctor Stovepipe. You can also view the Gallery’s exhibitions including a highlights tour of The Popular Pet Show at 7pm (exhibition ticket required). 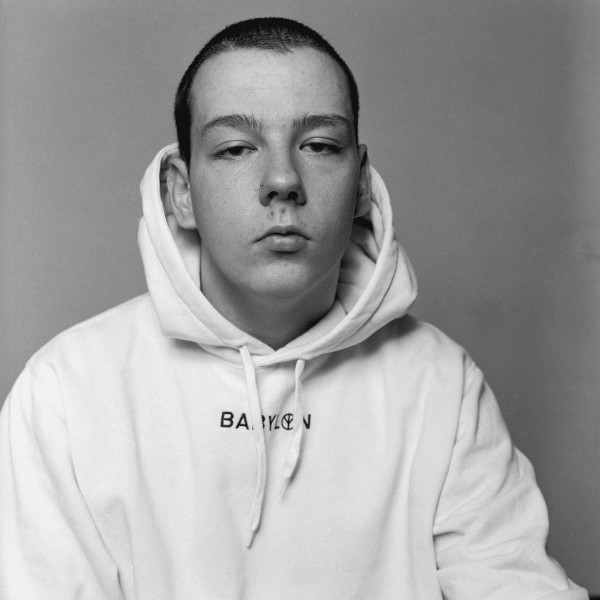 Large Portraits
Where: Sat, 6–10pm
When: Fitters Workshop, Kingston
Large Portraits is an exhibition of large scale black and white portraits by Charlie White. The exhibition is the culmination of 5 years work. While at uni, White photographed 80 people for an honours project, and after he finished uni he just kept going. “This show … is nice way to see how I’ve changed as a photographer [over that time]” says White. The subjects of the portraits are mostly people White has met while working as a fashion photographer in New York, Sydney, Canberra and Melbourne. The photographs are all hand printed silver gelatin prints produced in a darkroom, and are over 1 metre squared in size. “There’s something that still makes me excited about seeing big photographic prints,” says White. “In a time where we spend most of time looking at images on tiny screens, it’s refreshing to look at a photo that’s larger than a laptop screen.” The exhibition is on for only one night in the Fitters Workshop, Kingston. “I really wanted this show to be at the Fitters,” says White. “I have always fantasied about doing an exhibition [there]. It’s such a grand space and has a different vibe to many of the other smaller Canberra galleries. It seemed to fit with the tone of my portraits as well—still and heavy. 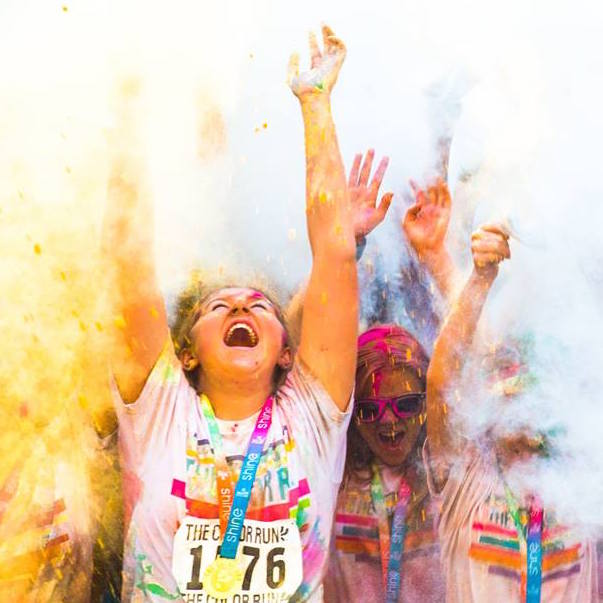 Color Run
Where: Stage 88, Commonwealth Park
When: Sun 8am
The Color Run is a five-kilometer, un-timed run. Start by wearing white and get doused each kilometre with a coloured powder. According to Color Run, its participants are of all ages, fitness-levels, shapes and sizes, and more than half of them will be first-time 5km runners. It is all about making exercise fun and encouraging people to incorporate more of it into their lives. After the run, there will be a finish-line festival with music, dancing and more colour throws!

Summer Strings in the Salon
When: Sun 1–3pm
Where: Monster Salon and Dining rooms
For a very civilised Sunday afternoon, the Canberra Symphony Orchestra’s string quartet will be playing beautiful music in the Monster Salon and Dining rooms. For $70 you can eat lunch and listen, or for $20 you can just listen. The menu features Goldband snapper, fennel, caper and raisin vinaigrette, or eggplant with smoked goat’s curd and sesame for vegetarians, followed by chocolate, sea salt, peanuts, burnt butter ice-cream. 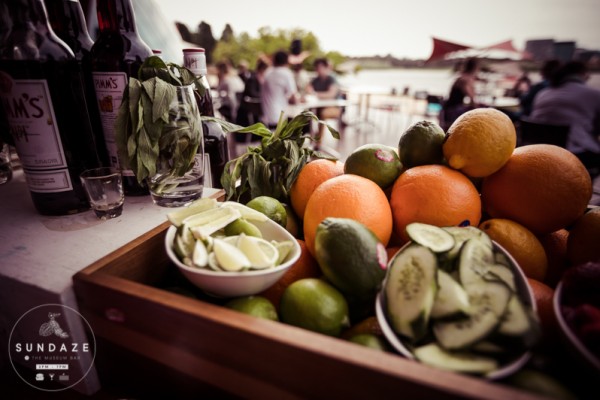 Sundaze
When: Sun 3–7pm
Where: The National Museum of Australia
Squeeze the last out of your weekend with food, drink and music on the lakeside deck of the National Museum of Australia. This week’s event features Liam Wright, a local roots, indie folk singer-songwriter. He is an old-school, one-man band who creates cruisy music and tells a compelling story. Liam is working on releasing an EP this year, check out his music at Triple J Unearthed.

David Pollard - Independent for Yerrabi 2020 - 7 minutes ago
Kylie Robinson I’m concerned with mental health support for young people, particularly - but not only - through schools. I... View
Jack Hearps - 5 hours ago
Christopher Stuart Veilands compared to other authorities ... shires etc ... ok.... View
Jack Hearps - 5 hours ago
Bethany Williams your very aware ... the LP is not what it was progressing to be ... it has been taken over by the religious... View
Business 4

Kosher Ayatollah - 11 hours ago
Robson Rotation is why we need so many corflutes. Candidates are fighting within their own parties for recognition, not the p... View
News 2

Tara Murray - 15 hours ago
Jason Livingstone not to mention the cull after that which in my opinion wasn’t necessary... View
Jason Livingstone - 16 hours ago
What was the number of wildlife lost due to the fires? 2020 has not been good to wildlife.... View
ACT Election 5

Liv Ruth - 18 hours ago
Hi Jim Jim, if that is Covid debate you are talking about, this should be applied against everyone’s next rates invoice in... View
show more show less
*Results are based on activity within last 7 days

Canberrans will soon be able to fly direct to the holiday destinations of the Sunshine Coast and Cairns, and direct...
Opinion 91

Nine things to do around Canberra this weekend (8–10 February)

@The_RiotACT @The_RiotACT
A long-running Canberra speakers series on architecture has a new lease of life from COVID-19. The best practitioners from around the country are now on Zoom for inspirational house ideas https://t.co/kTbvy5YAHo (5 hours ago)

@The_RiotACT @The_RiotACT
Keen to get your foot in the property-ownership door? Canberra Raiders star Josh Papali’s home in Ngunnawal, full of sporting memories, will be auctioned on 3 October https://t.co/E0KXmrYRCh (7 hours ago)