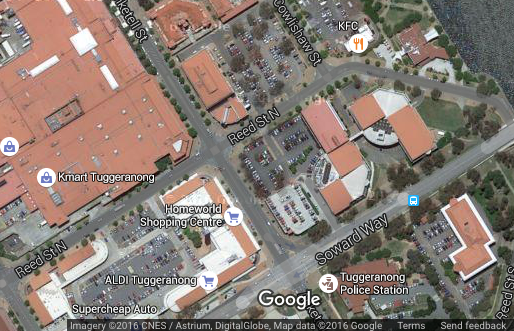 Workers have returned to a Greenway office building evacuated earlier this morning after an emergency services staff investigation into the cause of a smoke smell found nothing.

ACT Fire & Rescue worked with electricians on the investigation but were unable to determine the cause of the smell of smoke.

Firefighters had earlier evacuated approximately 30 people as a precaution from the building on the corner of Reed Street North and Anketell Street.

ACT Fire & Rescue and ACT Ambulance Service first responded to the incident at around 9am.

Hazmat conducted atmospheric monitoring and found the area was clear. No one required treatment from paramedics.

David Jenkins - 48 minutes ago
Road rules aren't the same as licencing 🤷‍♂️. Make up your mind which you're going to have a whinge about. Given hor... View
Claudio Neumann - 5 hours ago
Jesse Pricsina I feel these vibes very strongly. also get off my lawn darn kids with their scooters View
Michael Ilsley - 6 hours ago
I love scooters, fabulous! View
News 12