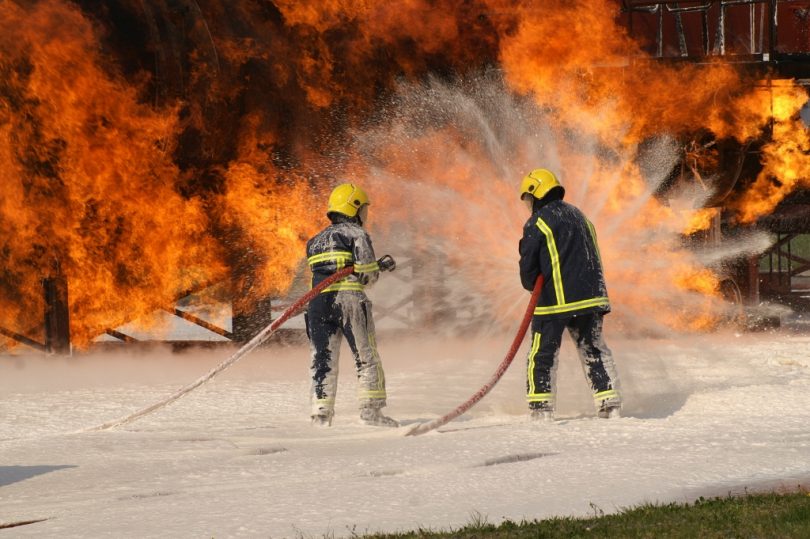 The Emergency Services Agency will soon begin testing for toxic substances connected to the use of fire-fighting foams at Canberra fire stations.

The aqueous film forming foams, containing potentially harmful polyfluoroalkyl substances (PFAS), were used by the military, airport fire services, and urban fire services including ACT Fire and Rescue, which phased them out in 2005.

However there are fears they have left a toxic legacy in soil and groundwater here and in other sites around Australia, although the latest advice from an independent panel established by the Federal Government says there is limited or no evidence to link exposure to PFAS chemicals with human disease, such as cancer.

“However, the panel noted that even though the evidence for PFAS exposure and links to health effects is very weak and inconsistent, important health effects for individuals exposed to PFAS cannot be ruled out based on the current evidence,” the panel’s report said.

CRC CARE says PFAS can enter ecosystems and move up food chains, accumulating in animal and human tissue, including the liver and blood. They have been linked to bladder and liver cancer, endocrine disruption and developmental and reproductive toxicity (including neonatal mortality).

The ACT United Firefighters Union has accused the Government of inaction on the issue and called for a coordinated response including site testing, health checks and blood testing, and an assessment of vehicles and equipment.

But Chief Fire Officer Mark Brown said claims that it was a ‘contamination crisis’ were overblown.

He said the ESA had been waiting for the PFAS National Environmental Management Plan to be published before embarking on a testing program, which will begin with the Fyshwick station.

It is the site next likely to have PFAS substances after the old Belconnen Fire Station and Training Facility in Lathlain Street, which tested positively for PFAS last year in a separate sampling by another agency.

“We did a risk assessment of current and former sites based around the likelihood that those foam compounds were used for training on those sites prior to 2005,” he said.

Other stations on the ESA’s list are Gungahlin, Chisholm, Ainslie, Phillip, Kambah and the former fire station at Forrest, which is now a fire museum.

“We will work down the priority list and engage environmental scientists to undertake that sampling for us. We are in the process now of engaging someone to do the sampling there [at Fyshwick],” Mr Brown said.

But there is no guarantee all of the sites will be tested.

“We might get down to our low-risk sites and the first ones show no contamination whatsoever, then it’s probably unlikely we’re going to test them all,” he said.

“There was not a lot of training using those substances at some of our smaller stations, and so it is unlikely we’re going to find anything there, we hope.”

Fairfax Media reported that other sites confirmed to have PFAS include the Canberra Airport and the former Charnwood Fire Station site at 35 Lhotsky Street which was sold by the Land Development Agency and is now slated to be a childcare centre.

Fairfax reported that Airservices Australia had agreed to dispose of contaminated soil from the airport, while the ACT Government said the levels of PFAS at the Charnwood site fell below threshold levels set by the Environmental Protection Agency in the United States.

US thresholds were used when the site was sampled in 2014 and 2015 because there were no established benchmarks in Australia at the time.

This was echoed by Mr Brown who said the PFAS plan provided guidelines for monitoring and sampling, how to assess contaminated sites, analysis and landfill disposal.

“A lot of sampling prior to that done around Australia couldn’t have been conclusive because it really wasn’t comparing the results to any known benchmarks,” he said.

Mr Brown said even if some sites were found to contain PFAS they may be left undisturbed if covered by concrete.

“Depending on expert advice, it may be the stuff can be left ‘in situ’ because there is no exposure risk because it’s under four inches of concrete,” he said. “Or it may be that the contamination will require a certain level of soil to be removed from the site and remediated.”

Mr Brown rejected union calls for health and other checks, saying the ACT Health and WorkSafe advice to the ESA is that specific screening is of no benefit because there is no documented relationship between PFAS exposure and any disease, and therefore no benchmarks to compare the results to.

He said the ESA had already provided the union with very comprehensive details about trucks and equipment, with most trucks not even built when PFAS was phased out.

“It seems a bit over the top to monitor for something that hasn’t been there for 13 years and has been replaced and flushed out multiple times since then,” he said.

Fairfax also reported that the Government had set aside funding for the old Belconnen fire station site to be remediated prior to sale.

It said other sites in the ACT would also be tested, including water monitoring sites, landfill, fuel storage and sewage treatment plants, which are potential sources of PFAS from household, commercial and industrial activities.