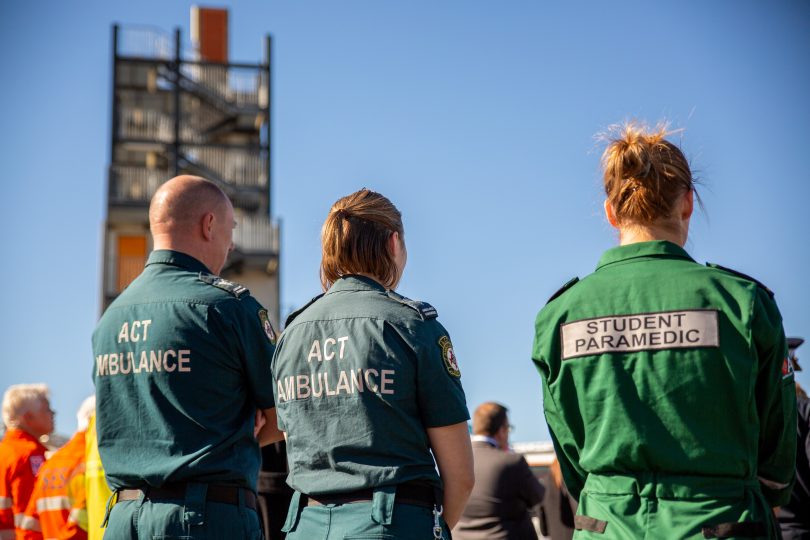 The ESA has signed an Inclusion and Diversity Commitment statement to signal their support for the LGBTIQ+ community. Photo: File.

The ACT Emergency Services Agency (ESA) has created a plan to promote a safer and more inclusive work environment for LGBTIQ+ people.

Minister for Police and Emergency Services Mick Gentleman attended the signing ceremony where the ESA and government co-signed a statement reflecting a push to make all employees feel valued and included, regardless of how they choose to identify.

“The Inclusion and Diversity Commitment Statement sends a strong message that ESA is creating an environment for everyone to work without fear of discrimination, judgment or persecution,” Mr Gentleman said.

“I have no doubt that the agency’s leaders will carry the values of this statement into each service and on to their individual teams and squads.” 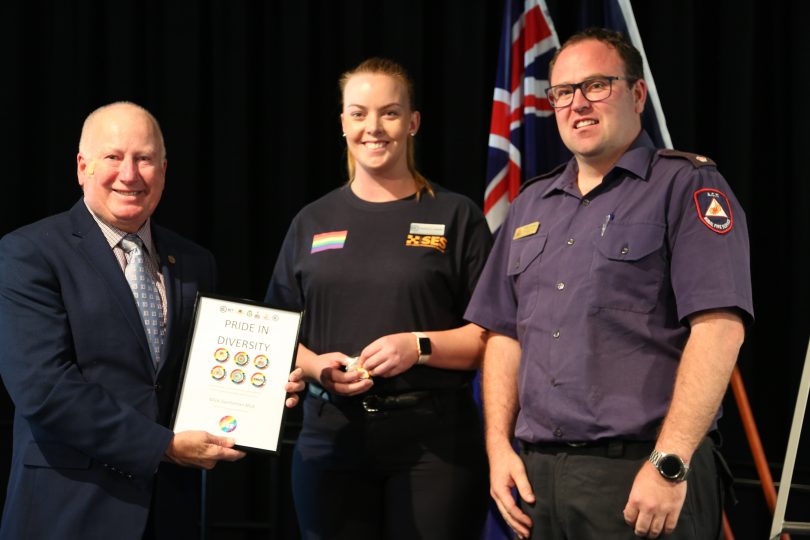 Minister for Police and Emergency Services Mick Gentleman signed the Inclusion and Diversity Commitment statement with the ESA. Photo: Supplied.

“As the Territory with the highest percentage of ‘yes’ votes in the 2017 plebiscite, I am proud that our emergency services are part of Canberra’s inclusive community.”

Despite the vote, Chief Minister Andrew Barr says that the government needs to continue working with grassroots communities to foster this sense of inclusion and acceptance.

Mr Barr recently conceded at the University of Canberra’s UnCover event that trans and intersex employees still aren’t coming out until they are certain their value at work means that they will not be fired, and some intersex and trans jobseekers were being rejected or fired from industries that were “screaming out for workers”.

“Progress is not linear,” Mr Barr said. “Things can regress quite quickly.”

As such, the government’s Capital of Equality strategy is hoping to remove some of the barriers facing the LGBTIQ+ community in everyday life. 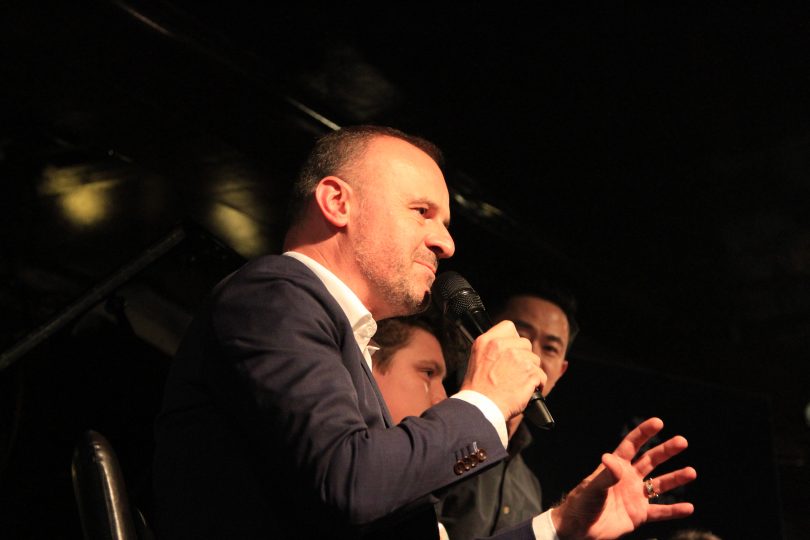 “We have probably always been better and more accepting that most parts of Australia, but I think our journey in recent times has accelerated to where we are now but not without a lot of hard work, and not without a lot of emphatic and grassroots community work,” he said.

Although the recent Inclusion and Diversity Commitment Statement by the ESA is not directly related to the Capital of Equality strategy, it is part of a greater push by the government to make workplaces more inclusive, not just for gays and lesbians, but for everyone in the ‘pride’ community.

“There has been a lot of progress for the G component of our LGBTIQ+ community, and there is a real emphasis in this strategy on other groups within the broad rainbow coalition,” Mr Barr said.

The policy framework of the strategy aims to guide the community to implement programs and initiatives that will help to make Canberra the most inclusive city in Australia. Awareness, reforms and more accessible programs are outlined as the three pillars the government is working towards in the medium term to make sure every person, regardless of gender identity, can be adequately supported in workplaces and community services.

Effective programs that make it easier to and quicker to access support services, such as reporting hate crimes to police, are a staple of the strategy to help marginalised people speak up and feel safer in the community.

A list of specialised LGBTIQ+ support services can be found at Community Services.

Varalakshmi Nathan - 14 minutes ago
Not every one rides a motorcycle. My husband had motorcycle and had fallen off and had bruises. Same with my son also. We nee... View
Jeff Smith - 2 hours ago
Woody Brenden Don't think Public Transport is better than it used to be for the average Tuggeranong resident. View
Jeff Smith - 3 hours ago
Tania Shaw Too true Tania. My bus use to take 12 minutes and two stops from Kambah straight to Woden, the bus changes in 2019... View
News 11

Paul Komnacki - 3 hours ago
AR version? Is that the one where you get a 50% chance of making it to your destination before the rust gets in? 😁 View
Food & Wine 27

ACT Emergency Services is calling for recruits, if you’re ready, willing and able

@The_RiotACT @The_RiotACT
The P-plate driver accused of crashing the vehicle resulting in the death of 16-year-old Alexis Saaghy has made a brief court appearance in the ACT https://t.co/Sqb12Xd0EB (37 minutes ago)