Beethoven Plus: Celebrating the birthday of Beethoven 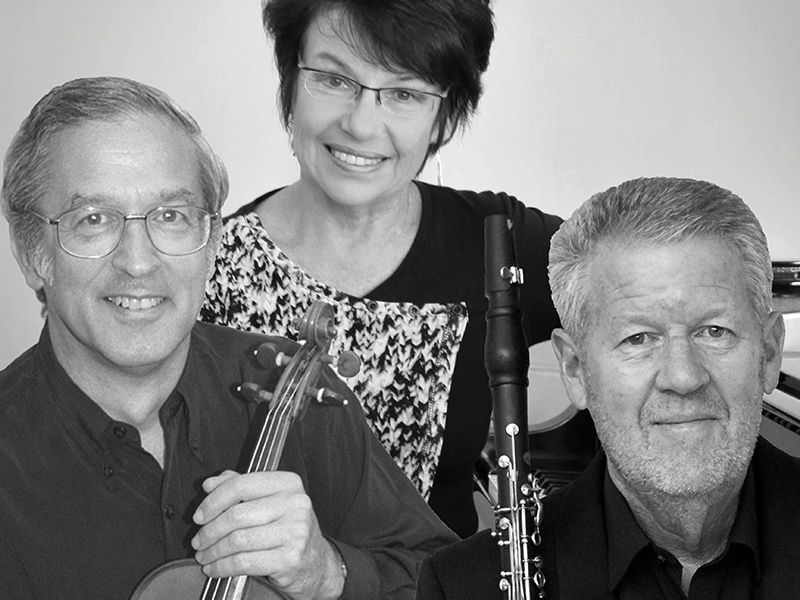 Beethoven Plus is showing at Tuggeranong Arts Centre on

Celebrating the 250th birthday of the great composer.

TAC will present two twilight concerts in 2020 – both highlighting the work of BEETHOVEN to mark the 250th birthday of the great composer.

The first concert is on March 29: “Beethoven’s First – Plus”

The second concert is on November 29 “Beethoven’s Last – Plus”

A concert featuring three of Australia’s most distinguished instrumentalists:

Beethoven: Sonata for Violin and Piano No 1 in D major Op 12

Since meeting as fellow students at the NSW Conservatorium during the late 1960’s, Andrew, Alan and Wendy, all now based in Canberra are joining forces to present a delightful mix of trios and duos old and new. In honour of Beethoven’s 250th birthday is the glorious Violin Sonata No 1 in D major. Trios include Mozart’s perennial favourite – the Kegelstatt Trio, plus a work it has inspired over 200 years later by popular American composer Eric Ewazen. Adding a touch of romanticism will be the delightful Pieces for the three instruments by Max Bruch.

A former national winner of the ABC Instrumental and Vocal Competition, Alan Vivian studied in Sydney and Vienna. He has held the long-term positions of Principal Clarinet with the Sydney Symphony Orchestra, Australian Chamber Orchestra and Canberra Symphony Orchestra. He was Guest Principal Clarinet with the BBC Symphony Orchestra in London and performed with the Orchestra of the Vienna State Opera as well as acting as Principal Clarinet with all of Australia’s state orchestras. As a chamber musician he has been a member of the Australia Ensemble and Canberra Wind Soloists, performing in over twenty countries on 5 continents, and has toured widely as a concerto soloist and recitalist. He has recorded for the Sony, EMI, Polygram, ABC Classics and Revolve labels and is a featured artist in Pamela Weston’s book, Clarinet Virtuosi of Today. During his teaching career, Alan has presented master classes throughout the world, including a period as a Visiting Artist at the Paris Conservatoire. He held the position of Senior Lecturer in Clarinet at the ANU School of Music from 1985-2012. In 2019 Alan was in Moscow as concerto soloist with the Bolshoi Orchestra.

Andrew has enjoyed a varied and successful career as solo violinist, chamber musician, orchestra leader, teacher and conductor. He has been soloist with many of Australia’s major orchestras and has also lead a number of Australia’s leading chamber groups, notably the New England Ensemble, Australian Piano Trio and Phoenix Ensemble with which he toured extensively throughout Australia, Europe, North America and Asia. Andrew has given national premieres of violin concertos by Arthur Benjamin, John McCabe and Joseph Myslivecek and the world premiere of Alexander Negerevich’s concerto also released on CD. For over thirty years he has taught at tertiary level at the Universities of New England, Adelaide, ANU and Southern Queensland, where he also conducted the USQ Orchestra and directed the McGregor Winter Chamber Music School.  Andrew has also led for the Australian Opera, Adelaide Symphony Orchestra, D’Oyle Carte Opera, London, and the New Symphony Orchestra of London. He is a member of the Canberra Symphony Orchestra and leads Trio Empyrean and the Lanyon Trio.

Active as both pianist and teacher, Wendy has performed extensively throughout Australia and overseas and appeared for major radio and television networks in Europe and Asia. A ‘Student of the Year’ graduate of the Sydney Conservatorium and Beethoven Bicentenary Medallion recipient (awarded by the West German Government), she has also belonged to a number of successful chamber ensembles including the highly acclaimed New England Ensemble, the Australian Piano Trio, the Young Sydney Piano Trio, the Phoenix Ensemble and currently the Lanyon Trio, together with violinist Andrew Lorenz and violist Robert Harris. She has appeared as concerto soloist with many of Australia’s leading orchestras, also featuring on commercial releases with the Adelaide and Queensland Symphony Orchestras and the Slovak Radio Symphony Orchestra. Also active as a music educator, she has taught at the NSW Conservatorium, the Australian National University – where she is currently a member of the Piano staff, and the Universities of New England and Southern Queensland, where she was also Head of Music from 2000 to 2004 inclusive. She has presented workshops, masterclasses and piano teaching seminars throughout Australia and overseas, (with guest residencies in China, Singapore, Malaysia and the USA), is a member and past National Chair of the Australasian Piano Pedagogy Conference Committee and is an accredited Federal Examiner for the Australian Music Examinations Board. She recently accepted the position of Artistic Director of the prestigious Australian National Piano Award.

Kylie Jay - 59 minutes ago
Megan Chapman took me 40 minutes to get from Queanbeyan West to Tuggeranong on a week day which would normally take 15 on a w... View
consumeradvocatecanberra - 11 hours ago
Most folk don't get it. Canberrans love their cars and have done so for 30 years. It's quick and convenient. But, imagine car... View
Lucy Jane - 12 hours ago
4 day week for everyone but everyone gets a different day off. Will help immensely with traffic congestion and has been trial... View
Opinion 91

Catriona Moxham - 3 hours ago
Molonglo stage 3😢 View
Capital Retro - 8 hours ago
Living on borrowed time? It's actually more like living on borrowed money, from the Territory government to the unemployed. T... View
Lesa Schuster - 11 hours ago
The housing prices need to come down, it’s very hard for many people........it’s pretty city though and does not feel lik... View
Property 19

Kalo Arepo - 9 hours ago
Were they trying to jump the queue? View
Smackbang - 18 hours ago
How about you stop passing judgement on someone you know precisely nothing about? View
Community 15

Stephen Saunders - 17 hours ago
I've been on the Donor Register for many years, and I don't think my family objects, still in practical terms, I have little... View
Motoring 6