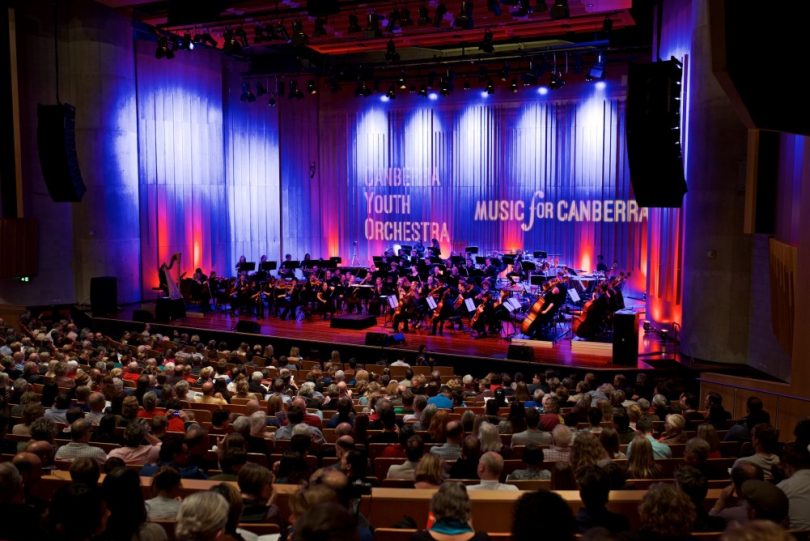 Carmina Burana will feature a range of orchestral works from the 21st century. Photo: Supplied.

Music for Canberra and the Canberra Youth Orchestra (CYO) present their first subscription concert for 2019 featuring soloists Rachael Duncan, Tobias Cole and Andrew O’Connor in an unforgettable performance of Carl Orff’s Carmina Burana on Saturday the 29th of June 2019 at Llewellyn Hall, 7:30 pm. They will be joined by Canberra Choral Society, Canberra Children’s Choir and Seasoned Voices.

Orff’s Carmina Burana is one of the most frequently performed choral and orchestral works of the 21st century. The piece is a scenic cantata composed by Carl Orff in 1936 that is based on 24 poems from the medieval collection of the same name. Carmina Burana begins with the iconic opening movement O Fortuna, which continues to captivate new and familiar audiences around the world.

This performance will present a unique collaboration between Music for Canberra’s premier orchestra, CYO, and the innovative and exciting Canberra Choral Society. These two phenomenal groups will be joined by Seasoned Voices and the Canberra Children’s Choir to create a truly unforgettable experience. While Carmina Burana is a well-known piece, this will be the first time that many of these talented young musicians will have the opportunity to perform such an iconic and masterful piece, and their inherent physical energy and enthusiasm to perform this work is not something to be missed.

Rachael Duncan is a highly acclaimed soprano who has appeared in concerts and performances around the globe. After returning to Canberra in 2006, having spent five years performing in Germany, she has been a regular performer with Stopera and the National Capital Orchestra.

Tobias Cole is one of Australia’s most successful counter-tenors, having performed throughout Australia, the UK and USA. He is currently a Principal Artist with Opera Australia and is regularly in demand by all Australian orchestras and opera companies.

Andrew O’Connor is a successful bass-baritone who is a core member of Australia’s leading flagship ensemble The Song Company. He has performed all over Australia with companies such as the Australian Haydn Ensemble, Ensemble Offspring, and The Idea of North.

Please join us in supporting some of Canberra’s finest young musicians in a night of music to remember.

Annie Wyer - 17 minutes ago
Jesse Mahoney I tried growing a whole lot in Belconnen around my complex and they faced east, they all got powdery mildew, th... View
Jesse Mahoney - 52 minutes ago
Annie Wyer I'm a post graduate trained forester with many years experience on a technical level, I know a bit about trees. Cr... View
Breaking 71

Krystyna Topor - 21 minutes ago
Helen Topor wow how unnerving. Nothing noticed by me, I'm on the ground floor. Other Sydneysiders felt tremors, however they... View
Bridget Phillips - 56 minutes ago
Jorge Gatica not in Downer either. My son lives in Wadonga. My daughter in law to be said it was awful there. My 5 year old g... View
Margaret Barnes - 1 hour ago
We didn’t feel anything here in Braidwood. View
Opinion 190

Gazza Hompepper - 26 minutes ago
Why upgrade the Canberra railway station if you cannot travel there View
Brian Kilgannon - 36 minutes ago
Moving the Kingston train station is a huge waste of money View
Brett Wheeler - 37 minutes ago
I used to love train travel but last time I tried to utilise it to go to Sydney with a pushbike, the difficulties were not wo... View
Opinion 12

Peter Bee - 58 minutes ago
Craig Sutton . A big miner or something would need to under-right an NT team. The critical mass of corporate support isn’t... View
Craig Sutton - 1 hour ago
Peter Bee Tassie and Northern Australia should be the priority for the AFL. Then they'll have a truly national competition, w... View
Craig Sutton - 1 hour ago
Failed? GWS and the Lions both have 30k members which is more than most of the NRL clubs except Souths and Para. Even the Sun... View
News 12

Janice Wilson - 3 hours ago
So beautiful. View
show more show less
*Results are based on activity within last 7 days

@The_RiotACT @The_RiotACT
Chief Minister Andrew Barr said modelling shows #hospitalisations and deaths will increase as jurisdictions begin to reopen, even when the 70 and 80 per cent fully #vaccinated thresholds outlined in the national plan are met https://t.co/XLk2fmaq5q (38 minutes ago)