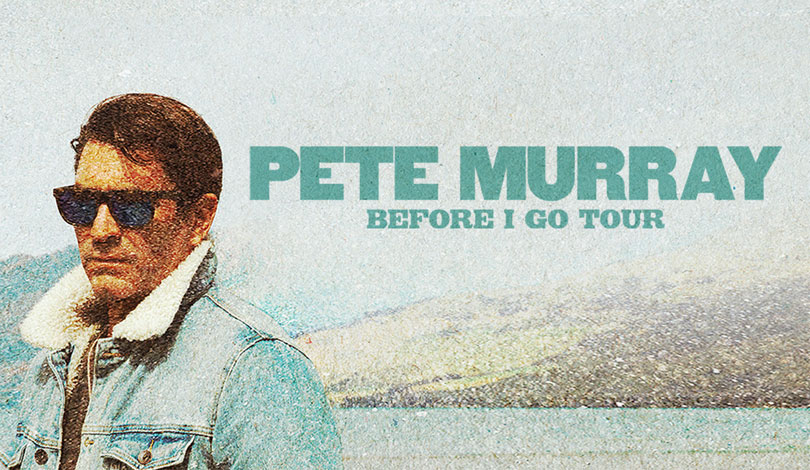 Multi-platinum selling Pete Murray is hitting the road for the first time in three years to celebrate the release of new EP ‘Before I Go’.

Having released 7 albums over an impressive career (one of only a few Australian artists with over 1 million album sales) Pete and his band are travelling the east coast, bags packed with stunning new tracks and classic hits alike!

Before I Go was written and recorded before the Covid-19 pandemic struck, and is the companion to previous EP ‘The Night’. Pete spent some of his time overseas song writing for the first time with other artists, then perfecting them once he was back at his studio in Byron during the pandemic.

In describing the sentiment behind lead single ‘You Give Me Something‘, Pete explains:

“As we grow older we start to re-evaluate our life and if things aren’t going right, we try and work out what the hell is going on. This is about someone going through this re-evaluation and the fear they have of what the future might hold, due to the mistakes they have made in the past. At the same time, they know this is good for them and it’s their chance not to make the same mistakes again.

“Honestly I can’t tell you how good it is to be back playing live music! I’ve wanted to play both these EP’s (The Night & Before I Go) for ages, I’m absolutely pumped about it!”

Supporting Pete on the tour is DACY, a sibling singing/song writing duo, formed by brother and sister Jack and Ruby. DACY create acoustic based records that blend pop, folk and R&B. The duo are set to release their debut single in 2022.